No sports betting, no problem: FanDuel jumps into Georgia anyway 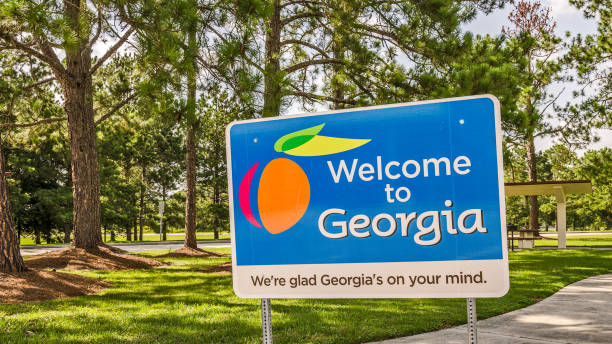 With so much progress among American states toward legalizing sports betting, there are a few states continuing to stay in neutral – but that hasn’t discouraged online sportsbooks from staying interested.

In Georgia – a state that is making very little progress toward legislation that would bring sports wagering aboard – FanDuel Sportsbook can see what is perhaps a “buy-low” opportunity for the future and is pushing its resources and its name into the state.

It’s a rich, vibrant sports market, and FanDuel has seen rapid growth all through the global pandemic. It now counts its consumer base at around 12 million customers.

Most customers know the FanDuel name because of its daily fantasy sports presence, which covers 44 states, including Georgia.

The new FanDuel project in the Peach State reportedly includes an investment of more than $15 million.

“I’m proud to welcome FanDuel to the Peach State, and I look forward to seeing the countless opportunities this project creates for the hard-working Georgians across metro Atlanta,” Kemp said in a statement. “FanDuel’s decision to open a tech hub in Georgia is a testament to our world-class universities and tech training programs, as well as the diverse ecosystem of professional sports leagues and teams we’ve cultivated here.”

According to the Georgia Department of Economic Development, more than 900 jobs are expected to be created between now and 2026, though the timeline to have the project up and running has not yet been nailed down.

FanDuel working to help the push for legalizing sports wagering

FanDuel has been active in attempting to pave the way for lawmakers to consider and ultimately approve the legalizing of sports gambling.

The sportsbook is shown to have donated more than $70,000 to Georgia lawmakers from both parties since 2016, according to the Atlanta Journal-Constitution.

“We want to bring the excitement of our product to Georgia residents when and if the Legislature decides to take that up. And we’ll support that if they do. But we feel Atlanta is best for our long-term growth,” said Chris Jones, a FanDuel vice president. “We didn’t approach this with the mindset that moving here begets legislation.”

The spotlight building is a 68,000-square-foot office in midtown Atlanta, and FanDuel plans to engage work in program design, software engineering, product development and information technology.

“During this process, it became clear that Atlanta provided FanDuel with a winning combination of access to a thriving tech cluster, respected educational institutions we could partner with, and a diverse and welcoming community eager for our arrival,” FanDuel Chief Product Officer Sarah Butterfass said, adding references to the diversity initiative and proximity to other tech companies and universities.

“We’ve had a period of unprecedented growth, especially with technology hiring,” Butterfass said. “We have a very diverse customer base, and if you think about how we’re building out the best product, we know we need to build with a diverse workforce.”

“We are excited about this opportunity to partner with FanDuel, with the state’s public colleges and universities offering some of the best courses and advanced technology training in the nation to help it thrive in Atlanta and Georgia,” University System of Georgia Chancellor Steve Wrigley said.

“A number of institutions within the University System of Georgia are at the forefront of preparing graduates for careers in this dynamic industry, teaching them critical skills that companies need to create jobs and drive Georgia’s economy.”

The national controversy centered on Georgia’s voting rights actions played a part in restricting the chances for sports betting legislation.

Democrats opposed a bill Kemp signed to greatly reduce voting rights – that bill was tied to sports betting reaching the floor – and sports betting efforts failed in the final days of the legislative session.

The Atlanta Journal-Constitution reported that Kemp is “among the Republicans who staunchly opposes legalized gambling but has also indicated he wouldn’t stand in the way of a constitutional amendment to allow casinos and betting if a majority of voters backed the idea.”