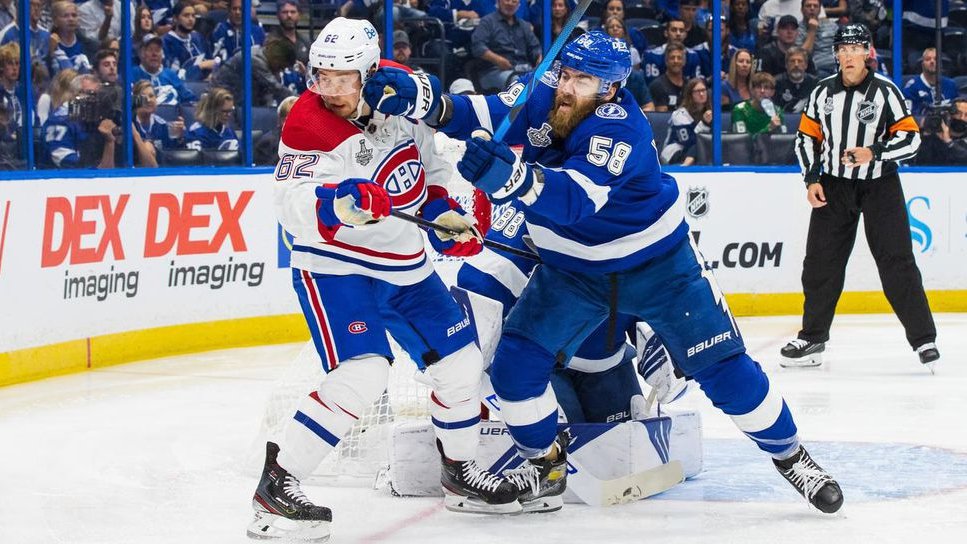 Will the Stanley Cup Finals experience a shift now that the series is moving to Montreal? The Canadiens will be hoping for that to be the case, as they return home down 2-0 to the Tampa Bay Lightning.

The Lightning have played like champions in putting themselves within two wins of a repeat, outscoring the Canadiens 8-2 in opening the Stanley Cup Finals with two home wins.

The Canadiens have done a lot of battling to reach this point, but what do they have left in them? And is it enough to overcome the Lightning’s talent and championship experience? Tonight is certainly a make-or-break night for the Canadiens, as a 3-0 lead would likely be a few bridges too far for them.

How does tonight’s pivotal tilt shape up? Let’s take a look at the matchup and the best Stanley Cup Finals Game 3 betting value.

After falling behind early on the way to a four-goal loss in Game 1, the Canadiens held out for over 26 minutes in Game 2. And when they did fall behind, they responded quickly, with Nick Suzuki tying things up four minutes after Anthony Cirelli’s second-period opener.

But that was as good as it would get for Montreal. The Lightning took the lead with two seconds left in the second period and then put a bow on the win late in the third.

The Lightning didn’t run away with the win like they did in Game 1, but they didn’t need to with their brick wall in net. After saving 18 of 19 shots in Game 1, Andrei Vasilevskiy faced more than twice as many in Game 2. And he was still every bit as stingy, saving 42 of the 43 shots he faced.

Vasilevskiy may have lost out to Marc-Andre Fleury for the Vezina Trophy, but he is a heavy betting favorite for the Conn Smythe Trophy. Vasilevskiy currently sits at -180, with Nikita Kucherov at +250, Brayden Point at +500, and Canadiens netminder Carey Price at +850. In the postseason, he is 14-6-0 with a GAA of 1.89 and a save percentage of .939. Vasilevskiy has recorded four shutouts and allowed only one goal in six other games.

Will the Price Be Right for the Canadiens?

It will be just as vital for things to stay tidy in and around the Canadiens’ net after allowing eight goals in the first two games.

Price played only 25 games in the regular season, but he has largely been at the top of his game in the postseason, and he will need to be at the Bell Centre over the next two games. He and the Canadiens have put up better numbers there than on the road in the postseason, so there is a lot for Canadiens fans and bettors to feel confident about.

That said, the Lightning are two games away from a repeat for good reason. Two of the biggest reasons did not actually pick up a single point in Game 2, which is a bad proposition for the Canadiens for Game 3.

Still, their player props offer a lot of value tonight. Point’s goal prop is the best of the bunch by far, given that he’s found the net in six of his nine away games in the playoffs.

The Canadiens have been up against the count time and again in the postseason, only to repeatedly pick themselves up off of the mat. Can they do it one more time, or does a 3-0 lead beckon for the Lightning?