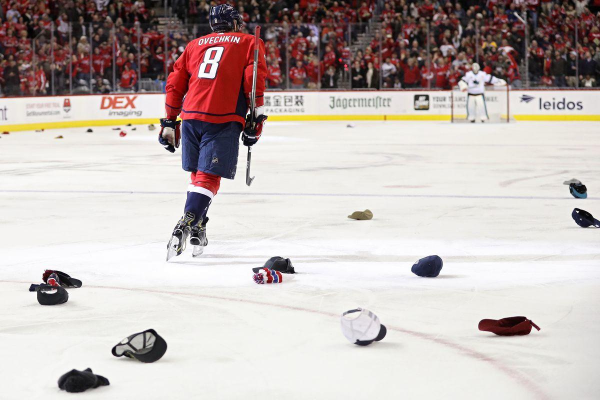 A pair of Eastern Conference contenders out of the National Hockey League will get together on Wednesday night. Two first-place teams get together; as the Tampa Bay Lightning are on the road at the Washington Capitals. Washington is looking to avenge a loss last weekend to the Lightning. Tampa Bay comes into this game as the favorite. You can bet the Lightning at -140 over the Capitals on Wednesday night,

Capitals Looking to Seal the Deal

The Washington Capitals are no strangers to the National Hockey League postseason. They are making every effort at getting back with their 93 points. Washington leads the Islanders by 12 points and Penguins by 4 points. The Capitals are third overall in the Eastern Conference and just 9 points up on a jammed pack postseason race. The Capitals are 8-2 in their last 10 affairs.

One of the best players in all of the National Hockey League is left wing stud Alex Ovechkin. #8 has 48 goals on the season, with 17 of them coming via the power play. Ovechkin also has added 34 assists on the season as well. John Carlson has been fantastic for Washington once again this season, 52 points, including 27 power play assists. The goaltending for Washington has been solid; with Braden Holtby leading the way with a .909 save percentage and 27 wins.

The Tampa Bay Lightning are going to head into the Eastern Conference with the top seed, and home ice throughout the entire Stanley Cup Playoffs. Tampa Bay has won five straight games, and have lost just 7 games on the road all season. The Lightning lead the Bruins by 19 points at the top of the Atlantic Division. Tampa Bay has the best goal differential in all of the league with 287 goals and allowed just 191.

The top goal scorer for TampaBay this season has been center Brayden Point. He has scored 38 goals this season, with half of them coming via the power play. Goaltending for the Lightning has been anchored by Andrei Vasilevskiy. He has allowed 107 goals this season, but just 2.26 per game. His save percentage is at .930, and he has a league-high 35 wins this season.

The last time the Lightning lost was at home to the Wild; where they were shut-out 3-0. Tampa Bay has won 5 straight games since that loss, and in their last 19 games, they have won 17 of them.

All good things must come to an end, and that’s the streak of the Tampa Bay Lightning. These are arguably the two best teams in the Eastern Conference, and Washington has much more on the line. Look for the home crowd in Washington to be ready to rudely greet the Lightning. They are hoping for an Eastern Conference Finals matchup, and the defending champions would love to set the tone early. When betting on this game, Alex Ovechkin and the Washington Capitals seem to be the team to bet on. We are betting the Washington Capitals +120 over the Tampa Bay Lightning in this huge showdown on Wednesday night.