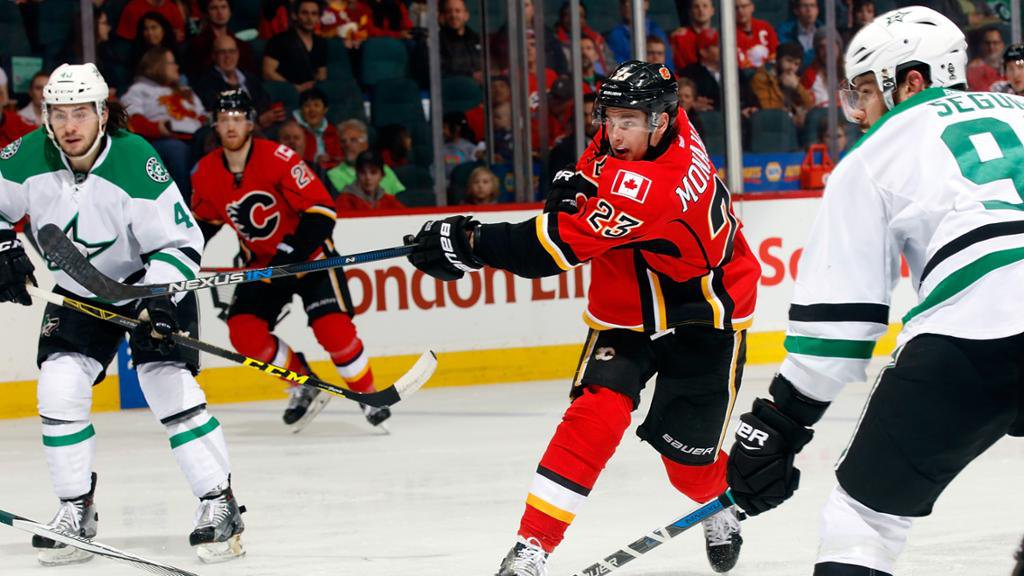 The Dallas Stars will visit the Calgary Flames on Wednesday night with the series tied at 2-2. The Flames pulled out the road victory in Game 4 to even things up as they head back to Calgary.

The series has been nothing short of spectacular, that is, if you like defense and goaltending. Every game in the series has been highlighted by one of the goaltenders going above and beyond to give their team a victory. In Game 4, it was Jacob Markstrom.

Markstrom stopped 34 of 35 shots by the Stars and had a shutout heading into the final 5 minutes of the game. For the Stars, their goaltender also had a decent night. Jake Oettinger made 50 saves on 53 shots as the Flames continued to pound pucks at the net.

Heading into Game 5, both goaltenders will be on their game and will be playing at a high level. Offense will be at a premium on Wednesday night when the teams meet to break the series tie.

The odds favor Calgary heading into the contest, as they have home ice advantage. However, with both defenses having success, it is a toss up as to who has the true advantage.

The Calgary Flames have relied on their solid play in the net to get where they are in the Stanley Cup Playoffs. They had a combined 2.51 goals against average in the regular season. They have surpassed that mark in the postseason and are keeping the Stars guessing every time they shoot the puck.

The defense is also helping the goaltenders by not allowing many shots through. Calgary allowed the fifth least amount of shots on goal and are continuing to make it difficult when the stakes are even higher.

If we look at the trends, Dallas has won 16 of their last 18 games against the Flames following a loss. After their Game 4 loss against Calgary, this comes into play.

The Flames play really well on Wednesdays. They have won the first period in each of their last 7 Wednesday games.

The Flames will look to beat up on Dallas early and play with the lead. The Stars will focus on stout defense and playing like they have all series long to try and come through with a Game 5 win.

I expect this matchup to be yet another low scoring affair. These two teams were built to grind out wins in low scoring situations. The goaltending will be solid and we should see a close one at the end of it all.

We are in for another defensive battle. The score should be low, and goals will be at a premium with the solid goaltending.

The Flames get to play back at home north of the border, so they have the advantage there. I don’t see them slowing down after their Game 4 win. Calgary should be able to pull this one out.

The 2022 French Open is underway at Stade Roland Garros in Paris, France, and we are already almost through the first week of play. Tomorrow, the remaining third-round matches will take place, after which the men’s and women’s singles draws will be down to their final 16 contenders. In both men’s and women’s singles, there END_OF_DOCUMENT_TOKEN_TO_BE_REPLACED