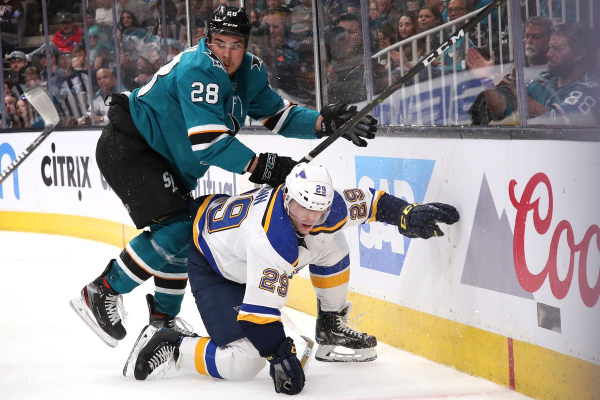 The St. Louis Blues and the San Jose Sharks are locked into a battle for a chance to win a Stanley Cup. After two games in San Jose, the series heads to St. Louis. The Blues dropped the first game 6-3, then snagged a 4-2 win in Game 2. So far, this series has been a very offensive series, and I don’t expect that to change.

The Blues made some good adjustments coming into Game 2, and they worked out well. We now will be able to see if the Sharks can make those same kind of adjustments as we head to Game 3. Both teams are really wanting a win in this one as a 2-1 series lead in this series would be crucial. The Blues are favored by 1.5 goals in this one.

One thing that might make fans a little more relaxed is that the Blues are 10-4 in their last 14 home games straight up. The other side of that is that they have struggled mightily recently. The Blues are averaging just 2.14 goals a game at home in the playoffs. With an average like that, the Blues shouldn’t win many games at home, much less playoff games. The Blues also haven’t scored more than three goals in any of their home games this season. In their last three home games in the playoffs, the Blues have scored two or fewer goals. With a big game on the horizon, I expect the Blues to be able to overcome that scoring hump. If they don’t, they won’t win either of these two home games.

Sharks Look to Streak into Game 4

Both teams really need a win in the third game of the series. Both teams have had great success so far this season and are hoping to see it continued for seven more wins. Seven wins earns them the right to hoist the Stanley Cup, and winning this game is crucial to that goal. I think the Blues have all the momentum, but they struggle at home. I think the Blues will win the game but by one goal. Take the Sharks to cover the spread.