Penguins vs. Rangers Game 5 Odds and Predictions: Penguins to Finish Off Rangers and Win the Series 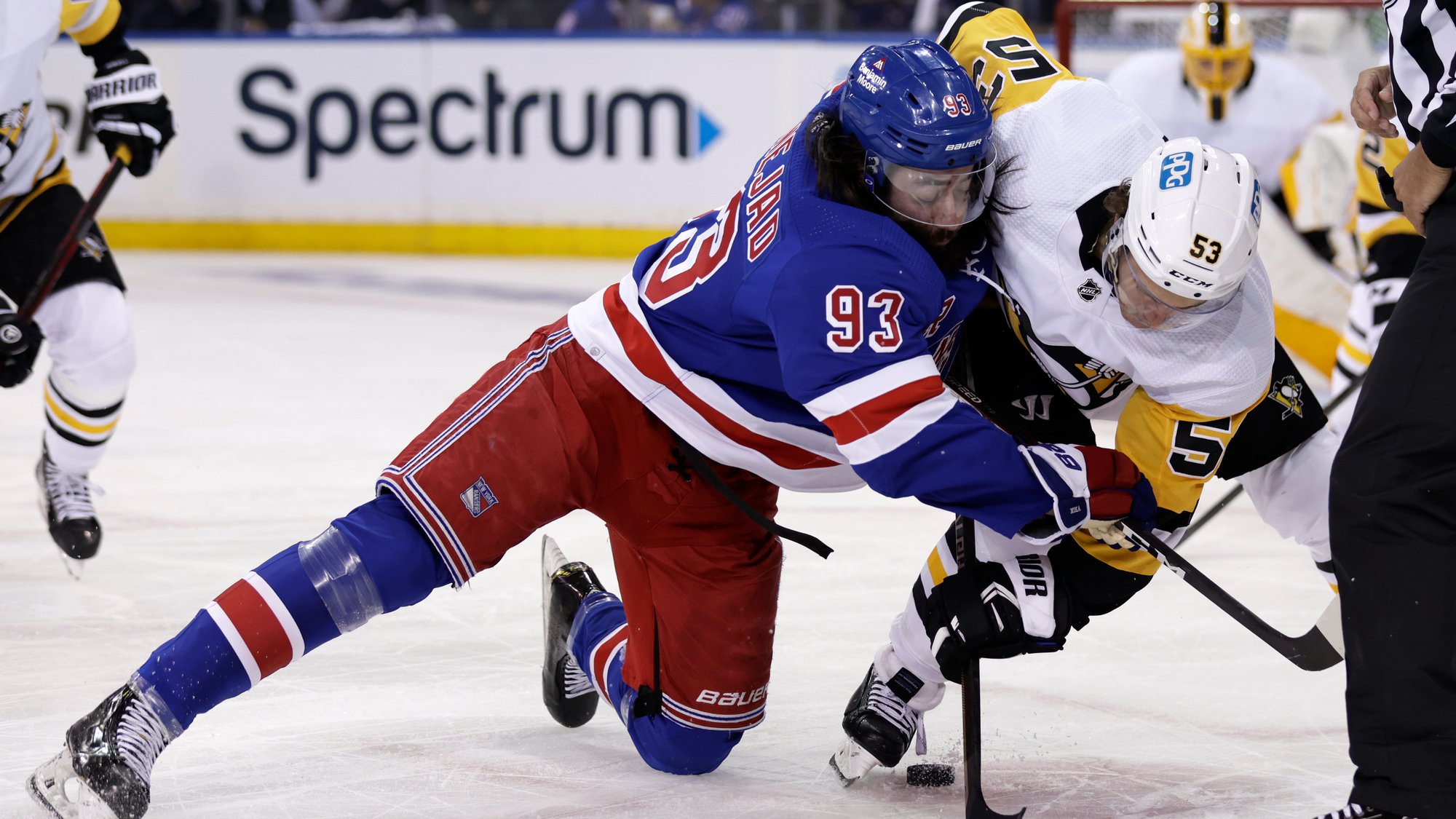 The Pittsburgh Penguins travel back to New York to face the Rangers in Game 5 on Wednesday night. The Penguins have a commanding 3-1 series lead and can finish off the series on the road.

Game 4 saw the Pens absolutely dismantle the Rangers in a 7-2 final. Rangers’ goaltender, Igor Shesterkin, was pulled from the game following a second period in which he gave up 5 goals. Sidney Crosby and Jake Guentzel lead the Penguins’ attack on offense, and netminder, Louis Domingue, stopped 22 of 24 shots.

The Penguins only committed one penalty in the game and limited the power play opportunities of the Rangers. They also outshot New York 41-24 and went 1 for 3 on their own power play.

This is the second straight game in which Pittsburgh has put up 7 goals. Their offense has been on another level, and the Rangers have had no answer with their defense.

Pittsburgh has now won two in a row and will go for number three on Wednesday night in Madison Square Garden. Even though they have been an offensive machine the past few days, they are listed as the slight underdog on the road in Game 5.

The total goal line has gone over in every game this series. Each game has seen 7 or more goals, and the offenses are putting on a show.

However, Pittsburgh’s showing on offense has been far more impressive. They have done so well that the Rangers have had to make goaltender changes twice during the series. The Penguins are keeping New York guessing as to what they will have thrown at them next.

Pittsburgh is getting production from all of their lines, although their top line is doing the most damage. Jake Guentzel, Sidney Crosby, and Bryan Rust have combined for 8 goals in the series through just 4 games. The first line forwards are producing at a high level, and stopping them is going to be a challenge moving forward.

The Penguins have outscored the Rangers 20-14 and are averaging 5 goals per game through the first 4 contests. If New York doesn’t make any changes, they won’t be able to keep up with the high rate of attack.

Pittsburgh is listed as the underdog for Game 5, but I don’t buy it. They have outplayed their opponent in the series and shown the ability to strike quickly. Even being on the road, I would have to give the advantage to the team who is finding more success shooting the puck.

I expect this game, just like every other one, to go over the total goal line. With precision and overall power, the Penguins have a strong chance at making it out of the first round Wednesday night.

The Penguins’ offense is too powerful right now. They have all the momentum and are one win away from advancing. I expect all cylinders to be firing when they hit the ice on Wednesday.

Of the 4 previous games in the series, all of them have gone over the total goal line. Expect this to be the case again as the Rangers try to play catch up in the series.

The 2022 Formula 1 season is only six races deep, but the race for this season’s championship alerady appears to be down to just two drivers. Last season, Red Bull driver Max Verstappen claimed his first Formula 1 World Drivers’ Championship in highly controversial circumstances, with Lewis Hamilton denied what would have been a record-breaking END_OF_DOCUMENT_TOKEN_TO_BE_REPLACED