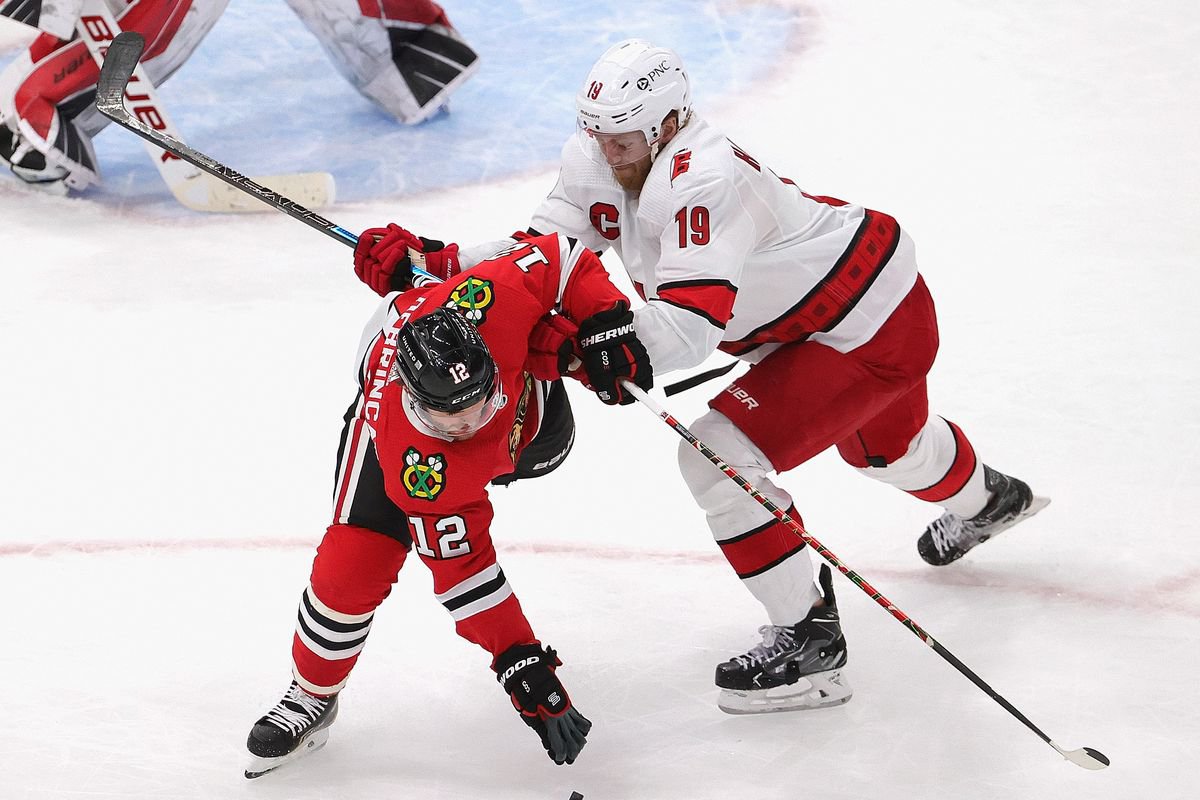 While tomorrow has a loaded NHL betting schedule to look forward to, today’s slate features a mere quartet of games.

Tonight’s headliner sees the Carolina Hurricanes host the Chicago Blackhawks in a game that should not be short on goals. Elsewhere, the should be goals aplenty when the Winnipeg Jets visit the Vancouver Canucks, who have been one of the league’s leakiest lineups.

The Hurricanes were up 2-0 after the first period against the Florida Panthers on Wednesday night, but they could not hold that lead and fell 4-3 in overtime. It was their first home loss of the season, and it was a rare feat in a season that has seen the ‘Canes start rather well.

The Blackhawks, meanwhile, won only three of their first 11 games, but the switch has flipped in February. They go to Raleigh with a 6-1-0 mark in their last seven games. The only setback in that stretch is a 6-5 loss to the Columbus Blue Jackets eight days ago.

The Flames are probably glad to be playing someone other than the Canucks or Jets. 11 of their 16 games thus far this season have been against those two teams. All the better, they might like to knock their provincial rivals down a peg again as well. The Oilers are 7-2-0 in their last nine games, and one of those two losses is a 6-4 reverse in Calgary 13 days ago. The Flames have been up and down this season, but they will be up for this one. They will need to be slow down Connor McDavid, who has nine multi-point games in his last 12 games.

Key Blackhawks vs Hurricanes NHL Betting Trends: The UNDER has hit in five of the Blackhawks’ last six games. However, the OVER is 8-1-0 in the Hurricanes’ last nine games, and it hit in both head-to-head matchups in Chicago earlier this month.

Key Oilers vs Flames NHL Betting Trends: The UNDER is 6-3-2 in Calgary’s last 11 games, while it is 5-2-0 in the Oilers’ last seven games. However, the last five regular-season meetings between the two teams have featured at least six goals, including their previous matchup this month.

Key Panthers vs Red Wings NHL Betting Trends: The UNDER is 7-1-0 in Detroit’s home games this season, and it has hit in all four matchups with the Panthers thus far this season.

Key Jets vs Canucks NHL Betting Trends: The Canucks are 2-0-1 in their last three games after a six-game losing streak. In that three-game stretch, they have scored 11 goals, which is the same amount of goals they scored in their losing streak. However, the UNDER is 1-4-1 in their last six games, and it is 1-5-1 in the Jets’ last seven games.