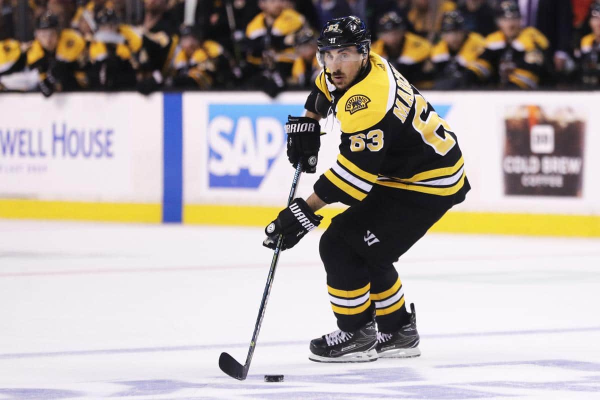 The two best words in sports: Game7. And hockey fans are blessed with two of them tonight, including a matchup that we saw last year.

For the third straight year, the Maple Leafs and Bruins will meet in a win-or-go-home battle. Boston staved off elimination Sunday afternoon with a win on the road, and now Toronto will have to go on the road and avenge last year’s loss.

Here is a quick recap of Game 6, plus some keys to the game and a prediction.

Facing elimination, as well as an early one-goal deficit, the Bruins came storming back to win 4-2 in Toronto. Brad Marchand’s two goals and one assist led the way for the Bruins, who outshot the Leafs 41-24 and converted on both of their power play opportunities.

Boston also got goals from Torey Krug and Jake DeBrusk, their firsts of the postseason. Toronto’s goals came from Morgan Reilly halfway through the first period, and Austin Matthews in the third period to bring the deficit to one.

Defense has always been the biggest question mark with the Leafs, but it has been their special teams that has been carved up all series long. With a man down, Toronto has allowed seven goals on Boston’s 16 power play opportunities, with only Tampa Bay being worse on the penalty kill this postseason. Power play has also been a difficult area for the Leafs, who failed on all three of their chances in Game 6. Improving on special teams will be vital for the Maple Leafs to win the series.

Another key is less about stats, but more about controlling your emotions. Toronto has not won a playoff series since 2004, and is returning to the building where their season ended last year. It’s easy to have revenge on the mind, but the Leafs have to focus on containing Boston’s first line, executing on special teams, and tuning out what is sure to be a loud crowd.

Boston’s success has come from their stars, and that must continue tonight. Brad Marchand leads the team with nine points, followed by DavidPastrnak with six points. Since Toronto has an advantage in depth, the Bruins need these guys to continue to score at a high pace to keep up.

Another key for Boston comes on the mental side. This series, both teams have had difficulty maintaining momentum, as neither team has been able to win two games in a row. The Bruins have a chance a break that trend and do it in the most important game of the series, but as we’ve seen twice already following Boston wins, it’s never easy.

The biggest difference in this game comes down to power play success. So far, Boston has dominated in that regard. Couple that with Tuukka Rask’s improved play, and the last couple years of history, and I like the Bruins -145 to close out the series and advance to the next round.