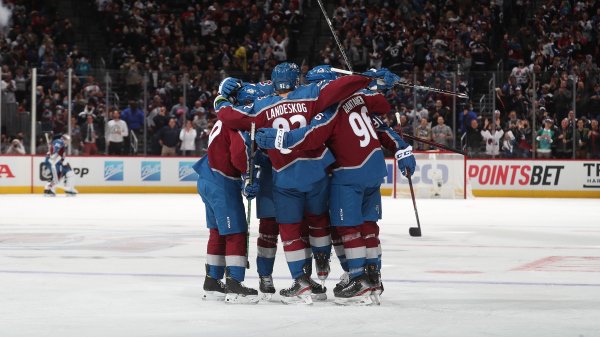 By now, most teams NHL teams only have 10 or fewer games left on their 2021-22 schedule, making each remaining contest that much more important. That’s especially true for Wednesday’s Los Angeles Kings vs Colorado Avalanche matchup.

The Kings had previously lost three straight games before defeating the Chicago Blackhawks on Tuesday night by a score of 5-2. Los Angeles is in the battle for the Pacific Division’s No. 2 spot and a victory in Denver, CO would go a long way.

On the other hand, the Avalanche have been one of the best teams in the NHL throughout the season. They’ve won six straight games entering the matchup and won’t stop rolling until they’ve secured the President’s Trophy.

Here’s a look at the odds for tonight’s Kings vs Avalanche matchup, as well as what’s the best bet to place on the game.

The Kings have had their fair share of highs and lows throughout the 2021-22 NHL season, however, they’ve struggled with consistency lately. Specifically, when it comes to winning games in regulation.

The Kings haven’t won back-to-back games in regulation since they accomplished it four straight times in February. While they’ve won consecutive games twice since then, some of those victories came in overtime or a shootout.

If Los Angeles is to defeat Colorado on Wednesday, the Kings’ best players must carry over the momentum from their victory over the Blackhawks from the night before.

A total of four different Kings players had multi-point nights in Chicago, including a two-goal effort from Blake Lizotte. That snapped a 10-game goal drought for the 24-year-old and time will tell if he’s officially put those struggles behind him.

The Kings will also need their best players to step up for them to handle the Avalanche’s top offensive threats. Phillip Danault and Adrian Kempe lead their teammates with nine points apiece in their last 10 games, however, their respective minus-4 and minus-3 readings show defensive improvements could be made.

Los Angeles also needs better goaltending to succeed. While Calvin Petersen is 3-3-0 in six starts over the last 10 games, his 3.48 goals-against average (GAA) and .886 save percentage (SV%) are far from impressive.

For betting trends, it’ll be wise to keep an eye on the under tonight. The total has hit the under in four of the Kings’ last six games, while also doing the same in 10 of their last 13 games against the Avalanche.

Just when you don’t think the Avalanche can look more dominant this season, they go and prove everyone wrong by their recent six-game winning streak.

Mikko Rantanen has been on fire during his team’s successful run, racking up two goals and six assists in the last six games. Add in the fact that he has 27 points in 20 career meetings against the Kings and it’s easy to see why Rantanen could be a popular option for player prop bets.

Another Avalanche player worth keeping an eye on is defenseman Devon Toews. He has a total of seven assists in his last seven games, including four in the most recent two. His playmaking is important to Colorado’s success and will likely be on full display tonight.

Goaltender Darcy Kuemper has been close to unbeatable lately. He’s 5-1-1 in his last seven starts, tallying a 2.13 GAA and .942 SV% in that span. Considering how the Kings have struggled with offense, it could be another big night for Kuemper.

The Avalanche have already had success against the Kings this season, winning both of the previous meetings by a combined score of 7-1. Unless something is drastically different, it’s tough imagining Colorado struggling too much.

An interesting betting trend is the fact that the Avalanche are 8-0 straight up in their last eight games against the Kings, with the latter’s last victory over the former coming in January 2021.

The total has also hit the under in 10 of the Avalanche’s last 14 games, as well as in five of their most recent six contests at Ball Arena. Their two previous meetings against the Kings this season saw the total hit the under and it could be the case again tonight.

The Avalanche have looked almost unstoppable as of late, which is why they’re my pick to win tonight’s game.

At the end of the day, the Avalanche have proven that they have the Kings’ number, proven by their 8-0-0 record in their last eight meetings. Besides, Los Angeles’ offense hasn’t been clicking, which makes it tough to keep up with such an offensive juggernaut.

As for the best bet, I’ll take the Avalanche as 1.5-point favorites at +105 odds. Five of their last seven victories over the Kings have been by at least two goals — including both matchups this season. Besides, the +105 odds provide bettors with at least some decent value.

The 2022 Formula 1 season is only six races deep, but the race for this season’s championship alerady appears to be down to just two drivers. Last season, Red Bull driver Max Verstappen claimed his first Formula 1 World Drivers’ Championship in highly controversial circumstances, with Lewis Hamilton denied what would have been a record-breaking END_OF_DOCUMENT_TOKEN_TO_BE_REPLACED