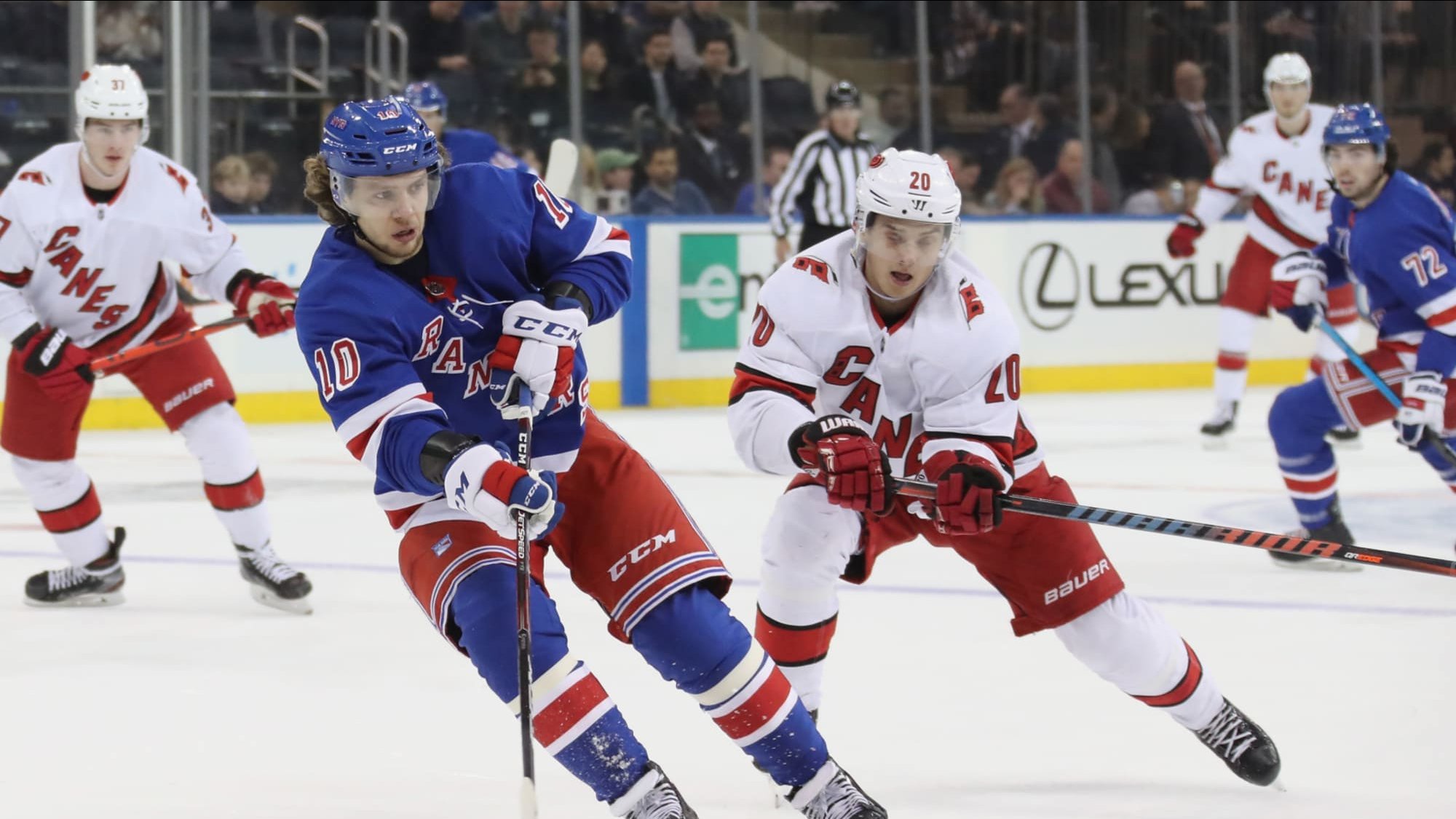 The #1 seed in the Metropolitan Division is still up for grabs when the Hurricanes and Rangers meet on Tuesday night.

This is the 4th and final meeting of the regular season for the two clubs. Carolina has won 2 of the first 3 matchups.

The Hurricanes can clinch the Metropolitan Division with a win. They enter Tuesday with a 4 game win streak and only two games left on the slate.

The Rangers come into the game just 4 points behind Carolina with three regular season games remaining. They have a chance to cut it to 2 points and give themselves a fighting chance for a division title.

Who wins the division? Tuesday night at Madison Square Garden may deliver us the answer.

Is Goaltending the Key to Victory?

The goalie matchup on Tuesday night features Igor Shesterkin for New York and Pyotr Kochetkov for Carolina. These two have had very different paths in the NHL this season.

Shesterkin is 36-12-4 this year with a goals against average of 2.03. He has recorded 6 shutouts thus far, including 2 in his last 3 starts.

He has been solid for New York, helping them clinch a playoff spot and compete in the tough Metropolitan Division.

Kochetkov, on the other hand, just made his NHL debut for Carolina on Saturday night in New Jersey. He helped his team rally and stay alive for a 3-2 overtime win against the Devils.

Kochetkov has played the last two games for the Hurricanes due to an undisclosed injury for starter Frederik Anderson and an injury sustained by backup goaltender Antti Raanta. He has been sharp, stopping 24 out of 27 shots on net.

Though he did not start in his second appearance, Kochetkov did earn his second career win and holds a 2-0-0 record this season. He will need to stay sharp against a hungry Rangers team that is looking to win their first division title since 2015.

Expect a defensive performance with low scoring if the goaltenders are on point. It would not shock me to see this game decided by one goal and possibly go into overtime.

The 2022 Formula 1 season is only six races deep, but the race for this season’s championship alerady appears to be down to just two drivers. Last season, Red Bull driver Max Verstappen claimed his first Formula 1 World Drivers’ Championship in highly controversial circumstances, with Lewis Hamilton denied what would have been a record-breaking END_OF_DOCUMENT_TOKEN_TO_BE_REPLACED