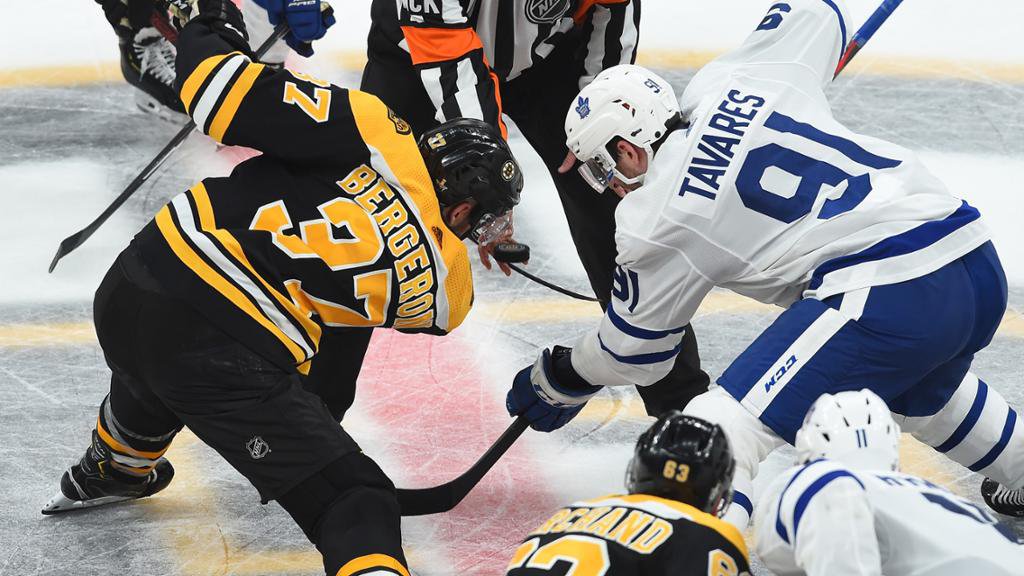 The Toronto Maple Leafs and Boston Bruins will close out their regular season schedule on Friday night. The Leafs have locked themselves into the #2 seed in the Atlantic, but Boston still has an opportunity to. increase their position and get themselves out of the Wild Card spot.

The Bruins trail the Tampa Bay Lightning by 1 point in the Atlantic Division entering Friday. With a win by Boston, and a loss in regulation by Tampa Bay, the Lightning would vault themselves into the #3 seed in the division and knock the defending Stanley Cup Champions down to a Wild Card position.

In the season series between the Bruins and Maple Leafs, Toronto has fared well winning both meeting by two or more goals. They have outscored their division rivals 11-6 this season.

The Bruins have done everything correctly in the last two weeks winning 4 straight games and putting themselves in position to increase their playoff seed. If Boston can pull off the win this evening and get a little help from the New York Islanders who play the Lightning tonight, they would take on this Toronto team in the first round of the Stanley Cup Playoffs.

Boston May Not Be the Favorite on the Road

In recent games, when Boston has been the favorite, they have come out of the gate firing on all cylinders. They have won the first period in 5 of their last 6 games as favorites and have not been outscored in those contests.

The Maple Leafs are more rested than the Bruins, as their last game took place on Tuesday night. The Bruins had a quick turnaround last night. Directly after playing in Boston, they made the trip north of the border for their faceoff with the Leafs.

In their last 16 games, the Leafs have covered the puck line 15 times as an underdog when their opponent is playing the second half of a back-to-back. In this case, it looks like they could extend that mark.

The Leafs have one of the best offenses in the NHL. They lead the league in Power Play percentage and are tied for second in goals per game. The Bruins are Top 5 in defense when it comes to goals and shots allowed.

The one issue I see is Boston taking too many penalties. They are Bottom 10 in the league in penalty minutes this year.

Putting the Leafs on the Power Play is a dangerous situation. They will need to avoid those instances if they want a chance to stay in the contest.

I expect the Bruins to start fast, but look for the Toronto offensive attack to overpower the Boston defense and surge ahead later in the game. This is my prediction:

In their previous two games this season, the teams have combined for 7 or more goals each time. The Leafs are covering at an insane clip as underdogs, and I don’t see Boston rested enough to change that trend.

The 2022 Formula 1 season is only six races deep, but the race for this season’s championship alerady appears to be down to just two drivers. Last season, Red Bull driver Max Verstappen claimed his first Formula 1 World Drivers’ Championship in highly controversial circumstances, with Lewis Hamilton denied what would have been a record-breaking END_OF_DOCUMENT_TOKEN_TO_BE_REPLACED