Jets vs Canadiens Preview: Canadiens Look to Be the First Team to Land in the NHL’s Last Four 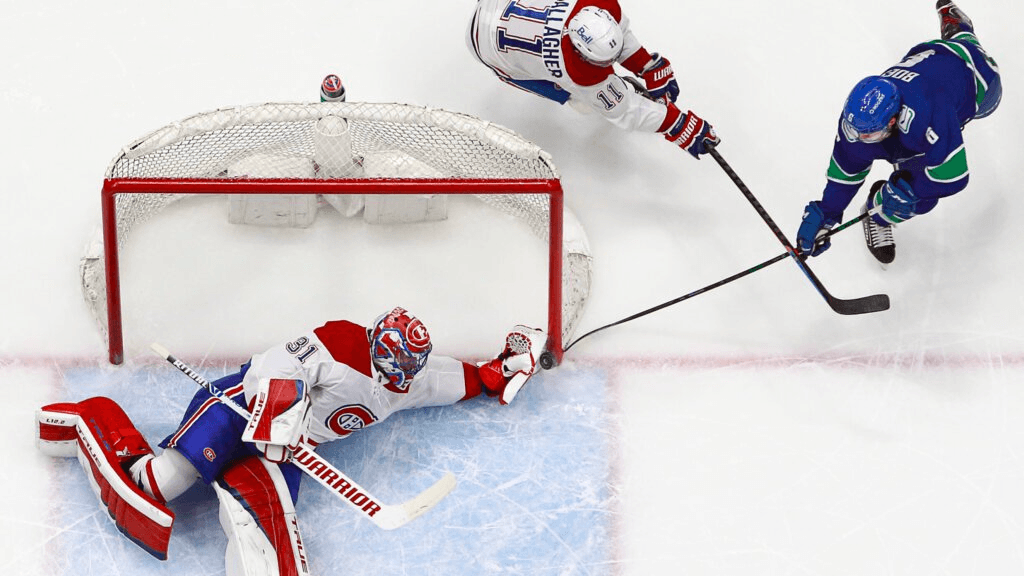 The end of the Jets vs Canadiens series could come tonight, as the surprising Canadiens look to become the first NHL team to clinch a place in the last four of the Stanley Cup playoffs.

Can the Jets, still without their top scorer, keep the series alive? Or will the Canadiens them off tonight to earn themselves some valuable rest ahead of a series against either the Colorado Avalanche or Vegas Golden Knights?

Jets vs Canadiens odds are via FanDuel Sportsbook as of Monday, June 7 at 2:15 pm ET. For more NHL betting odds, check out our NHL odds page. It features updated odds from FanDuel and other top online sportsbooks.

Late in Game 1, Winnipeg center Mark Scheifele leveled Montreal’s Jake Evans as Evans went in for an empty net goal to finish off the Canadiens’ 5-3 win in Winnipeg. As a result of the hit, which concussed Evans, Scheifele was suspended for the next four games of the series.

It’s not the only thing that has had an effect on how the last two games have played out, but the Jets are not the same team without their top scorer. Scheifele had 21 goals and 42 assists in the regular season, which ranked ninth in the NHL. In the first round series against the Edmonton Oilers, Scheifele scored five points (two goals, three assists) to help the Jets sweep the Oilers.

When you take away someone who has had a hand in over a third of your goals throughout the season, it’s going to leave a hole. And that hole has not been filled. The Jets were shut out 1-0 in Game 2 and then went down 5-1 in Game 3 to put playoff elimination a defeat away.

Much credit has to go to Canadiens goalie Carey Price for keeping his net so tidy over the last two games, but there’s no doubt that the Jets would be far more threatening were Scheifele on the ice.

As impressive as Montreal’s run is, it can’t be forgotten that they were one of the early season Stanley Cup title favorites. But after an 8-2-2 start, the Canadiens went 16-19-9 over the remainder of the regular season. So while they had the fewest points of any of the 16 playoff teams, they aren’t so much a plucky underdog as they are a favorite finally playing like one.

When you’re hot, you’re hot, and the Canadiens are blazing. Since facing elimination in Game 5 in Toronto, the Canadiens have won six straight and outscored the Maple Leafs and Jets by a combined total of 21 to 10. It’s quite the turnaround, especially after they were outscored 12 to 4 in the first four games against the Leafs.

There have been several close games in their streak, but Game 3 was not one. The Canadiens jumped on top early through Corey Perry, and they rolled to a 5-1 win. The star in Game 3 was former Jet Joel Armia, who recorded two goals and an assist against the team he played for from 2015-18. Those were his first series points and his first since scoring two first-period goals to kickstart Montreal’s Game 5 revival against Toronto.

The Jets now find themselves in the position that Montreal was in. The Canadiens were on the road and facing elimination after a four-goal loss in the previous game. The odds and elements were against them to win Game 5, much less the series.

Can the Jets lift themselves similarly rise from the canvas? At this point, it’s tough to see that happening. With no Scheifele and the Canadiens so full of confidence, the odds favor Winnipeg’s season coming to an end tonight.

We are set for a wild final week in the American League, as five teams are battling it out for the two AL wild-card spots. Two of them open what is more or less an elimination series tonight in Seattle, as the Mariners host the Oakland A’s. MLB betting odds at FanDuel Sportsbook give the END_OF_DOCUMENT_TOKEN_TO_BE_REPLACED