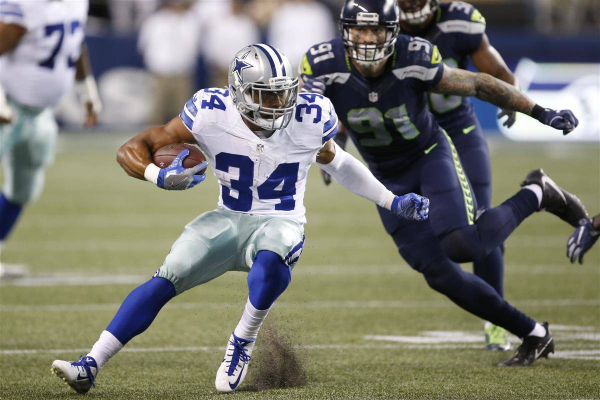 It’s not Thanksgiving if we don’t have a game in JerryWorld in the afternoon. The Redskins will head to Dallas to face the Cowboys in what has recently become a much more substantial game than people would’ve believed just a few weeks ago. The Redskins are 6-4, but I honestly cannot tell you how. I haven’t really heard anyone else explain how they still have a winning record either. The Cowboys have probably been the most erratic team of this NFL season. They beat the Jags 40-7, then lost consecutive games to the Redskins and Titans. After that, they went on to beat the Eagles and Falcons on the road after starting the year 3-5.

The Redskins are just banged up in a lot of different ways. The offensive line injuries are not going to get as much attention as the Alex Smith injury, but their entire line is dealing with injuries. On a short week, we will have to see who the inactives are right before kickoff, but I believe that even if some do go, they will be much worse than they were in their last matchup. Obviously, the loss of Alex Smith hurts the Redskins a lot, specifically from a game managing standpoint. As I mentioned before, I don’t know how this team is 6-4, but a key reason is Alex Smith.

Now, I know what you’re thinking: “Alex Smith?” Yes. He hasn’t even really been good, but what Alex is good at is NOT losing games for his team. If everyone else plays well, Alex rarely costs his team the game, but he also rarely wins his team the game. I think this is especially important this week. The Redskins have struggled recently with the offensive line play, but I think Alex’s style does mitigate a lot of those weaknesses. Alex doesn’t want to throw the ball downfield, and he doesn’t want to turn the ball over. Both of those things are often going to be harder to accomplish with a bad offensive line. Alex is so focused on those two things that he struggles to make plays, but I think this team has actually benefitted from that recently. Colt McCoy has never shown the ability to do this, and I can’t bank on the fact that he finally learned now.

Different the Second Time Around

In the game one month ago, the Redskins had 0 turnovers and Adrian Peterson ran for 99 yards. I think both of those things are highly unlikely to happen given my reasoning above. The pendulum only seems to swing even more towards the Cowboys when we look at what has changed with their team since that game. Amari Cooper has seemingly helped this offense more than most people thought. Amari is a talented offensive player that has to be accounted for.

The debate surrounding how good Amari actually can be is a valid one, but that isn’t even what the Cowboys needed. They just needed someone that defensive coordinators respected. This addition of Cooper has opened up massive holes for Zeke that we hadn’t seen this year. Zeke is phenomenal at just treading water and getting a few yards per carry and ending up getting 100 yards on 23 carries without these big rushing gains. The last 2 weeks, Zeke has been that back WITH some additional holes. These holes have made Zeke’s 100-yard rushing games 150+ yard games. The Redskins shut Zeke down in that first matchup, so I am interested to see what the addition of Amari means in this matchup.

Most places threw this line up at Cowboys (-9) early in the week. It has currently been bet down to (-7.5). I am terrified of taking this Cowboys team over a Redskins team that just tends to play close games, but I have to here. I think a lot of these close games have been of a result of Alex Smith’s ability to keep his team in the game because of his very safe decision-making. The Cowboys’ defense should get enough pressure here to force turnovers and hold this Redskins’ offense down enough to cover the 7.5. However, just with the line movement we have seen already, I think I will wait until right before game time to see if I can get -7 anywhere. I am not too worried that it would move in the other direction much at all, but moving through that key number in this slower-paced game would make me feel much, much safer.