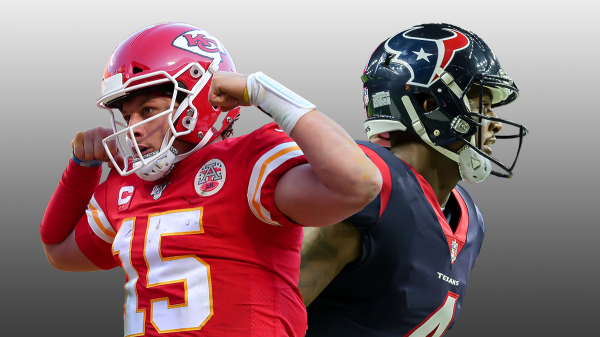 We are finally here! The NFL season starts tonight and we are getting an interesting matchup to kick off the season with the defending champion Kansas City Chiefs taking on the Houston Texans. If you will recall, these teams met in the playoffs last season and Houston ran out to a big lead before the Chiefs turned the tide, using that win as a spring board to a Super Bowl title. Whether that creates revenge for the Texans who knows, but it does mean that Houston could be a little extra motivated to show what they can do in this one. Either way, I think we are getting an entertaining game tonight even though the lines look lopsided.

For comparison, the number in the playoff game was KC -10. In looking at the market you might be able to get some 9s out there but 9.5 is solid too. The key is whether it gets to the key number of ten or not.

I break this one down as two strong offensive teams trading blows most of the game. I am not as confident on the moves the Texans made in the offseason as some are, especially with Watson now happily at the controls. Houston has a lot to prove and had had a lot of time to get ready for this one too. I like them to keep it close and also think big spreads could be challenging early as even teams that get down might still be using their primary personnel in late game situations to get more reps after this crazy offseason.

The Chiefs are heavy favorites and deservedly so. There is no value in taking them here unless you are throwing them into a moneyline parlay. The Texans however are interesting as a straight up winner. As we know, they more than had Kansas City on the ropes before it all fell apart in the playoffs last year, but you might have forgotten that they beat the Chiefs on the road during the regular season last year 31-24, as a +3.5 dog. I can see a game where this comes down to the final possession and in those cases having Watson on your side is a very good thing. I am not leaning into a huge upset to start the season but I like a small moneyline play here too, given the environment is going to be anything but normal.

This number has come down from the opener which was 56.5. Given it is the first game of the year and it has been a weird offseason it is hard to know what to expect. What we do know is that these teams met twice last season, once in the regular season and once in the playoffs. Those games were lines at 54.5 and 50.5 and both went over. The playoff game by a whopping 31.5 points. I am not expecting that Kansas City is going to rip of 51 points again like they did in the playoffs but getting into the high 30s or 40s seems very reasonable. Other than a little rust there is no reason to expect they can’t pick up where they left off a season ago. I think the same goes for Houston. You can be bearish on their offense long term because there is some injury concern for the guys they picked up this offseason, but right now, their health is solid and Watson can lead the team to a bunch of points. You can manage those concerns game to game. Right now you can be contrary to those opinions and reap the rewards. Or the Chiefs can slaughter them again. Either way, we win with the total.

Take the over. Best Bet!