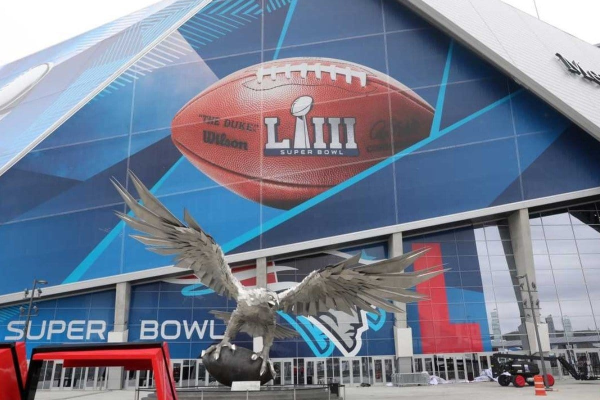 The Super Bowl in Atlanta, Georgia is not too far away, so we have to lock into every little piece that makes the Super Bowl so great. Prop betting has always been great during the Super Bowl simply due to the sheer number of things you can choose from. In week 6 of the regular season, all I can bet is the obvious and general lines of key players. Now, we can bet on someone’s clothing, the talk of the broadcast, and anything else you can imagine.

Obviously, we want to do all of these things while enjoying the game and then end the night some extra cash in our pockets. There are plenty of things to bet for fun, but there is also a huge edge in prop betting due to the math behind it all and just the simple lack of focus of books in this region. The rarely make large adjustments due to game-script or matchups, so I think that we can find some good options to choose from.  Let’s take a look.

Of course, we have to start the game off just like the players do with the National Anthem. I’ll make this simple and sweet. The number is 1:47, which is relatively low compared to recent numbers and performances. However, I want the under.

1. I think that the recent increase in time is nothing more than random and is weighting this number up a little bit.

2. There is one clip of Gladys Knight singing the Anthem almost 30 years ago. What was the time? 1:34. Now can that change? Sure it can, but if I’m getting 11 seconds on her only baseline, I think we have a really nice number here. I would get in now, as this number has already moved down 3 after the clip seems to be taking everyone towards the under.

As a whole, I am scared of the overs in this game simply due to the matchups and gameplans. The Patriots were incredible at keeping the Chiefs off of the field, and I would not be surprised if they attempt to do the same thing in this game. The 13-19 on third down helped the Pats extend drives and work the clock, but I think that they may be capable of doing rather similar things. The Rams also may struggle through the air with the Patriots recent coverage schemes, which would probably lead to a game with fewer plays as well, as the Rams would lean on the ground game. If you want to take the overs, I think you want the Rams to get the lead and make the Patriots play comeback where they cannot dictate the pace of the game.

Here are my favorite in-game picks and a quick reason why:

Gronk Over 4.5 receptions: Safety blanket for Brady, way too big for Rams safeties and linebackers to cover. Should be able to run more routes than in previous games vs. Rams defensive scheme.

Burkhead Over 2.0 receptions: 2 is just too small. He had a clear role in the offense, and they trust him to do a bit of everything. Brady loves the dump offs, and Burkhead seems to be someone who will get enough passing down snaps to see more than 2 catches.

Brandin Cooks Under 5.5 receptions: I expect Cooks to get covered like Tyreek Hill did. Doubling Cooks should lead the Rams away from him.

I don’t mind the over on Rams ancillary receivers like Reynolds and Everett because the Pats want to take away top options.

Burkhead Over 22 rushing yards: Saw 12 carries last week, only getting more healthy. Would expect less than 12 carries, but even 7 carries would project him over this number IMO.

Sony Michel Under 80 rushing yards: Wouldn’t be shocked if Burkhead sees the field more because he is a bigger threat out of the backfield to catch. Interior line of Rams is probably their biggest strength. I think their main focus will be stopping the Patriots interior running game with Michel.