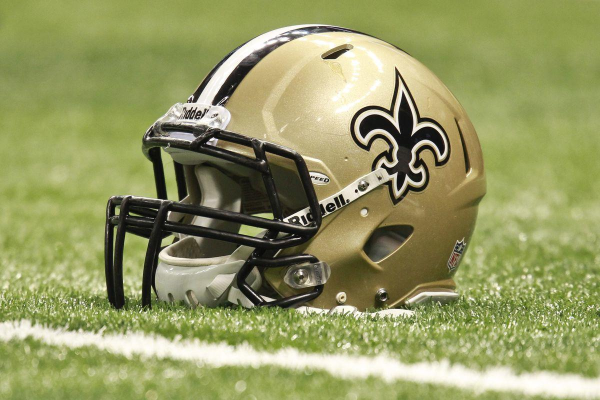 The 4-5 Philidelphia Eagles travel to the Superdome to face the 8-1 Saints in what is the only 4:25 EST game of the week. This game consists of 2 teams trending in opposite directions. The Eagles are coming off a bad loss last week vs. a Cowboys team that most considered to be down and out at home. The Eagles had beaten the Jaguars the week before, but those are both teams struggling much more than they did last year.

The Saints are coming off of a game where they scored on every single drive of the game besides the drive where the clock ran out. This was after their biggest win of the year over a previously undefeated Rams team. A lot of people expected a letdown game from the Saints last week, but they seem to be on a mission as winners of their last 8 games.

The Eagles’ defense is currently starting one player that began the year as a starter in the secondary. This secondary was bad before that. When one team is bad in an area and then has injuries, I can’t help but wonder how they will produce competent play from that area of the field. The Eagles’s defensive line has been the heartbeat of this team in the past 25 games or so. Last week, that unit got embarrassed by the Ezekiel Elliott and the Cowboys’ offensive line last week.

The Saints’ offensive line is also one of their best units. This week is crucial for the Eagles to gain momentum and that will have to start with this defensive line. The Saints have been run heavy in most games since getting Alvin Kamara last year. They are more than capable of being an explosive, pass-heavy team, but if they can run the ball efficiently against this Eagles’ defense, the Eagles would be in BIG trouble.

The Eagles’ offense has been fine enough. Carson Wentz is actually producing better this year than he did last year when he was considered an MVP candidate before tearing his ACL.

This Saints’ defense has been much better recently in my opinion, especially in the secondary and getting pressure to the QB. The clear mismatch here is with Zach Ertz. Most people wouldn’t argue that Ertz is a top 3 TE in football and the Saints LBing core is not going not shut him out here. Alshon gets a tough matchup in Marshon Lattimore and we really can’t be confident in whoever the Eagles throw out there at the other WR positions. Tate saw very little time last week. Maybe he gets more involved, but we cannot be sure.

The Eagles’ run game is a mess. They are using 3 guys and they are all meh. The Saints’ run defense has been outstanding this year and I don’t see that changing Sunday.

The Saints‘ passing game should DOMINATE this game from start to finish. The only problem is that the Saints could probably do that basically every game and that’s not what they always do. The Saints love to run the ball even against a team that is much worse vs. the pass. I think that this week, the Saints are more pass-heavy than they normally are. I actually think it would be better for their offense this week if they struggled to run and just completely go away from te run early in the game. Michael Thomas should absolutely destroy whoever they are throwing at him all game. Brees hasn’t really forced the ball to Thomas this year, but I think this is a spot where they SHOULD. WIll they? I am skeptical, to say the least. I think there is a situation where the Saints destroy the Eagles here. If that is the case, I think Mark Ingram can be very productive if this is just a ground and pound game.

At the end of the day, the Saints are just so much better than the Eagles that I have to take the Saints (-8).