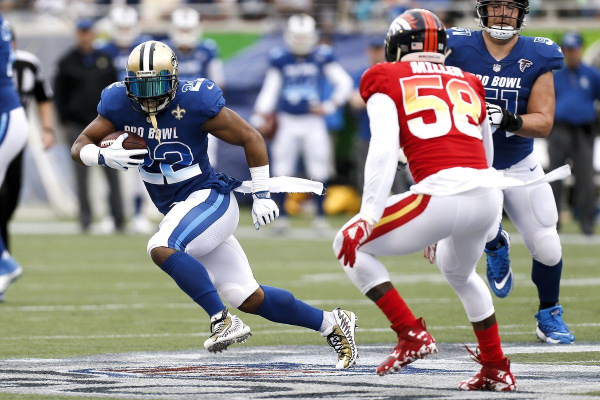 The 2019 NFL Pro Bowl takes place in Orlando, Florida at Camping World Stadium. This game is incredibly strange, but also incredibly intriguing from a betting standpoint. The action on the game is pretty eye-popping. The spread opened up in favor of the NFC by -2 and was quickly bet down to even. The total also has gone down around five points since the open. In the last 2 years, we have seen the game get much more defensive, which is really strange considering the trends shown throughout the actual season. I think that the movement of the spread was probably a reaction to the concept that this is a pretty random game to pick and no one should truly be favored here, but I’m not even sure that I agree with that.

The Rosters Are Key

There are two key things that I want to look at when picking this kind of game and they do correlate to each other to some degree. The first thing that I want to dive into is just the roster as a whole. I think that the NFC has a clear advantage at running back with Kamara, Elliott, and Barkley over Conner, Gordon, and Lamar Millar. That actually may be the biggest discrepancy out there. I do not see a drastic difference in these two teams in the trenches, and I do not expect one team to win or lose the game based on line play because they are relatively similar.

After that, I think I may give the AFC advantages in every other spot on the field. Watson, Mahomes, and Luck vs. Trubisky, Wilson, and Prescott? That’s not close. Juju, Tyreek, Landry, and Allen vs. Thielen, Adams, Cooper, and Evans? Not a blowout, but the explosive play potential of the AFC paired with the QBs is drastically higher. The AFC has 3 corners on the roster that I completely avoid if possible, where the NFC has 2 slot corners. The NFC has 16 subs where the AFC has 12.

I also think that the NFC players that will not be playing are much bigger factors than the AFC. The NFC is missing Khalil Mack, Kuechly, Julio Jones, Michael Thomas, their top 3 QBs, Todd Gurley, and Aaron Donald. I could probably make an argument that these 6 players (not including QBs) would ALL be in the top 10 players in the NFC.I think that this will really hurt the NFC and I just think that the AFC has more players that are stars in play.

Will Past Performance Decide the Game?

The second factor in this game is just projecting how these teams matchup and how they can win the game. How are these teams going to score the football? The AFC is just insanely explosive. No secondary can man up vs. Tyreek Hill and Juju on the outside with Landry and Allen inside. I think that team is much harder to defend, especially with the arms of Watson, Mahomes, and Luck. The NFC backs should be better, but I still think that the line play has more to do with the backs than the backs themselves.

To be honest, I also think that the AFC has more talent on their D-line with Calais Campbell and Myles Garrett. I struggle to see the three-headed monster of Kamara, Barkley, and Zeke just grinding this game out in an all-star game. The other thing is that I think it will be much easier for the AFC to get stops in 3rd down situations. Trubisky, Wilson, and Prescott are probably the 3 worst passers in the game, and they are throwing into coverage by Ramsey, Ward, and Howard. I’ll take a pass on banking on them to drive down the field on any consistent basis.

If it isn’t obvious by now, I really like the AFC here simply because the roster is better and it makes more sense. There is only so much we can tell about these exhibitions, but the biggest thing I want to do is bet on talent, and the speed and explosiveness in the AFC passing game is pretty clearly the biggest matchup edge in this game. I’ll take the AFC at even money, and I wouldn’t be surprised if we see a few NFC turnovers and a pretty big win here for the AFC.