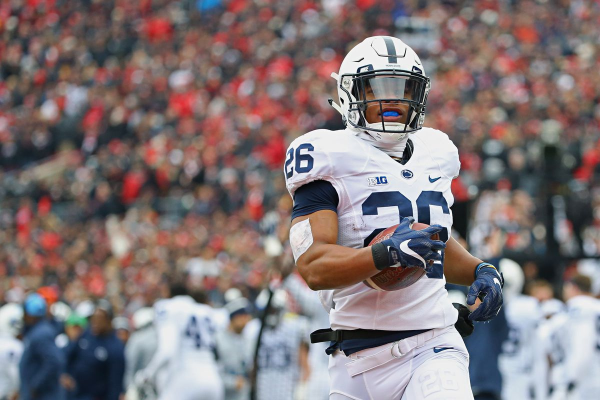 The National Football League’s Offensive Rookie of the Year award is always highly competitive and in today’s game it is a fantastic futures wager. There is great value and a big payout for hitting the ROY award. Not only are there rookies who have huge years these days, there are also rookies who have huge impacts on their team’s success as well. Rookies aren’t necessarily required to simply fill up the statsheet anyway. Wins go just as far as touchdowns. The window for success in the NFL is small. For players as well as teams and teams draft accordingly.

There are plenty of options to choose from in a Rookie of the Year futures wager which is why the payouts are so high. The key, as with any wager, is to find the value where you are getting a big return on the smallest risk. It takes some research but you can find the value with any futures bet. We’ve gotten the ball rolling for you with our list below. Be sure to check it out before heading into the sportsbook.

The obvious Rookie of the Year frontrunner, the Giants first rounder is the total package of an NFL player. Big, strong, fast. How did this guy fall to the Giants with the second overall pick? Oh yeah, the Browns picked first. Barkley is a starter on a good team coming off a bad year. The Giants should be much better this year and Barkley in the back field will make all the difference. At +175, he is a fantastic choice for a ROY future. Getting almost two to one odds for this kind of talent is solid value. Don’t be afraid to take the favorite.

The odds climb high after Barkley because that’s the type of talent he is. However, plenty of value remains on the board and the Browns’ first overall pick is a solid wager at +800. Yes, he is a talented quarterback. Yes, he will probably get enough playing time. But the main reason he has futures value is simply because the bar is set so low. If he wins 3 or 4 games for the Browns, he will be seen as a savior. Wins are just as important as numbers these days especially if they are coming from the quarterback. Nothing wrong with failing up if you are cashing in at +800…

Although Rosen has the same odds as Mayfield, he probably is and will be the more successful NFL quarterback. That said, he needs a lot of things to go his way to win the ROY award. The Arizona Cardinals are going to have a good team this year and this works against Rosen. Sam Bradford is the Cardinals starting quarterback this year and this works against Rosen. However, considering Bradford’s injury history and the fact that Bradford will be on a short leash, Rosen will get a shot at playing enough to be considered for the award. Especially, if he makes a push to the playoffs. Even at +800, he still maybe too much of a longshot for any real value.

Running backs always have the chance to make a big splash on a team and SonyMichel is on the right team to do just that. Depending on how he is used, the Patriots could give him a good workload on first and second down and at the goal line. All key elements in winning the ROY and the +1000 pays out at great value.

Rookie of the Year voters always love an exciting new talent that’s fun to watch and good for the league. Look no further than Lamar Jackson to find just that. The Ravens have said since draft day they are looking for ways to use all of this kid’s talent even beyond his Heisman Trophy winning quarterback skills. Great value at +1500 to say the least.

The somewhat overlooked running back will get the chance in Cleveland to be a breakout rookie. However, he will have a few things working against him. One is playing for the Browns and the other is playing in his quarterback’s shadow. Any success the team has will always go to the QB first. That said, Chubb is a helluva talent and has decent value at +2200. The risk is there but just look at that reward…

There are the top candidates for offensive Rookie of the Year in the National Football League.