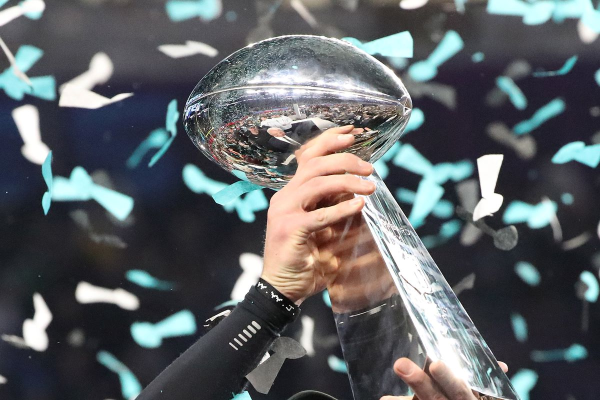 As the NFL offseason marches on, the sportsbooks’ futures wagers speculation is in full swing. Super Bowl Champions, Conference Champions, Divisional Champions. You gotta love a good futures bet. Especially in the NFL, where less games and fewer power teams give you good value on a well placed futures wager. There are tons of futures wagers to play on the teams or even the players. Futures always give you a great payout and with a little research, you can find one with plenty of value. Let’s do a little research right here and look at the best value on the Super Bowl Matchups Future.

Of course, Philly versus NewEngland would be at the top of this list. Last year’s Super Bowl was one for the ages and you can’t blame fans for wanting to see it again. And these teams are returning as good or better next season. A few shake ups for the Patriots team but that is nothing new to them, while Philly should be even better with a healthy quarterback in Carson Wentz. Let’s not forget Wentz was playing MVP calibur football before his injury. However, when was the last time there was a Super Bowl rematch the very next year? It just doesn’t happen that often and so it would be wise to avoid this wager.

The Rams were an exciting team last year and these up and comers look to get a step further this season. They’ll have plenty of offensive firepower to work with and have added some very good veterans to an already strong defense. The oddsmakers love the Patriots as you’ll see from this list and they have every reason too. The offseason reporting on all of New England’s “problems” seems to be very overblown or just plain wrong. They are a great team and as long as Brady is there, they will be in contention. At +2000, there is good value here.

The Vikings had the most exciting games in last year’s playoffs and although they came up short, they still return a strong team. And, again, the Patriots. The Vikings are a playoff caliber team but have a ton of player movement to contend with. They remain a good team but it is a brand new one so missing the playoffs is as likely as making a deep run. The Vikings have much more to prove than most teams so it may be best to stay away from this wager as +2200 is too low a number for such a big risk.

A favorite for those who love veteran quarterbacks. +2400 is a good number for a Green Bay/New England matchup. The Packers probably have the most valuable player in Aaron Rodgers and it is no secret how important Tom Brady is week into week out. The Packers and Rodgers have been dealing with some tough injuries in recent years so taking this future is betting on good health. If Rodgers is on the field, the Packers always have a chance but this may be one to avoid as well.

Alright, an AFC team not named the Patriots in the mix. The Steelers return a top-rated offense and an improved defense. Being upset by the Jags in last year’s playoffs should provide plenty of motivation for a team that’s always in contention. As mentioned earlier, the Eagles have a better team on paper than last year and a matchup with the Steelers would be a great game. This is one of our favorite values on the list as an all Pennsylvania Super Bowl would pay quite nicely at +3000.

Another fun matchup that fans would love to see. The Rams are definitely on the up and up and a deep playoff run to the Super Bowl is not out of the question. The window for championships in the NFL is small and may be closing for Pittsburgh with quarterback Ben Roethlisberger is not getting any younger. This matchup may be perfectly timed as one team ascends and the other fades. +3500 is a great number for a Super Bowl no one would be surprised to see.

There is a look at some of the best Super Bowl Betting Matchups. Good luck!