NFL: Week 2 Wraps up with Piles of News and Notes 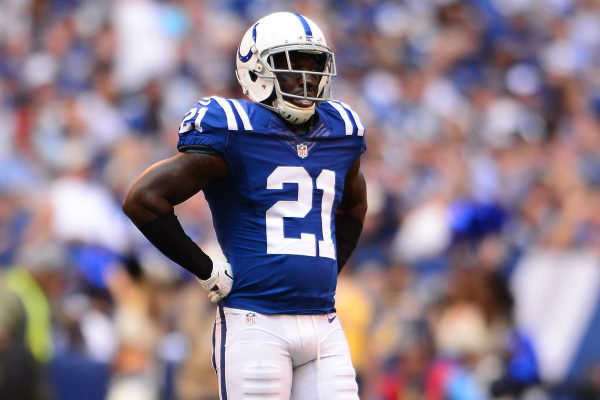 Two weeks in and the NFL season has not disappointed. Already, we have seen breakout stars, unpredictable outcomes, two ties, and some truly dreadful kicking. Let’s take a closer look at the week that was and what’s on tap in Week 3.

After being forced to sit out the first two weeks of the season, Eagles quarterback Carson Wentz has officially been cleared for contact and will start this week’s game against the Colts. Nick Foles, as expected was an adequate replacement, although he wasn’t able to win a shootout with Ryan Fitzpatrick over the weekend. But Wentz played at an MVP level before getting hurt last season and obviously gives the Eagles much greater upside if he can return to full health.

You know you’ve hit rock bottom when the ClevelandBrowns don’t want you. But that’s exactly what’s happened with Josh Gordon, who was traded on Monday. Naturally, it was the Patriots who traded for him, taking a chance on the troubled receiver who’s now battling a hamstring injury. The Patriots looked lacking at wide receiver during their Week 2 loss against the Jaguars, so adding a player with Gordon’s upside isn’t a surprise. Ironically, to make room for Gordon on the roster, the Patriots released Corey Coleman, a former first-round pick of the Browns.

Not So Sound in the Kicking Game

Speaking of the Browns, they have signed rookie kicker Greg Joseph to replace Zane Gonzalez, who has arguably cost them two wins this season. Gonzalez missed a potential game-winning field goal against the Steelers in Week 1 and missed two PATs and two field goals in Week 2 against the Saints, a game the Browns lost by three points.

Speaking of poor kicking, the Packers and Vikings experienced that during their Week 2 tie. Minnesota kicker Daniel Carlson missed all three of his field goal attempts, including one as the overtime clock expired. He has since been cut in favor of veteran Dan Bailey. Green Bay kicker MasonCrosby missed a field goal as the clock in regulation expired, although he also made his five previous field goal efforts.

A Star is Born

Without a doubt, the biggest breakout star of the first two weeks is KansasCity quarterback Patrick Mahomes. The second-year player has 10 touchdowns passes over the first two games of the season, both wins for the Chiefs. It’s just two games, but with the quality of Kansas City’s playmakers, if Mahomes can keep this up, the Chiefs become one of the most dangerous teams in the NFL.

As usual, there were a number of notable injuries in Week 2. Here are the ones you should know about:

Jaguars offensive lineman Cam Robinson tore the ACL in his left knee and will be out for the rest of the season. This is a big blow for a team that relies on its running game.

Giants offensive lineman Jon Halapio suffered both a broken ankle and a broken leg during the team’s loss to Dallas Sunday night. The Giants already had huge problems on the offensive line, so this won’t help.

Eagles Wide receiver Mike Wallace is out indefinitely after break-in g his fibula. There’s no specific timeline, but he figures to miss several weeks. The Eagles are also waiting for Alshon Jeffery to return from shoulder surgery so their receiver group is a little thin at the moment.

Bills running back LeSean McCoy fractured his ribs in Week 2. However, there’s a chance he’ll be able to play this weekend, even if he’s not 100%. McCoy has struggled to get it going this year, as has the rest of the Buffalo offense, so this is far from ideal.

We’ll close with one of the strangest retirement stories you’ll ever hear. Bills cornerback Vontae Davis retired at halftime of the team’s game against the Chargers on Sunday. Linebacker Lorenzo Alexander called it disrespectful, although Bills head coach Sean McDermott said that Davis did let the coaching staff know that he was taking himself out of the game, telling them that he couldn’t physically play any longer.

Davis eventually released a statement saying that he didn’t see himself retiring in this fashion but admitting “This was an overwhelming decision, but I’m at peace with myself and my family.”