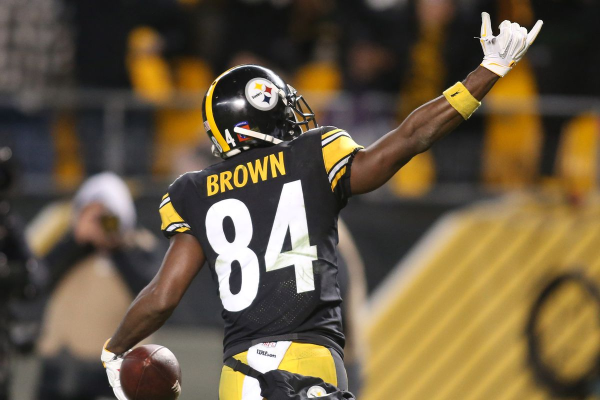 Two teams in the NFL that had high hopes for their season this year have gotten off to very rough start. The Atlanta Falcons are 1-3 and the Pittsburgh Steelers sit at 1-2-1. Atlanta travels to take on Pittsburgh at 1PM on Sunday afternoon. This is a key matchup for both teams as a loss will put the losing team at a huge disadvantage at making the playoffs.

These teams look good on paper but the results have not been showing up in the game. For a bounce back, the winning team is going to have to dominate in all facets of the game. Both quarterbacks are seasoned veterans and know that they must get in win in this one. The Steelers open as 3.5 favorites at home.

The Falcons are 1-3 on the year which is a start that they did not expect. They have played some very close games this year with their lone win coming against the Carolina Panthers in a 31-24 game. The Falcons have been in every game they’ve played this year as their three losses have come by a combined 13 points. Last week, they fell to the Bengals 37-36, the previous week they were defeated by the Saints 43-37 in overtime, and in the first game of the season they were ousted by the Eagles 18-12.

With all these close games, you would expect the offense to sputter, but it hasn’t. Matt Ryan has had a great year so far throwing for 1,316 yards and ten touchdowns. The Falcons average 329 yards a game through the air and 96 yards on the ground. The Falcons defense is struggling to stop people though as they allow 419 yards per game. The Falcons do have some injury problems this week as running backs Devonta Freeman and Tevin Coleman, linebacker Vic Beasley Jr., and wide receivers MohamedSanu and Julio Jones are all listed as questionable on the injury report for this week.

Pittsburgh Looking to Get Back on Track

The Steelers have had similar struggles this year. They have lost two games this year and they have been relatively close losses. Last week, they lost to the Ravens 26-14 and in week two they lost to the Chiefs 42-37. In the first week, they tied with the Browns 21-21 but both teams had multiple chances to win on field goals in regulation and in overtime. The offensive output for the Steelers has been great gaining 425 yards a game, but the defense has been bad allowing 440 yards a game.

Ben Roethlisberger has been his usual self this year as he has thrown for 1,414 yards and eight touchdowns. Because he is counted on for so much, he has also thrown five interceptions. Due to the absence of Leveon Bell, James Conner has gotten the nod at running back. Conner has run for 232 yards and three touchdowns in 63 attempts. The defense is awful allowing 440 yards a game and 324 of that has come through the air. This is a team that needs to find identity on defense because their offense will put up points.

This is going to be an offensive shootout. Both teams are going to score the ball a lot as evidenced by the over-under set at 58, I would even take the over. Both defenses have proved that they can’t stop anyone and the offenses have been putting up a ton of points. Because this game is in Pittsburgh, I would bet that the Steelers are going to take the win and cover. They are hungry for a win to stay in the playoff race