The Aaron Rodgers update and the effect on NFL futures 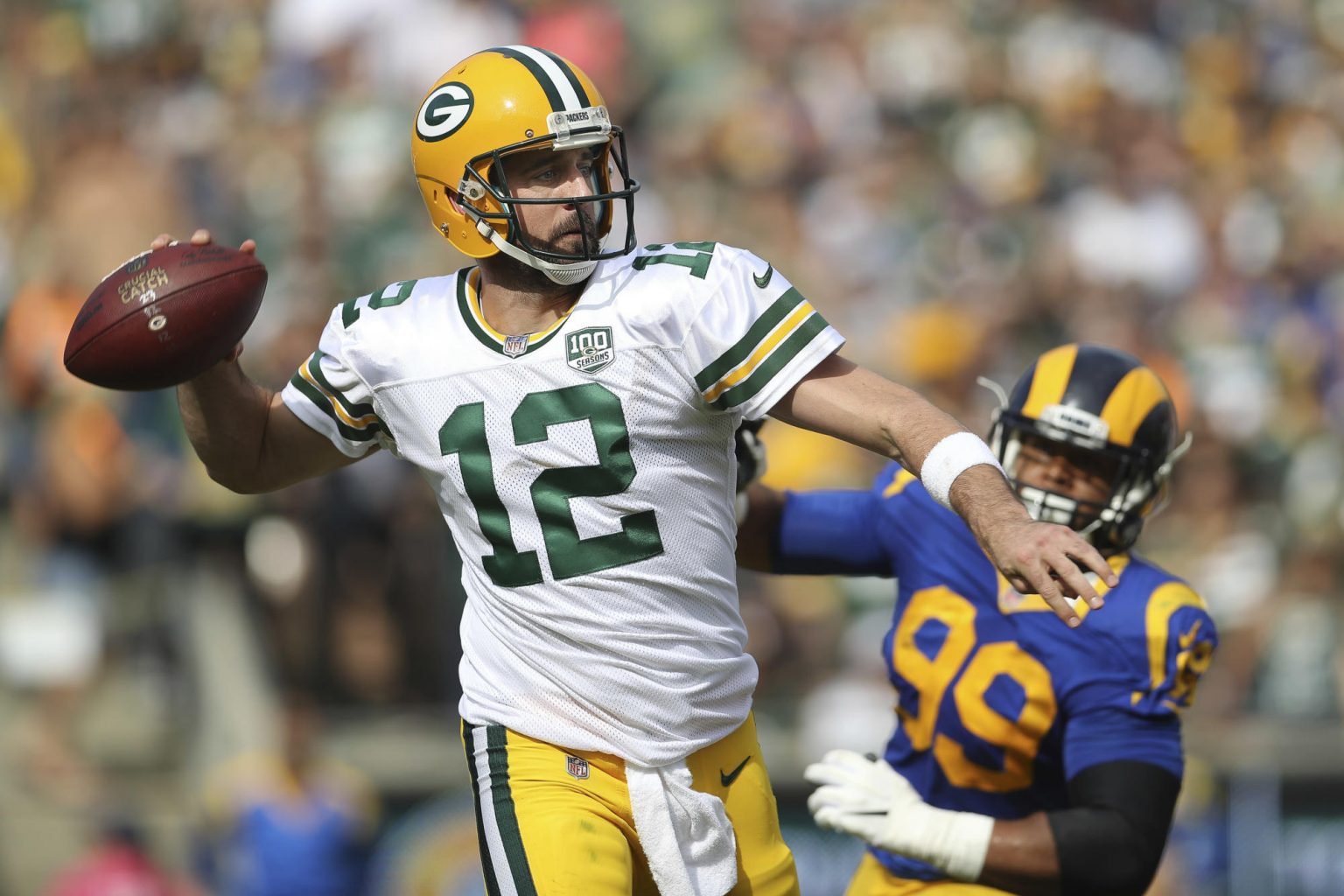 On Monday, Rodgers steered clear of providing any clarity on his immediate playing future.

“There's a lot of wisdom in silence,” Rodgers said at a news conference for “The Match” golf tournament.

“Sometimes there's a lot of wisdom in being selective on what you say. … Sometimes the loudest person in the room is not the person who has all the facts on their side or the truth on their side.”

Not much of a hint from Rodgers, who did not attend the Packers’ mandatory mini-camp and also skipped the team’s offseason activities.

If you believe Aaron Rodgers returns: The value is with the Packers

He would be back with the Packers for one reason, and that’s to win his second Super Bowl title.

If he’s back, he believes he has the horses to do it. Rodgers was the best player in the league last season, winning his third MVP award. And it wasn’t close.

In talking about the award, Rodgers seemed particularly proud of his ability to play at such a high level at an advanced age for professional athletes.

“To have sustained success and be able to play your best football at 37 in my 16th season is something I take a lot of pride in.”

To that end the Packers, among Super Bowl favorites when the offseason began (generally from 7-1 to 9-1), fell to +1400 to +1600 upon the breaking news around the NFL draft that Rodgers was unhappy and planned to quit rather than play again for Green Bay.

This week at FanDuel, the Packers are still way out there at No. 8 on the Super Bowl contenders list at +1700, behind the Cleveland Browns.

If Rodgers returns, Packers backers investing at +1700 will be holding some serious value.

If you believe Rodgers returns: The value is with the Rodgers for NFL MVP

Hard to come to grips with the idea that, if Rodgers does return to the Packers (with an extreme case of “prove it” along with him), that he’s only half the QB that Mahomes is.

But that’s what the odds say:

This would have to be considered value, and obviously goes hand-in-hand with the prospects of a very successful season for the Packers.

If you believe Aaron Rodgers does not return: The value is with the Vikings in the division

The NFL is driven by its quarterbacks, and the NFC North provides a pretty clear picture of how to bet the futures here.

If you don’t think Rodgers will be the Green Bay QB, who is the best of the division’s signal-callers?

Toss out the Packers, because Jordan Love (or whoever wins the job later this summer) is not going to lift that team.

Toss out the Bears, too. While Justin Fields is a strong draft pick, he’s not going to be ready to lead Chicago in Week 1 … or maybe in Season 1.

And Detroit? On top of the fact the Lions are clearly the worst team in the division overall, the QB position changed – Matt Stafford out; Jared Goff in – and not for the better.

So, by default, it’s the solid Minnesota Vikings, with dependable Kirk Cousins, who would be around –130 if Rodgers were to retire or play outside of the division.

Odds to win the NFC North (via FanDuel Sportsbook)

If you believe Rodgers is not coming back: Vikings everywhere else

Right now at FanDuel, investors can find the Vikings at +128 just to reach the playoffs. Value (if you believe Rodgers and the Packers can’t mend the marriage) is there.

There are several other opportunities to act now on the Vikings.

A recent Action Network analysis supported the optimism in a Rodgers-less NFL, too.

In a story published two weeks ago, the Vikings were seen as a value play at “Over” nine victories, +110, at DraftKings (they’re 8.5, -170 at FanDuel) and as the team to beat in the NFC North.

As with all NFC North bets, Rodgers will impact these prices significantly once we get clarity as to which team he’ll play for in 2021. If you think Rodgers has less than a 70% chance of staying in Green Bay, I would lock in these Vikings’ futures ASAP. Picks: Over 9 (+110) at DraftKings; Win division (+325) at BetMGM.

As the information expands and training camps are prepared to open, the Rodgers situation will crystallize. For those with a belief about Rodgers – one path or the other – the value is right there, right now.