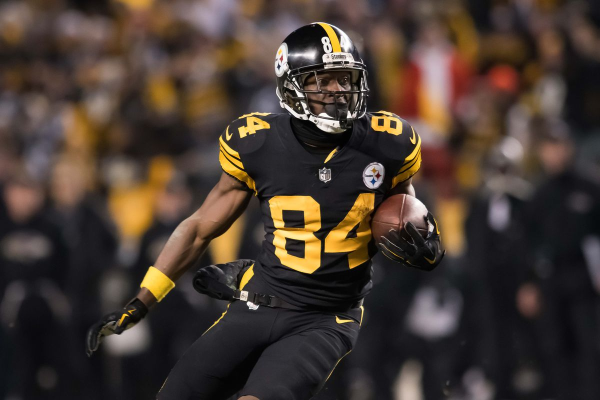 The AFC North just seems upside down right now.  You have the Bengals in first place, the Cleveland Browns are tied with the Pittsburgh Steelers at .500, and the Ravens are somewhere in between.  Two of these teams will clash on Sunday when the Pittsburgh Steelers (2-2-1) travel to Paul Brown Stadium to take on the Cincinnati Bengals (4-1). Kickoff is scheduled for 1:00 pm ET.

For the Steelers, they have struggled to find consistency. They tied the Browns in week one 21-21, lost to the Chiefs 42-37, beat the Buccaneers 30-27, lost to the Ravens 26-14 and beat the Falcons 41-17.  Now, hoping to get their offense rolling, they will look to take out the division leaders.

For the Bengals, they have found a way to win most weeks.  The first two weeks of the season they beat the Colts and the Ravens by the same score, 34-23.  Week 3 they lost to the Panthers 31-21, then followed with wins over the Falcons 37-36 and the Dolphins 27-17.  They would love nothing more than to take it to the Steelers this week, been at or near the top of the division for several years.

The spread for this one comes in with the Bengals being slight 2-point favorites at home. The over/under for total points scored sits at 52.5 points.

Steelers Hope Offense Can Carry Them To Victory

On paper, the Steelers offense is loaded.  Even without Le’Veon Bell, who is still in the midst of a holdout (although rumors have him rejoining the team during their bye in week 7), the Steelers still have a great offense.  Ben Roethlisberger still leads the way undercenter as he has thrown for 1,664 yards, 11 touchdowns and has 6 interceptions.

His leading receiver thus far this year is JuJu Smith-Schuster (35 receptions, 450 yards, 2 touchdowns) and Antonio Brown (35 receptions, 373 yards, 5 touchdowns).  He also has been able to utilize running back James Conner in the passing game (22 receptions for 239 yards). Speaking of Conner, he has done well in Bell’s absence, rushing for 342 yards and 5 touchdowns on 84 attempts.

Their defense has some work to do, particularly against the run.  Thus far, they have given up 525 rushing yards and 2,006 yards of total offense. Statistically, Jon Bostic leads the team with 23 tackles while T.J. Watt leads the team with 6 sacks.  They also have several players tied for the lead with one interception. Still, while the defense has been suspect, they had their best game of the season last week against the Falcons.  They sacked MattRyan 6 times and held him to under 285 yards passing. If they can play that way against Andy Dalton, good things might happen.

Comeback Kids Hoping To Get Out In Front This Week

Three times already this season the Bengals have had to come back from behind to win.  Last week, it included 27 unanswered points. Some of the biggest points came from their defense, as they scored two defensive touchdowns last week.  Leaders on their defense are Nick Vigil with 41 tackles, GenoAtkins with 6 sacks and Jessie Bates with 2 interceptions.

Offensively, AndyDalton has been solid, yet not spectacular behind center. He has thrown for 1,445 yards, 12 touchdowns and 7 interceptions.  His two leading receivers this year are A.J. Green (26 receptions, 409 yards and 5 touchdowns) and Tyler Boyd (30 receptions, 393 yards and 2 touchdowns).

The real threat on the offense is Joe Mixon.  Despite missing some time, he has 272 yards rushing on 60 attempts with a touchdown. He also has 9 receptions for 79 yards and another touchdown. Mind you, he has only played in three games after having arthroscopic knee surgery in September.  Last week, he had 93 yards on 22 carries and another 22 in the air (with a touchdown).

While the Bengals have a great record, their gameplay has shown they are due for a regression.  They have been able to escape some tight games with victories and I think that changes this week when the Steelers come to town.  I look for Roethlisberger and company to have a nice day and to win this game outright. We are taking the Steelers and the 2 points in this one.

Tonight’s NBA betting schedule is lacking in overly compelling matchups, but tonight’s action will also be taking place with a few notable names missing. Booker, Morant, and Lillard Sidelined Tonight and Beyond Booker Out Versus Pistons Due to Hamstring Injury The Phoenix Suns lost Devin Booker (hamstring) on Tuesday against Golden State but closed out END_OF_DOCUMENT_TOKEN_TO_BE_REPLACED