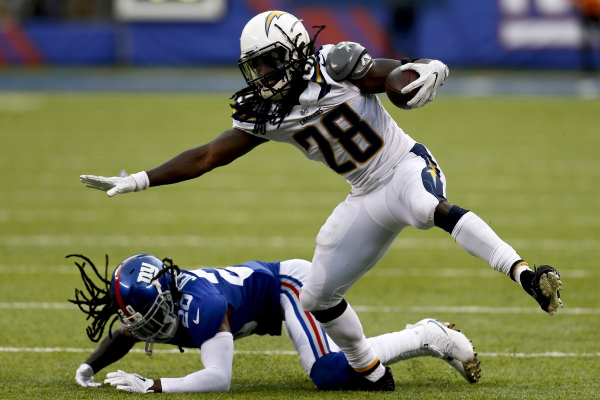 The Tennessee Titans and the Los Angeles Chargers will meet on Sunday morning in London. The kickoff is set for 9:30 AM EST and is sure to be a game to watch before the Sunday afternoon games kick off. The Titans sit at 3-3 and are struggling a bit this year after the injury to starting quarterback Marcus Mariota they have fallen off a bit. In the last two games, they have only scored 12 points combined.

The Chargers are 4-2 on the year and have been playing very well in their last three games. They have won three games in a row and in the last two games has turned in a dominating performance. This is a game that really could go either way and whoever wins the game will gain a ton of momentum as each team is still striving to reach the playoffs. The Chargers are favored to win this one by 6.5 points.

The Titans have really had a rough go of things in the last couple of weeks as they lost to the Ravens 21-0, the Bills 13-12, and before that had three struggling wins by a combined nine points. The Titans are only scoring 14.5 points a game but at the same time they are only allowing 17.8 points a game. The Titans inability to score the ball stems from their struggles to move the ball.

The Titans only gain 262.7 yards a game and only 164.2 of that comes through the air. With as bad as their passing game has been this year they are ranked dead last in the NFL. The Titans have the 22ndranked rush attack in the league and all of this stems to create the worst scoring offense in the league.

The Titans defense is the third best in the league in terms of points allowed so if they end up finding some offense at some point this year, they will be able to stay in a lot of games with the strength of their defense. One big loss for the Titans comes as starting outside linebacker DerrickMorgan is going to be sidelined for a few weeks with a shoulder injury.

The Chargers come into this game on a roll and look to make it four wins in a row against the struggling Titans. A lot of the success over the past three games can be attributed to the play of quarterback Phillip Rivers. Over the past three games, Rivers has thrown for seven touchdowns against just two interceptions. In total on the year, Rivers has thrown for 1,702 yards and 15 touchdowns.

Melvin Gordon has been running the ball really well his year too, gaining 466 yards on just 91 carries. Gordon has found the end zone six times this year. Los Angeles is scoring the ball at a rapid pace as they are 5thin the NBA in points a game with 29.2 and are tied for 15thwith points against as they allow 24.0 a game.

The Chargers are clearly the superior team in this matchup but the question remains to see if the Titans defense is legit. After this one I think that we will find out. If the defense is as good as advertised, will the Titan offense be able to score enough to win? I look for the Chargers offense to exploit the weaknesses in the Titans defense that other teams have not been able to take advantage of quite yet this year.

This is the best offense the Titans will have faced all year long and I think the Chargers will be able to score right around their average. Look for the Chargers to cover the 6.5 point spread.