New Favorite To Land Newton After QB’s Release From Carolina 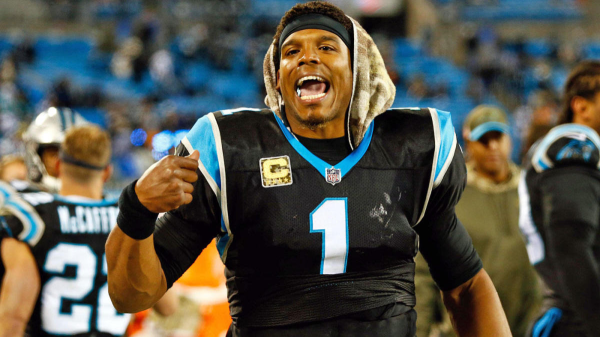 Nothing lasts forever in the NFL. In the cutthroat business that is professional football, not even an NFL MVP award or an NFC Championship earns you the right to stay with your team for as long as you desire.

After nine seasons in Carolina, Cam Newton was released by the Panthers on Tuesday. The decision came a week after the team gave Newton permission to seek a trade — a message Newton disputed by saying the Panthers “forced me into this.”

The former No. 1 overall selection in the 2011 draft continues to recover from foot surgery after suffering a Lisfranc injury that sidelined the QB for 14 games last season. Newton also required surgery on an injured shoulder that shortened his 2018 season by two games.

Due in large part to his recent injury history, Newton hasn’t been the same player that won the 2015 NFL MVP award. So, the Panthers and new head coach Matt Rhule decided to move on from Newton and opt for Teddy Bridgewater, who signed a three-year, $63 million deal with the team.

By releasing Newton, the Panthers save $19.1 million in cap space, which became necessary with the Bridgewater contract.

Newton now faces an uphill battle to find his next team, as the QB can’t go into a team facility for a workout or physical as the league continues its shutdown amid the coronavirus pandemic.

When you look at Newton’s career as a whole, it’s easy to focus on the highs. After all, he’s a league MVP who took his team to a Super Bowl while living up to his No. 1 overall draft selection.

However, NFL owners and GMs will be much more attentive to the fact that Newton hasn’t been the same QB since he took the Panthers to the sport’s biggest game in 2015. Newton’s health and production have both declined over the past four seasons.

In his first five NFL seasons, Newton earned an NFC Championship title, three Pro Bowl selections, and his MVP award. He also led the Panthers to a record of 12-4 in 2013 and 15-1 in 2015.

And while Newton didn’t miss a single game in his first five seasons as a pro, he’s missed 17 games since that run to the Super Bowl.

Which Team Will Gamble On Cam?

Although Newton is limited in his ability to show NFL franchises that he’s healthy due to the league-wide shutdown, that will be the most important aspect of any potential deal to bring in the former MVP.

Former NFL executive Bill Polian thinks Newton may have to wait unless he’s willing to take a one-year deal that gives the team plenty of maneuverability. “I wouldn’t be willing to give up anything until I knew he was healthy,” Polian said.

However, Newton is expected to be on a roster at the start of the 2020 season, and it’s likely he’ll be a starter if healthy. So, who’s going to be the team to take a gamble on the quarterback who changed what an NFL quarterback can be?

However, Newton to the Chargers is far from a done deal, and teams like Miami and Jacksonville, both of whom own odds of +470 to acquire Newton, are still in the race.

Newton’s future could be decided by the NFL Draft, when a team like the Dolphins is expected to use a top pick on a rookie QB. Whichever team misses out on a young quarterback is likely to be the one to take a gamble on Newton.