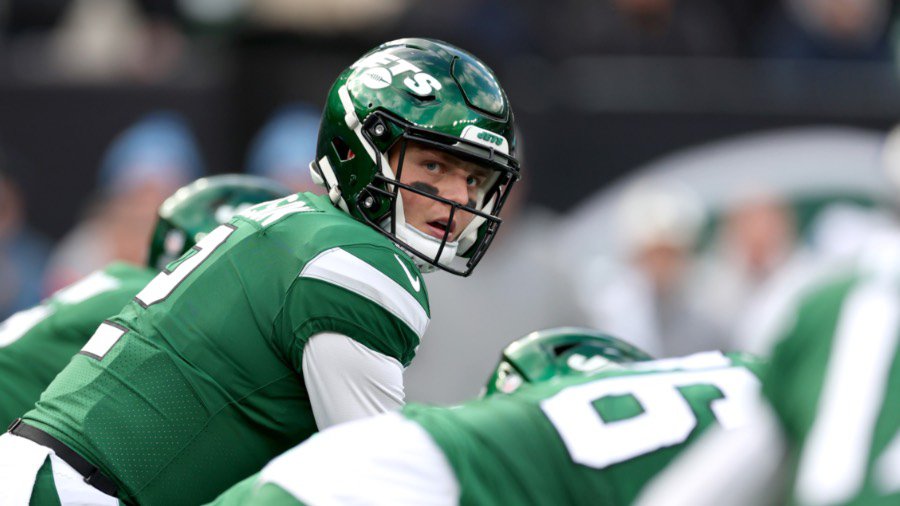 Week 16 of the NFL season will open with one of its most important matchups, as the New York Jets will play host to the Jacksonville Jaguars in this week’s Thursday Night Football matchup.

Thursday’s showdown at MetLife Stadium is set to kick off at 8:15 pm ET, and you can catch all of the action on Amazon Prime Video.

Jacksonville trailed Dallas 27-10 before rallying to force overtime and then won it on a pick-six that bounced off of Cowboys receiver Noah Brown and into the happy hands of safety Rayshawn Jenkins, who took it to the house to cap the comeback.

There was no such happy ending for New York. The Jets took a late lead over the Detroit Lions on C.J. Uzomah’s touchdown catch, but the Lions retook the lead with under two minutes left on a long touchdown play, and on the final play of the game, Greg Zuerlein missed a 58-yard field goal that would have forced overtime.

After their third straight loss, the Jets are now a game behind the Dolphins and Chargers for the AFC’s final two playoff spots. And with this being their last home game before wrapping up with road trips to Seattle and Miami, this is a must-win game.

It’s also a must-win game for the Jaguars, who have won back-to-back games against Tennessee and Dallas to pull within a game of the sliding Titans in the AFC South.

With a trip to Houston and a home game against Tennessee to close out the season, Jacksonville’s division title hopes are alive and well, but they need to win on Thursday night to put even more pressure on the Titans, who host the Texans on Saturday afternoon.

Which of these teams will pick up a valuable TNF win? Read on for our Jaguars vs Jets prediction, as well as our Jacksonville vs New York betting picks and analysis.

Game odds are via FanDuel as of Tuesday, December 20, 2022, at 10:45 am ET. This article may also include odds from our other recommended legal sports betting sites.

Will 2021’s Top Two Picks Show Out on Thursday Night?

When it comes to being part of teams that are in the playoff hunt at this point of the season, both Trevor Lawrence and Zach Wilson, the top two picks in the 2021 NFL Draft, are ahead of schedule.

Only one of the two has the numbers and performances to match, however. That would be Lawrence, who threw for 368 yards and three touchdowns to lead the Jaguars to a win in Nashville and then threw for 318 yards and four touchdowns in the wild win over the Cowboys.

After throwing for 300+ yards only once in his first 10 games this season, Lawrence has hit 300 yards in three of his last four games. All three have come in wins, with the other being the Week 12 win over the Ravens.

While Lawrence’s numbers for the season rank well statistically, Wilson is statistically one of the league’s worst starting QBs.

But he did show some good things against the Lions, even though he returned to the starting lineup due to Mike White’s physically brutal day against the Bills in Week 14.

Wilson completed only 51.4 percent of his 35 passes and threw an interception, but he threw for 317 yards and two touchdowns. And he had made multiple clutch plays in the fourth quarter, including a 20-yard completion to Garrett Wilson on 4th and 18 in the dying seconds to set up Zuerlein with a makeable chance to tie.

Can he build on the positives? It’s not certain that he will get the opportunity to, as White has not been ruled out for Thursday’s game. But if Wilson does get the starting nod, receiving some open support from coach Robert Saleh on Monday could be a very helpful boost for his self-belief.

I like the trajectory that the Jaguars are on, and they have impressed in their recent wins over the Ravens, Titans, and Cowboys.

If it’s an ugly game, which is likely given the above numbers, it does not suit the Jaguars. Jacksonville is 1-4 straight up this season in games with 45 or fewer points. The lone win out of the bunch came in Week 2, when they blanked the Indianapolis Colts 24-0.

There’s a good bit of disparity with the spread among our recommended sportsbooks, but if you can get the Jets as an underdog, take advantage of it.