How Would an 18-Game NFL Schedule Affect the Betting World? 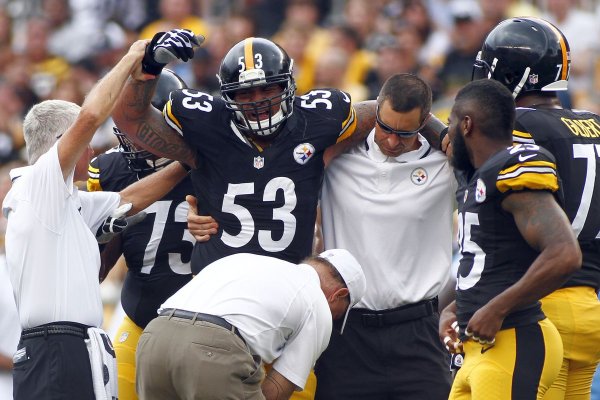 With talk about an 18-game NFL season on the table, gamblers and fans alike would be left scratching their heads

With the word on the block that the NFL plans to add two more games to the regular season, a lot of fans and gamblers are asking a lot of questions. Most prominently, the NFL has said that if such a change were to be implemented, it would result in players being allowed to only play 16 games a season. In other words, your star quarterback could only play 16 of the 18 games. This interesting dynamic means that not only can players play for whatever game they plan on, but it institutes an absolute nightmare for gamblers who often base their wagers based on the injury reports.

While players being benched obviously wouldn’t constitute injuries, gamblers and fans would first find out whether or not a player was going to play based on this report. This means that in order for people to actually intelligently wager on games, they would have to have all of the information on their plate before locking in a play. So what would this mean for gamblers?

Information would become more valuable. This means that finding out whether or not a player is going to be activated or deactivated for a certain game is going to require much more precise transferring of information. Without being able to determine whether or not someone was playing or not, it means that a lot more players are going to struggle to be able to be worth wagering on.

For example, for a team that is incredibly reliant on one player like the Green Bay Packers, losing Aaron Rodgers could be the swing of about 3.5-4 points. Being able to get inside information on a game means that such a player would be able to lock-in a critically important wager, and it’s precisely why the premium on information is going to go up.

Being able to plan out the entire schedule is going to be extremely important. While teams popularly mail in games or bench players towards the end of the season, especially when they’ve clinched a playoff spot, bettors will have to examine the schedule carefully weeks in advance to try and anticipate when a player is going to be benched. Being able to lock-in these lines before they happen means you’re getting a significant edge on the books before they move the line once players are announced. Ultimately, the schedule is going to mean a lot more for those who handle where players go.

This has to be accounted for when making wagers.

Teams may become duplicitous for others as far as letting them know when they are going to bench a player. These kinds of strategies are important to keep in mind because, while teams couldn’t care less about gamblers, by proxy, gamblers would be affected by the deception. This means that announcements or rumors whether a player is going to be benched or not will become more abundant. This means that players are going to have to determine quicker than before whether or not there is going to be an actual deactivation or not. That’s very important to keep in mind.

At present, it’s already hard enough to get really solid (and genuine) inside information on games, and until actual movement happens, players are going to have a lot of issues going forward being able to get a grip on what would most certainly shake up the NFL, for better, casual fans, and of course, teams that have to individually adapt.