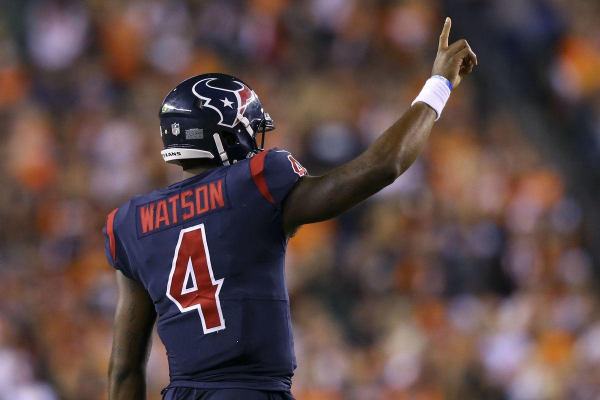 The Houston Texans are headed to the Meadowlands to take on the New York Jets in the first Saturday game of the year in the NFL. The Texans are coming into this game as winners in 9 of their last 10 games. Their only loss was last week vs. Indianapolis. The Jets, on the other hand, have lost four of their last five, with their only win vs. the Bills in Buffalo last week. Sam Darnold returned to the field multiple times last week to lead the Jets to victory over his fellow rookie Josh Allen.

The Texans are right in the thick of the playoff hunt, and they are in a spot where it would take a pretty strange scenario for them to not make the playoffs. However, they still need to win games to lock up the division and head to the playoffs as the likely 3 seed. There is a path for them to even secure a bye if they can produce a better record than the Patriots in the last 3 weeks. That being said, they clearly have much more to play for in this game. The Jets should be attempting to lose honestly. I don’t think they are intentionally throwing this game, but the motivation for both of these teams is clearly NOT similar at all.

Deshaun Watson has been great all year at producing with a rotation receiver group. We have seen guys like Will Fuller, Keke Coutee, and Demaryius Thomas get added and subtracted from this team throughout the season. Even with this evolving group, the Texans went on a 9 game winning streak, and they produced offensively in basically all of those games.

The one constant in this group has been DeAndre Hopkins. Hopkins is an elite wide receiver that has made highlight reel plays all season long. Hopkins should have no issues getting what he wants in this game. Not because the Jets are a horrible defense, but because Hopkins can almost always get what he wants.

The Texans played a very strange game last week without Keke Coutee, who they will be without in this game as well. Their wide receivers played a combined 205% of the snaps. That’s incredibly low, meaning that they ran a 2 WR set 95% of the time. Demaryius Thomas and DeAndre Hopkins were the only factors, getting 94% and 100% respectively. They ran a 2 TE set almost half of the time, which makes Ryan Griffin and even Jordan Thomas viable threats in this game. Lamar Miller is getting about 70% of snaps but is just a guy that rarely changes the game drastically.

The Jets seem to be pushing the youth movement here at the end of the year with Darnold at QB, McGuire and Cannon splitting RB carries, and guys like Enunwa and Anderson at the WR as usual. The oldest offensive skill player on the Jets this week is 26 years old. That doesn’t bode well for them if they are actually trying to win this game. I think that they want these young guys to play hard and get experience vs. a good team who is trying to win, but they aren’t expecting to win this game by any means.

I like Trenton Cannon as a player down the line, but he is getting 30% of the snaps and shouldn’t change the game here. Enunwa and Chris Herndon are in the best spot vs. the Texans with their defensive lines ability to get to Darnold. Robby Anderson should be able to get open downfield IF Sam has time to get that throw off. I think the Jets could score points here, but I also expect a few turnovers with the pressure on Darnold.

Darnold’s biggest issue coming into the year was ball security. I think that this is a spot that it gets exploited with the Texans forcing at least 2 turnovers. The Texans are just much more experienced on the defensive end and more talented on the offensive end for the Jets to keep up here. I’ll take the Texans (-7).