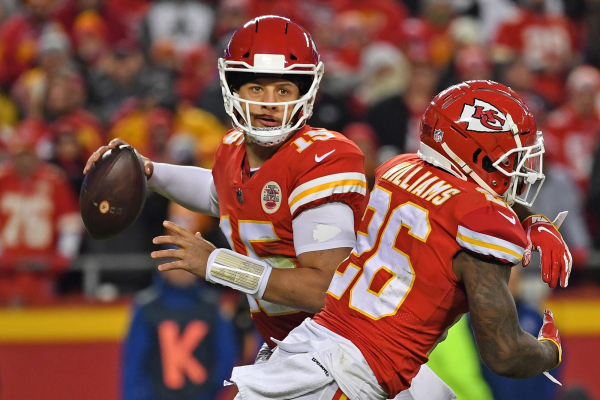 While odds are available to see who’s going to win the Super Bowl, it’s still worthwhile to lock in a wager on the MVP candidates with great value

Some people might say that the Super Bowl MVP is the only MVP award that matters, but to gamblers, we can make just about any accolade mean a whole lot more if we have some money on it. Consider the NFL MVP race for 2019. While some might look to back last year’s winner, don’t count out a lot of other players with tremendous value.

In the past 10 seasons, a position player outside of quarterback has won the coveted MVP award for the regular season only once. Outside of Adrian Peterson, who won the award as a running back, every other winner has been a QB. And you can bet, this year is going to be very much in line with recent trends.

At 6-to-1 odds, the third-year quarterback from the Kansas City Chiefs, Patrick Mahomes, is favored to take home back-to-back MVP awards after having one of the most incredible seasons in NFL history. One of the few quarterbacks to play in a “gadget” offense at the collegiate level, Mahomes was able to immediately take charge and dominate NFL defenses in his first season as the starter at an unprecedented level. And even more impressive, he was able to do it with his arm more than with his feet.

Mahomes looks to repeat his stellar season and show oddsmakers and bettors alike why he should be favored to repeat as NFL MVP. Since 2008, only Peyton Manning was able to win back-to-back MVP awards. While Tom Brady and Aaron Rodgers both won the award more than once, neither of them had repeat seasons as MVP.

While he is favored, don’t bet on Mahomes doing it again. Instead, hunt for value on a player that most will count out on a team with the potential to have a big season.

At 16-to-1, there is tremendous value on the Philadelphia Eagles’ uber-talented but uber-injury prone Carson Wentz. Wentz has been plagued with debilitating injuries in recent seasons, and despite outstanding performances, it is former Philly QB Nick Foles who gained all the glory after leading the Eagles to an incredible playoff run and eventual Super Bowl victory over the favored New England Patriots in 2018.

With Foles in a Jacksonville Jaguars uniform now, the younger Wentz has the chance to shine again. With a chip on his shoulder, Wentz has the chance to prove he is still a high-level multi-tool QB in this league, and he certainly deserves a look at +1600. If the press and fans alike are counting someone out, give that player some added attention, and Wentz fits that description to a tee.

Favored at +900 right behind Patrick Mahomes, Andrew Luck deserves a closer look. While most teams are discounting him due to poor team performances and not-so-hot years after showing he had the chops to be one of the league’s elite QBs, Luck has battled a nagging injury to his throwing shoulder as well as enduring years where his team’s defense left much to be desired.

While individual performance is a factor in the award, it’s impossible to win out if your team plays poorly. With a lot of high expectations for this year’s Colts squad, Luck undoubtedly has the talent and the team that could make a run in the AFC. As long as Tom Brady is wearing an NFL uniform, teams in the AFC — including the Chiefs — know they won’t be waltzing to play the eventual NFC winner in Miami Gardens this upcoming February, but this year is as good as any other to take a shot on Luck at MVP.