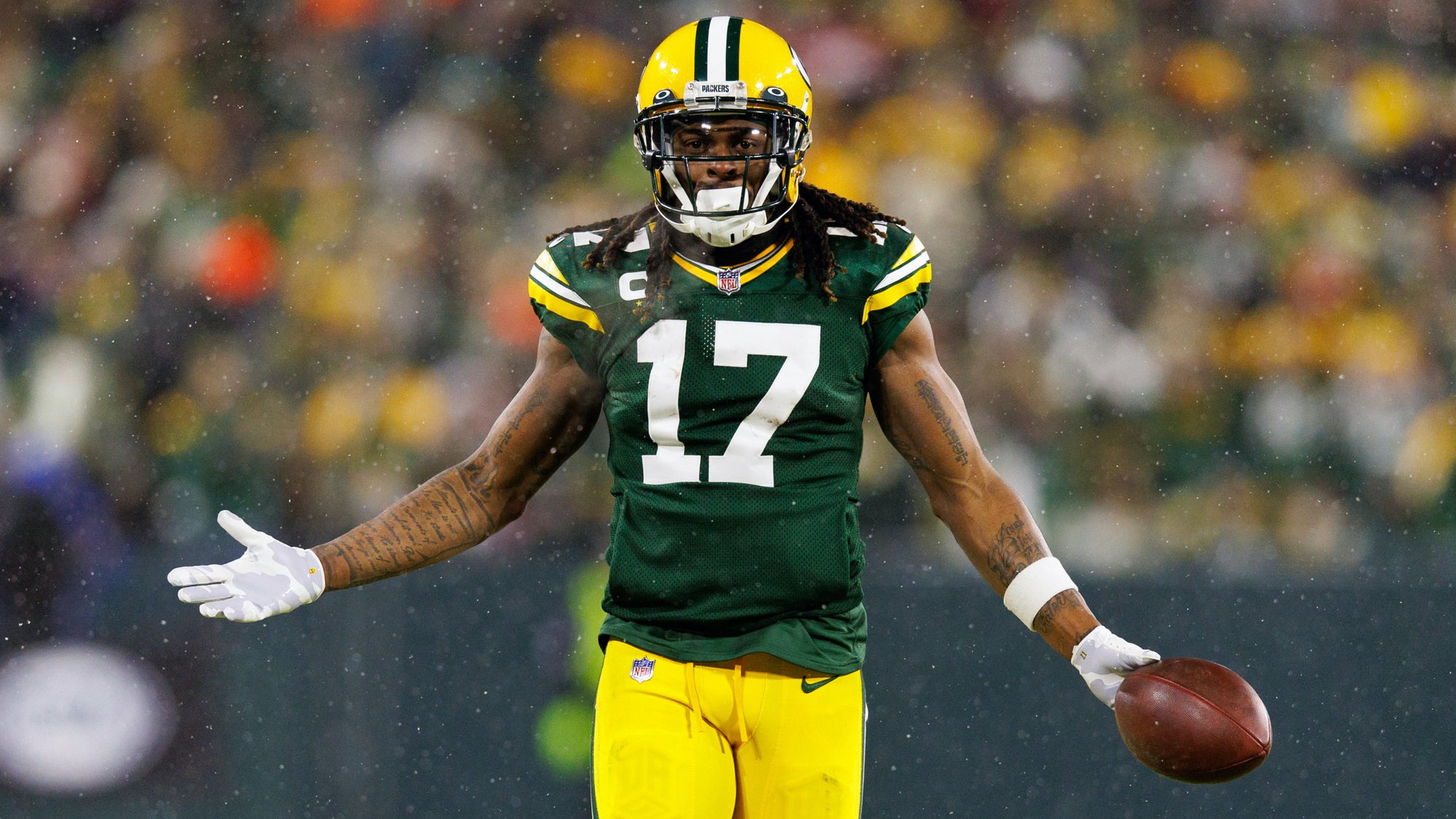 The NFL offseason hasn’t been short on entertainment and Thursday proved that with one of the biggest blockbuster trades in a long time between the Green Bay Packers and Las Vegas Raiders involving All-Pro wide receiver Davante Adams.

The Rodgers sent Adams to the Raiders in exchange for the 22nd and 53rd overall picks at the 2022 NFL Draft. It didn’t take long for the superstar wideout to make Las Vegas his new home for the next few years, signing a five-year, $141.5 million contract after the deal was complete.

This move comes as a major shock — especially to Packers fans — because no one was expecting Adams to move after quarterback Aaron Rodgers signed a four-year, $200 million extension with Green Bay this month.

Nevertheless, a trade of this magnitude is bound to impact both teams’ future odds, with both looking to win a Super Bowl this season.

Anytime a player like Adams leaves an organization, it wouldn’t be surprising to see said team’s Super Bowl odds take a hit. Fortunately, this trade hasn’t exactly done that to the Packers.

Having said that, the Packers are still going to miss Adams’ presence this season. He’s recorded at least 111 receptions, 1,374 yards and 11 touchdowns in three of the last four seasons. He was easily Rodgers’ favorite target, so it’ll be interesting to find out who they find to “replace” him.

Replacing a player of Adams’ caliber is nearly impossible, but the Packers must try. As it stands, Allen Lazard and Randall Cobb are the wide receivers on Green Bay’s depth chart. With all due respect to both of them, that just isn’t going to cut it if the team expects to go on a championship run this year.

Lazard has been in the NFL for four seasons and has never finished with more than 513 receiving yards. Meanwhile, Cobb was once good enough to be a 1,000-yard player, but he’s in the back half of his career and looks like a shell of his former self.

The Packers said prior to the Adams trade that they’d like to add another veteran wide receiver this offseason and that likely hasn’t changed. Names like Julio Jones, Jarvis Landry and Emmanuel Sanders are all available in free agency, so time will tell who Green Bay goes with.

At the end of the day, the Packers are fortunate enough to have Rodgers as their QB because any team fielding him has a shot at going on a deep run. With that being said, fleshing out their offense even more will give them a better fighting chance.

The AFC West has become an absolute bloodbath this offseason. While the Kansas City Chiefs are always a contender, the Los Angeles Chargers and Denver Broncos made serious offseason moves on both sides of the ball to catapult them into the upper echelon of the NFL.

That left the Raiders having to play catchup and they did not disappoint their fans by acquiring Adams. If anything, this deal was a long time coming after it was reported last week that the 29-year-old wideout bought a multi-million dollar mansion in the Las Vegas area.

Nevertheless, the five-time Pro-Bowler’s presence has given the Raiders’ Super Bowl odds a much-needed boost. Their Super Bowl odds went from +5000 before the trade to +3500 after it, which is tied for 17th-best across the league.

The truth is veteran QB Derek Carr now has one of the most dangerous collection of weapons in Adams, Hunter Renfrow and Darren Waller.

The Raiders have also improved their defense this offseason, bringing in the likes of former Indianapolis Colts cornerback Rock Ya-Sin and former Arizona Cardinals EDGE Chandler Jones. Assuming these defensive moves pay off as well, Las Vegas could surprise a lot of teams next season.

Each of the Raiders’ moves has looked good on paper so far, but their fanbase has had their hearts broken before. Only time will tell if the 2022 Raiders are legitimate Super Bowl contenders or if they’ll be pretenders once again.

The 2022 French Open is underway at Stade Roland Garros in Paris, France, and we are already almost through the first week of play. Tomorrow, the remaining third-round matches will take place, after which the men’s and women’s singles draws will be down to their final 16 contenders. In both men’s and women’s singles, there END_OF_DOCUMENT_TOKEN_TO_BE_REPLACED