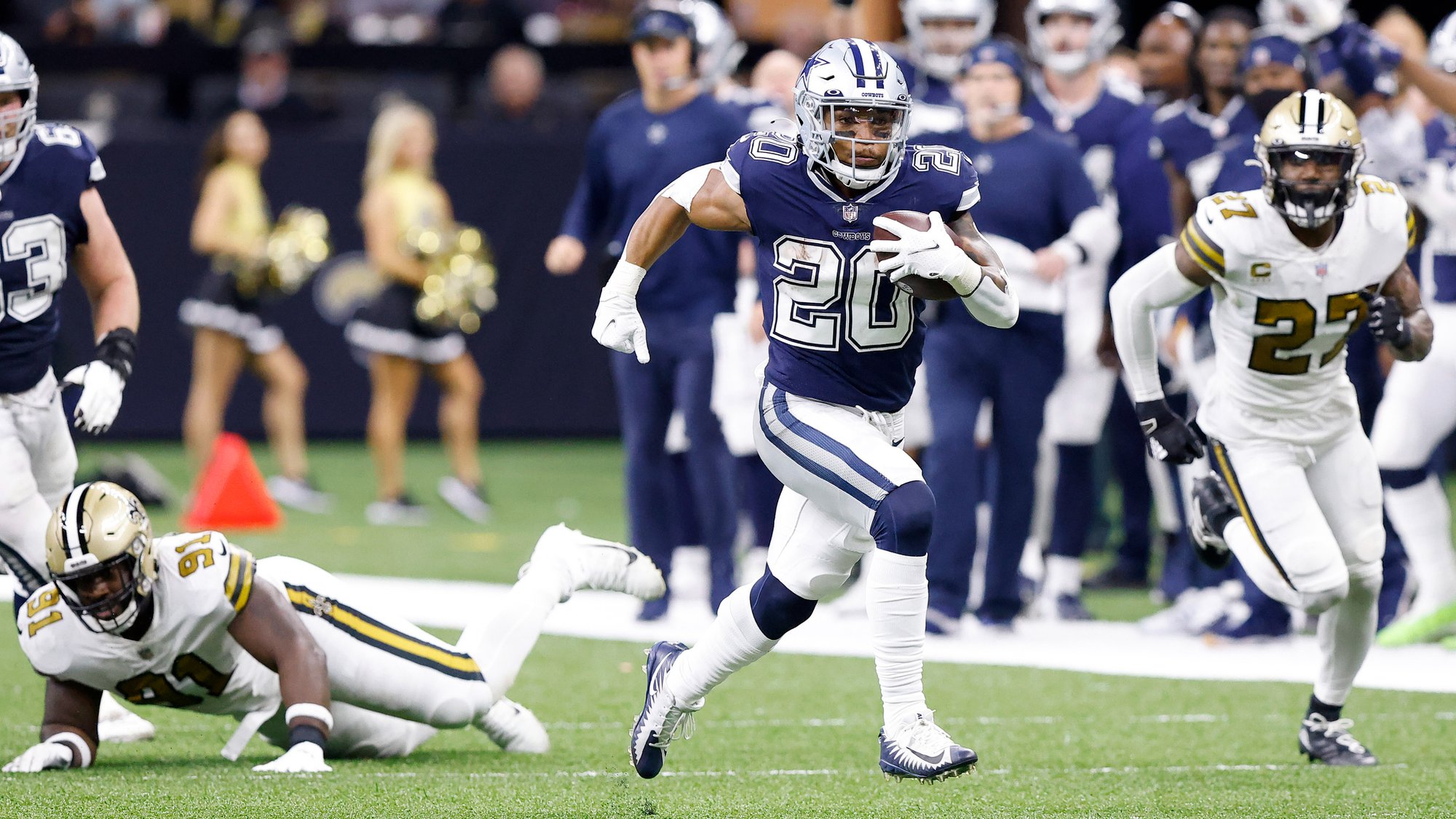 Dallas has already clinched the NFC and an NFL playoff spot as a result, but the Cowboys did not look good in last Sunday’s home loss to the Cardinals. They might not need to win their regular season finale against the Eagles, but they will want to head into the playoffs on a positive note.

The Eagles are into the playoffs too, but their seeding can improve with a win. It wouldn’t make a real difference though, so it is hard to expect a hard-fought contest.

Cowboys vs Eagles odds are from BetMGM.

Dallas is looking to rebound from last week’s loss to Arizona. It was not a disaster but heading into the playoffs you want to be winning your games at home. Dallas has struggled against quality teams all season long though too. A win would be good for the team’s confidence even it isn’t pretty.

I am curious how they are going to manage their players in this one. They lost receiver Michael Gallup to a torn ACL on Sunday, and there isn’t much to be gained with a win other than potentially getting a more favorable playoff matchup.

Similarly, there is not much to be gained for the Eagles. Winning only becomes of some value if the playoffs have lots of upsets. The Eagles lost 41-21 when these teams met in Dallas in September. That does provide some possible motivation.

Both teams are going to take things easy on Saturday which is why I think the under is the way to go.

Dallas poured in 41 points the last time these teams met, but that feels like ages ago. Philadelphia is as committed to running the ball as any team in the NFC and in a game like this one they are going to want to keep the clock moving. Just don’t look for Hurts to be scrambling out there and taking hits in whatever action he sees.

The Eagles snapped a three-game over streak in their last game, a 20-16 win over Washington. With all the running they do and a defense that is ninth in points allowed, their average game sees only 46 points. I just don’t see that much offense occurring on Saturday.

Dallas is 10th in rushing offense, so that is two teams in the top ten–the Eagles are first–in that category squaring off. Both have reliable reserve running backs too so they can feature the running game without creating too much risk of losing someone for the playoffs. Look for a game with few big plays and not much passing on early downs.

A division game in the final week is supposed to be exciting football. The circumstances are such that we can't really expect that in this matchup on Saturday night.

The 2022 Formula 1 season is only six races deep, but the race for this season’s championship alerady appears to be down to just two drivers. Last season, Red Bull driver Max Verstappen claimed his first Formula 1 World Drivers’ Championship in highly controversial circumstances, with Lewis Hamilton denied what would have been a record-breaking END_OF_DOCUMENT_TOKEN_TO_BE_REPLACED