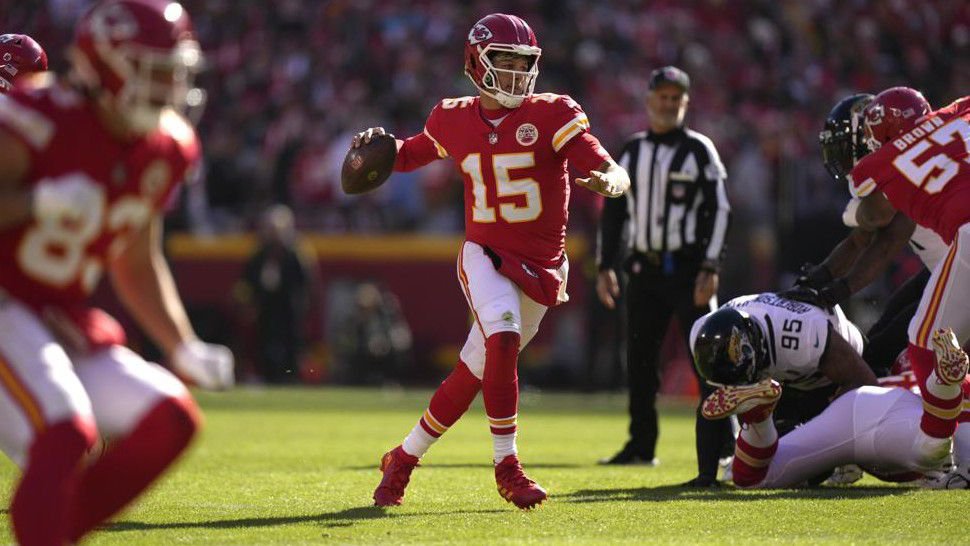 After another underwhelming offensive performance in Week 10, the Los Angeles Chargers will need to step it up this week with NFL MVP favorite Patrick Mahomes and the Kansas City Chiefs coming to town for a Sunday Night Football showdown.

In a rare NFL scheduling quirk, the Chargers will be part of the Sunday Night Football matchup in consecutive weeks. But will they fare better against Kansas City than they did this past Sunday in a 22-16 loss at San Francisco.

The Chargers led at halftime but were shut out in the second half as the 49ers rallied for the win.

While the Bolts are bumbling along trying to figure things out on offense, Mahomes and the Chiefs have won three straight games since a Week 6 loss to the Buffalo Bills. In Week 10, they defeated the Jacksonville Jaguars 27-17, thanks to Mahomes’ 331 passing yards and four touchdown tosses.

Form matters only so much when it comes to rivalry games, but will it play a role in the lean for this Chiefs vs Chargers prediction? Read on to find out.

Game odds are via FanDuel as of Wednesday, November 16, 2022, at 4:55 am ET. Odds from our other recommended legal sports betting sites may also appear in this article.

Will Mahomes Dominate Opposite Struggling Herbert?

When these two teams met in Kansas City in Week 2, the Chargers jumped out to a 17-7 lead early in the second quarter.

From there, the Chiefs would score 20 straight points until the Bolts bagged a late touchdown for the final points in Kansas City’s 27-24 win.

Mahomes threw for a season-low 235 yards in the win, but he had two touchdown passes and no interceptions and completed 24 of 35 passes.

Mahomes has hit the 300-yard mark five times this season, including each of his last four games. And entering Week 11, he leads the NFL in passing yards and touchdown passes (25) and is fourth among qualified QBS in yards per pass (8.0).

While Mahomes is making a run at his second NFL MVP, Herbert’s numbers continue to disappoint. Against the 49ers, he had a season-low 196 yards through the air, completed just 60 percent of his 35 aerial attempts, and averaged just 5.6 yards per pass.

Herbert has averaged under seven yards per pass in each of his last five games, and he comes in having been picked off in four straight games.

Herbert isn’t the only thing wrong with the offense. Since running for 173 yards on 16 carries against the Browns in Week 5, Austin Ekeler has run for just 138 yards on 43 carries (3.2 yards per carry) in four games.

Will the matchup against Mahomes and Kansas City help Herbert rediscover his best? Perhaps, but the mere possibility of it occurring is not enough for me to change my Chiefs vs Chargers prediction.

Were the spread a few points tighter–which it would be if the home team wasn’t having such a rough time offensively–then one of my Chiefs vs Chargers picks would be for the visitors to cover.

Instead, I’m targeting the totals for both of my picks. While Kansas City may not hit the 40-point mark like they have three times in their travels this season, this is a very reasonable and reachable target.

A total of 186 points have been scored in those six first halves (31 PPG):

To add to that, the first half has been the highest-scoring half in five of the Chiefs’ last seven games, with a total of 196 points being scored in those seven first halves (28 PPG):