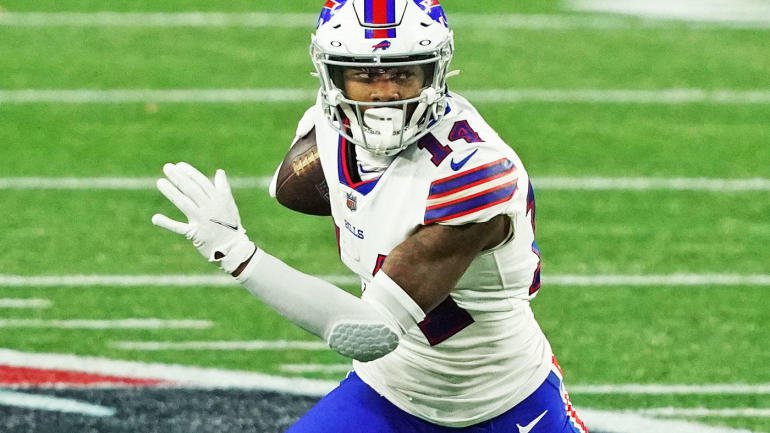 The Bills are hoping a short week can erase the memory of last Sunday’s debacle against Indianapolis. They came into the game with one of the best defenses in the NFL but were shredded by the Colts all game long.

They now find themselves looking up at New England in the AFC East and actually need wins after looking like a sure bet to win the division at one point.

The Saints were doing well until losing starting quarterback Jameis Winston. They have now dropped three in a row and are in danger of falling out of the NFC playoff picture.

Buffalo Bills vs. New Orleans Saints odds are via FanDuel Sportsbook as of Thursday, November 25, 2021 at 8:15 p.m. ET. Want to see NFL betting odds from several top online sportsbooks for every NFL matchup each week? Check out our NFL odds.

For a team that many like to go to the Super Bowl, the Bills have had a number of bad games this season. Last week was another one as they got down early against the Colts and were never in it. That puts pressure on this week, and maybe that helps.

Quarterback Josh Allen has not been as good this season as he was last year. I don’t think it is the big contract or anything because he has not fallen off a cliff. He just seems to be a little less aggressive. Buffalo comes into the game second in scoring and second in points allowed. Their best game is still as good as any team in the league.

New Orleans has one of the best defenses in the league. What they don’t have is a very productive offense. They have really struggled at the QB position to the point you would think they might have asked Drew Brees to ditch the mic and suit up. Making the offense even more challenged is injuries to RB Alvin Kamara and WR Michael Thomas. Even if they had the right guy at the controls, it would be tough to win without any weapons. The defense is 10th in scoring and 10th in yards allowed. Maybe at home on a short week, they can steal one.

Each time the Bills have lost a game they have roared back and won by double-digits. That is what I am expecting again tonight. Look for Allen to have success moving the ball in New Orleans. As the Saints offense has cratered the defense has struggled with being on the field too much, and the Bills offense will take advantage. They are great at building momentum and not letting up. Look for that in the second half.

Hill is always a threat with the ball in his hands, and I think the strategy is going to be to let it all hang out as the Saints are desperate for a win. With no Kamara, he is instantly the best playmaker for the Saints, and he is a fun guy to root for. The Saints might only reach the end zone once or twice, but I love the payoff.

Two of the expected contenders in the National League open a three-game series on Monday evening as the New York Mets visit the San Francisco Giants. In the opener, David Peterson will get the start on the mound for the Mets, while Alex Cobb will get the ball for the Giants. While the Mets continue END_OF_DOCUMENT_TOKEN_TO_BE_REPLACED