Betting the 2021 NFL Draft: Finding Value in the Quarterback Landscape 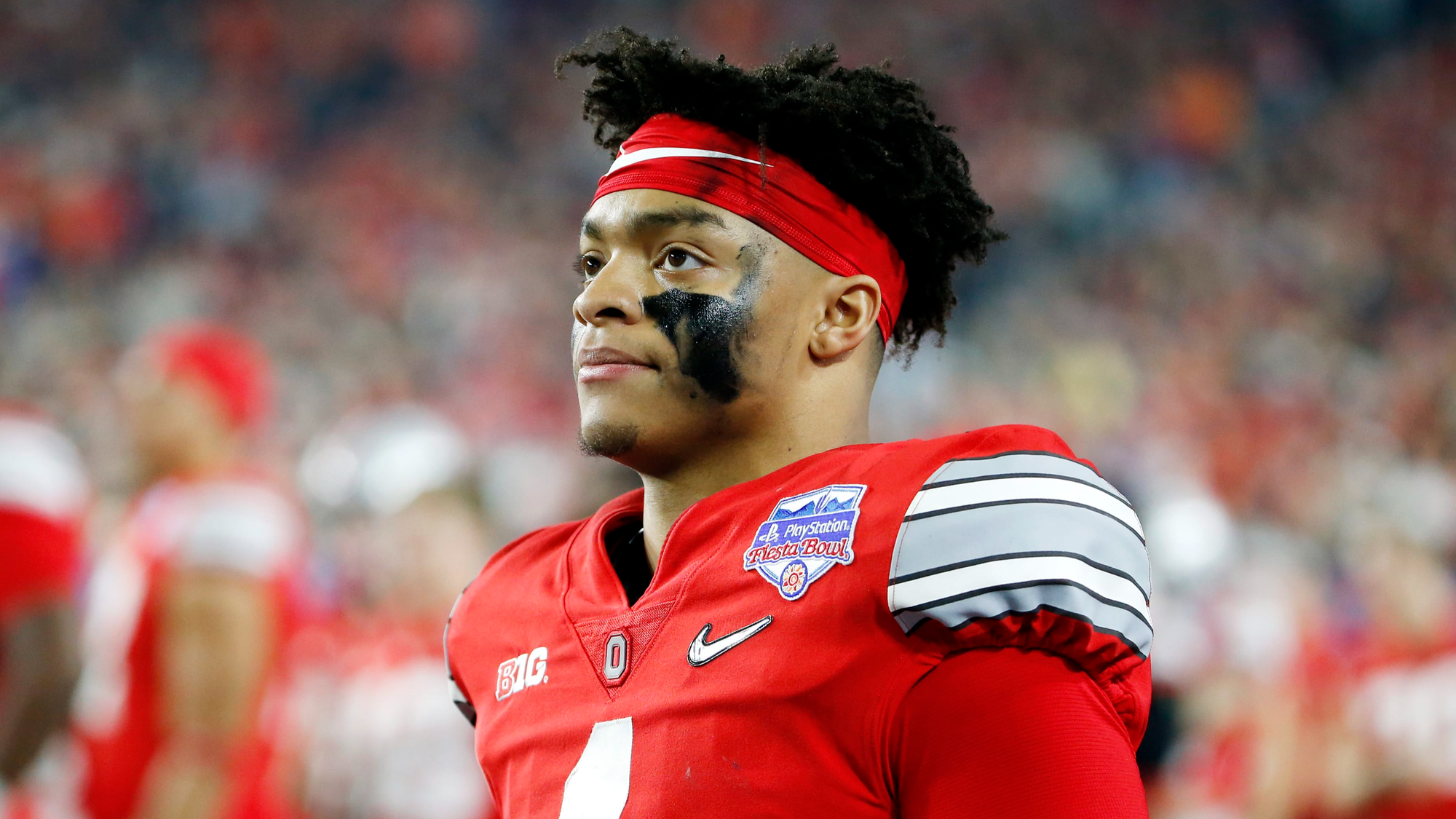 The NFL draft provides plenty of entertainment already, but it’s the sports betting aspect that holds additional intrigue this year, primarily with the quarterbacks at the top of the draft.

Consensus thinking has the top two picks already in the bank: The Jaguars will take Clemson’s Trevor Lawrence and the Jets will take BYU’s Zach Wilson.

At No. 3 sit the San Francisco 49ers. And you wanna talk smokescreens?

Coach Kyle Shanahan, who famously admitted he didn’t know who would be alive by Sunday, much less whether Jimmy Garoppolo would be his starting quarterback in 2021, is believed to be planning to bring aboard a QB in the draft.

Some still believe Garoppolo will be starting in September, but on Monday Shanahan talked about replacing him.

“I think the way our years have gone in the past few years, especially when Jimmy’s gotten hurt, I think our fan base agrees with that and be happy that we’re going to solve that problem this year,” Shanahan said.

Early money was on Alabama’s Mac Jones, but all kinds of whispers recently indicate Trey Lance from North Dakota State – or even Justin Fields from Ohio State could be the Niners’ target.

The mystery at No. 3 is only one of the many juicy betting options for Thursday’s first round of the draft, and pretty much even money says all four of the top picks will be a quarterback.

A perfect 5-for-5? If you think at Nos. 4 and 5, respectively, that the Falcons will trade down or pick a QB and that the Bengals will trade their pick to a team hungry for a QB – go for it. The odds for this unique, 5-for-5 happenstance are +900.

For the Falcons, long-time star QB Matt Ryan will enter the season at age 36 and the team is not considered among the top Super Bowl contenders. Maybe it’s time to truly invest in the future.

The Bengals have their QB, Joe Burrow, but if Fields or Lance rate near the top of a team’s big board, well, anything is possible via trading up.

In terms of trading partners, it’s always good to include the Chicago Bears in the bunch. They were roundly criticized for moving up to No. 2 in 2017 to draft Mitchell Trubisky – and the criticism turned out to be well-earned as Trubisky has just about run out of second chances.

The New England Patriots, with another stopgap year planned with Cam Newton, have to be among the teams to consider moving up, too.

Quarterback is the NFL’s glamour position, and the QB prop bets are always glamorous, but the draft brings opportunities for several positions and there is a wide range for sports bettors to consider.

With Lawrence and Wilson pretty much a formality, these five players offer odds worthy of discussion.

Mac Jones -305: If you believe the early momentum, the price for a favorite to go at No. 3 is nice when you also cash if he goes fourth or fifth.

Kyle Pitts -240: Probably the most attractive non-QB, but do you think NFL teams can avoid chasing the dream of landing a franchise quarterback? Or do draft-day trades cause some concern?

JaMarr Chase -167: The premier wide receiver in this class, Chase makes sense at No. 5 if the Bengals keep their pick and don’t go offensive line (Oregon’s Penei Sewell, who is +110 on this list, is an almost can’t-miss option). Chase’s odds to be the top wide receiver pick have moved from -150 to -1,000 at DraftKings.

Trey Lance -167: Big upside, but not much “win-now” ability from NFL analysts. Which team can afford to draft him and wait a year or two?

Justin Fields +1000: Can’t stop thinking about this price. Still wonder if the 49ers have him targeted all along. Worth a shot?

How about conference-specific and team-specific bets at DraftKings?

Alabama players to go in the first round: Over/Under 5.5

Big Ten players to go in the first round: Over/Under 6.5

SEC players to go in the first round: Over/Under 12.5

At William Hill, the quarterback spot has proved wildly popular for gamblers

Fields’ draft position prop (to be selected at Over/Under 4.5) has taken a good deal of action at DraftKings.

According to ESPN, the Borgata in Atlantic City reported taking a $10,000 bet on the Tide’s Jones to be the third pick in the draft at -200 odds.

And Circa Sports in Las Vegas has bettors looking at overall draft position. The casino’s Over/Under on Texas A&M QB Kellen Mond opened at 170.5 and was bet down to 84.5.

How about some draft-position action on the running backs? DraftKings opened Clemson running back Travis Etienne at 36.5 and has since moved that prop to 33.5.

Ultimately, this draft will be largely defined by the quarterback position, so we’ll close with a general betting prop on the most important position in team sports.

Online sportsbook app PointsBet produced an Over/Under prop of the number of QBs expected to go in the first round on Thursday.

Given that as many as five will go in the first 10 picks (maybe a perfect five for the first five, say the daring gamblers), it seems the 5.5 PointsBet total could easily go Over.