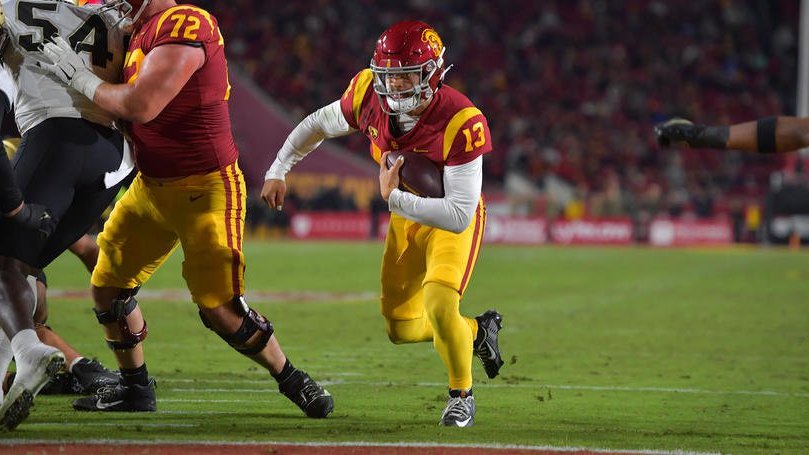 With USC vs. UCLA and Utah vs. Oregon taking place, this week was supposed to be a momentous week in the spotlight for the Pac-12 and its hopes to potentially land a spot in the College Football Playoff.

Then the Ducks (to Washington) and Bruins (to Arizona–which one of these is not like the other?) were both upset at home last Saturday, leaving the Trojans as the conference’s only hope, barring a wild series of upsets around the country over the next few weeks.

The Trojans have rebounded from last month’s last-minute loss at Utah with wins over Arizona, Cal, and Colorado, and a win over the Bruins will secure a trip to the Pac-12 title game, which will take place at Allegiant Stadium (home of the Las Vegas Raiders) on December 2.

But could an injury to a key player in Friday’s blowout of the Buffaloes hinder USC’s chances of reclaiming bragging rights after UCLA’s record win last year?

Game odds are via FanDuel as of Tuesday, November 15, 2022, at 12:00 a.m. ET. This article may also include odds from our other recommended legal sports betting sites.

In the second quarter of Friday’s 55-17 win over Colorado, USC running back Travis Dye suffered a lower leg injury that will prematurely end his senior season.

Dye, who transferred from Oregon to USC after compiling almost 1,700 yards and 18 total touchdowns last season, had run for 884 yards (on 6.1 yards per carry) and nine touchdowns and caught 20 passes for 194 yards (9.7 yards per catch) this season.

Such a loss certainly leaves a big hole, but the remainder of the Colorado game provided some hope that it can be filled adequately.

Both Raleek Brown (11 carries, 74 yards) and Austin Jones (seven carries, 52 yards) both produced against the Buffaloes, and USC QB Caleb Williams ran for two touchdowns in the win.

UCLA ranks 30th in the country in rushing yards allowed per attempt (3.6), but surface numbers can be a bit deceiving.

Interestingly, all but Thomas had at least 40 yards receiving against the Bruins.

If the Trojans can get a lot of production out of Brown and Jones on the ground and through the air, things are going to be pretty ominous for the Bruins, who allowed Arizona’s Jayden de Laura to have his best game of the season percentage wise (22 of 28, 78.6%, 315 yards, 2 TD) just a week after he had his worst (10 of 20 at Utah).

USC vs. UCLA Prediction and Picks

There have been a lot of changes for the Trojans since last year’s matchup, in which the Bruins scored more points than they ever had against USC in a 62-33 win at the Coliseum.

But that doesn’t diminish how eager USC will be to hand UCLA a similar loss in their home venue. I don’t see things getting out of hand in that fashion, but the Trojans are certainly catching the Bruins at a good time.

But I like the better team to come out on top here. USC had a late escape at Oregon State, a close shave against Arizona, and the late loss at Utah, so they certainly have shown more vulnerability away from the Coliseum.

But beyond this game being a bit different contest than other road games, I don’t think UCLA will be able to keep USC’s offense down enough to get it done.

The Bruins have recorded 25 sacks this season, but Williams went into last week’s contest as PFF’s second-highest graded QB against pressure behind Oregon’s Bo Nix.