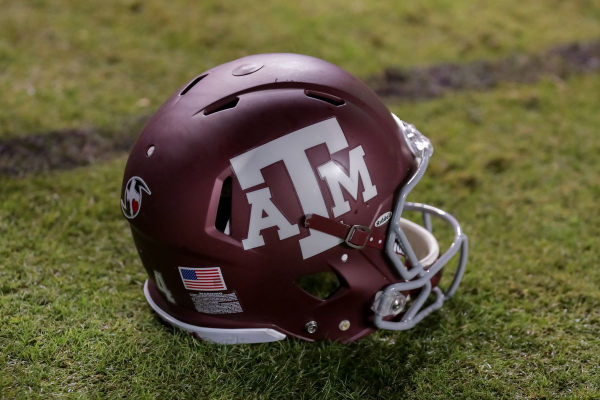 The SEC has a loaded slate of games this weekend and one game that is going to be watched closely is the Texas A&M and Mississippi State game. Texas A&M is ranked sixteenth in the nation as they have gotten off to a 5-2 start. Mississippi State has not started as they would have liked to and they now sit at 4-3 on the year. Their three losses have all come in conference play this year.

This is going to be a really good game because Mississippi State is still no slouch despite their record. They have beaten some good teams this year including the eighth-ranked Auburn Tigers. Texas A&M really needs a win in this game to keep their hopes alive to make it to the conference championship game. Mississippi State is favored in this one by two points despite their 4-3 record this year.

The Texas A&M Aggies are sitting in a pretty good position as they are 3-1 in conference and not out of the race even though they need to hop over Alabama in the standings. Texas A&M has already lost to Alabama, but Alabama also hasn’t gotten into the tough part of their schedule yet. This is going to be a good race especially since the Aggies aren’t eliminated from contention for the playoffs quite yet. Texas A&M moves the ball pretty well as they throw for 282.4 yards a game while rushing for 204.3.

The Mississippi State Bulldogs have struggled a bit this year but are still in a really good position to make a bowl game They have lost their three games to very tough teams as they have dropped two games on the road to Kentucky and to LSU. Their other loss was a home loss to Florida. The Bulldogs are pretty decent moving the ball on offense as they gain 171.3 yards a game through the air on offense and 235.0 yards a game on the ground. The rushing yardage by the Bulldogs is currently ranked 16thin the nation.

They might be one dimensional, but even though you know what they are going to do teams can’t stop their running attack. MSU really hands their hat on the defense. Through their first seven games MississippiState has only allowed 13.6 points a game. That number is ranked fourth in the entire nation. Additionally, they are ranked sixth in the nation in total defense allowing 282 yards a game.

Defense is Name of the Game

This is going to be a defensive battle. The first team to score is probably going to be the team that wins the game. The over-under for the game is 44 points which tell us that it will probably be a 23-21 type of game. This low scoring type of game really favors the Bulldogs as they run the ball much better than the Aggies.

If MSU is forced into passing the ball more than they want to, it could spell trouble for their offense because that is just not their game. Texas A&M is going to try and put pressure on the offense of the Bulldogs early and often to try and make them beat them from the air. This game sets up perfectly to be a low scoring affair so take Texas A&M as they will force Mississippi into passing. Take the Aggies.