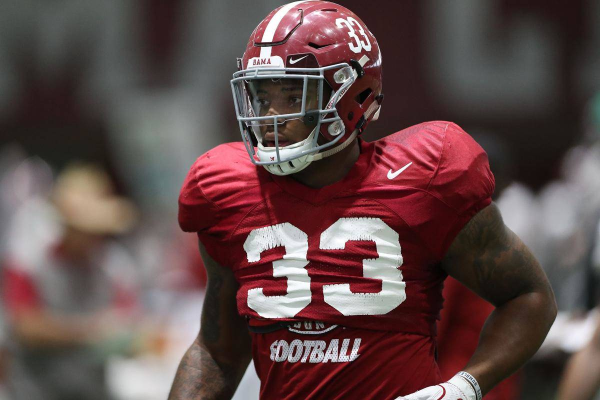 Mercedes-Benz Stadium in Atlanta, Georgia plays host to the SEC Championship game this weekend. The 11-1 Georgia Bulldogs are taking on the 12-0 Alabama Crimson Tide in a matchup of what would be a College Football Playoff National Semifinal matchup if the season ended today. Alabama has thrashed everyone in their path so far and Georgia has also laid the beatdown on every team besides LSU this season. Both of these teams come into this game knowing that it is a “win and you’re in” situation. That means that we should see everything thrown out there by both teams in order for them to secure their spot in the playoff.

Alabama Has Some Weaknesses

This is probably going to be the most interesting game of the season from a matchup perspective for me. Everyone knows how Alabama can win this game, so let’s get into the Georgia side. This game WILL come down to Georgia’s offensive playcalling in my opinion. I believe that basically, every top team in college football is overrated relative to past years. Coming into this year, Alabama had 1 surefire top 20 draft pick and he is an offensive lineman. With all of the good tape Alabama has put out there all year, that has changed drastically. I am skeptical.

Alabama is talented, as always, but I see WAY more holes in this Alabama team than we have seen in the past. Every year by week 8, Alabama is “unbeatable” and they always have a 1-score game within the season. We need to stop this narrative that Alabama is unbeatable and acknowledge that the gap isn’t that drastic between Alabama and the other elite programs, but that Alabama’s athletes overpower 95% of the teams they play more than these other elite programs do. This allows them to be less vulnerable on a week-to-week basis. Georgia is one of those teams that should not get significantly outclassed by Alabama. Alabama has an edge, but that does not win you the game.

Georgia Can Compete at the Top

Georgia’s path, however, is not going to be simple for them to execute. In today’s football, great offense is scoring on great defense. Look at the national championship game scores, especially the games besides these two teams last year. Alabama’s great defense or Clemson’s great defense or Ohio State’s great defense gets scored on. Now, how much resistance they up matters, but at the end of the day, if the offense executes, they score points. Why Alabama looks so dominant in most games is the other teams’ playcalling style is easy for them to defend.

SEC football almost undoubtedly has the best athletes in the sport, but we have recently seen them struggle beside the elite programs in bowl games more than they used to. It’s all about playcalling. Smash-mouth football is easy to defend. A “pro-style offense” typically keeps everything in front of the defense. This is why Alabama can just completely shut down teams until they see a Cam Newton or a Deshaun Watson. Georgia does not have that extremely dynamic offense that gives Alabama fits, which is why they only mustered up 23 points with a team much more talented last year.

However, there are 2 factors that could change that. Alabama’s defense has more holes than a year ago and the secondary is NOT what it needs to be to face a top-end QB. The other is that maybe Georgia knows this is what they have to do to score. Although I doubt that they can just completely change the scheme in a week. I think Georgia will put up enough points to keep the game interesting because they do have the talent to do so, but I am not sure that they can score consistently.

How Will It Play Out?

The only other way Georgia can win this game is to turn over Alabama, which is something that I think is MORE viable than others from watching Tua all year. Alabama’s offensive line has just bullied teams and their receivers have been so much faster that Tua hasn’t really been challenged to make plays on a consistent basis. The biggest flaw in Tua’s game is his decision-making, but only good defenses can exploit that. In Alabama’s 2 worst offensive performances came Tua’s 2 interceptions. Both were under pressure and both were just horrible decisions. Last year, he also threw a bad pick vs. Georgia in that second half.

This leads me to the point that NO ONE was more hesitant to put Tua into the starter role than the guy that watches him throw against Alabama in practice all year. The scariest part to me is the int. That was thrown vs. LSU. If you have watched Alabama this year, their wide receivers are basically always open and they allow Tua to demonstrate his arm talent downfield constantly. @ LSU, Tua was pressured and just threw a deep ball up to a receiver, only to get picked because LSU actually had the secondary capable of staying with Alabama relatively well. Can we see Georgia do something similar? I don’t think its likely that Tua struggles given the talent around him, but I would be much less shocked to see a 3 pick game than most, and that is Georgia’s second path.

All that being said, I think that Georgia’s offense is too vanilla to put up enough points to beat Alabama, but I could see this game going a lot more ways than the average person. I’ll take Alabama 34 Georgia 24 and take the points (+13.5) with Georgia.