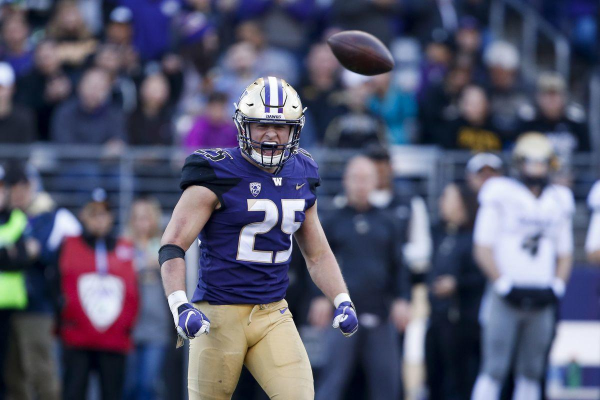 The Rose Bowl in Pasadena, California hosts the winners of the Big Ten and Pac-12 in Ohio State and Washington. Both teams come into this game with rosters at virtually full strength. Both teams have a lot of NFL talent, but not one has made any announcement that they will not play in this game. That means there shouldn’t be too many curveballs from that front as we have seen in other games.  Ohio State is favored at -6.5 in this matchup.

Ohio State Hoping To End Season On A High Note

Ohio State comes into this game after a disappointing regular season based on their playoff expectations, but with a great resume with wins over Penn State, TCU, Michigan, Northwestern, and Michigan State. Their sole loss came at Purdue in a bad weather game in primetime. These letdown spots have been an issue for Ohio State in Urban Meyer’s tenure, but they have never truly shown the weaknesses of the team. These games are not often a bad team “exposing” Ohio State, but the Buckeyes just not showing up for whatever reason. In 2014, they lost to Virginia Tech but then went on to beat Alabama and Oregon in the playoff. This allows me to somewhat disregard what happened in that game because we have seen them beat elite teams for years after hitting seemingly random bumps in the road versus clearly inferior teams.

Washington comes into this game as a team that is happy to be in the Rose Bowl, but not completely satisfied. The Huskies can’t claim that they were really robbed with 3 losses on the schedule, but they also believe that they are one of the top teams in the country and want to showcase that. The story of this team has been Myles Gaskins’ success and Jake Browning’s regression to some degree. Browning has been what I’d call “competent” this season, but not the NFL caliber that a lot of people once dubbed him to be. The only losses have come to Auburn, Oregon, and Cal. The Cal loss looks the worst, but they were all close games where the offense is what kept them from winning the game.

Washington’s Secondary Will Be Key

There are a few key matchups, but one stands out in particular in this game. The Washington secondary has allowed 9 passing TD’s all season. Dwayne Haskins has thrown for 11 TD’s in the last 2 games against 2 ranked opponents. Ohio State has 4 receivers that will make NFL rosters next summer, and they use 2 others who we will say the same about when they are draft eligible. Washington has 2 All-Americans in the secondary, and they have 4 guys that will likely play on Sundays. Both teams are known for having a pretty in-depth scheme that tests opponents more than they are used to, so this should be a treat.

What I have seen from Dwayne Haskins recently is someone who is incredibly knowledgeable and rapidly improving, which is why I think he will win this battle to a degree. Ohio State’s offensive line has been capable for most of the year, but the last few games were much improved. I believe that a lot of this has to do with Haskins’ pre-snap ability to read defenses. Haskins almost never makes a bad decision in the pocket, which is crazy for a first-year starter. Washington will attempt to force him into bad decisions, but I haven’t seen him be fooled basically at all this season.

Haskins has 8 interceptions on the season, but 3 he was being hit from behind as he threw, one was tipped at the line, another was an option route miscommunication, and another one was a perfect pass that was dropped and tipped to a defender. An interception is an interception, but when projecting him into future games, these are basically all flukey plays. I have seen him get fooled be the defense twice all year and even both of those were more of him trying to make things happen because nothing was available and they had to score. If this Washington defense wants to confuse Haskins, I think they are in for a long day.

On the other side of the ball, Ohio State is focused on shutting down Myles Gaskins. Gaskins is one of the best backs in the country and is the featured piece in this offense. Ohio State has struggled with tackling and assignments on defense more than normal teams would. This has allowed for some defensive lapses at times.

What goes less noticed is that when there aren’t these lapses, the defense is very good. They are either in the backfield on the RB breaks an 80-yard run, and there isn’t much in between. This allows them to give up a lot of yardage, but get more stops than the yardage would usually suggest. It is hard to just drive down the field constantly on the Buckeyes. The Huskies must step up their game if they want to hurt Ohio State in the run game. The linebackers and corners have really struggled to cover players in motion all year long. Teams like Purdue and Maryland, who utilize this movement a lot gave the Buckeyes tons of fits. The Huskies offense is more similar to Michigan than it is to Purdue, which should benefit the Buckeyes. The Huskies do use a lot more spread offense than most Big Ten teams do, which is similar to Purdue and Maryland, but they are less creative out of those sets and tend to prefer to be a power running team at the end of the day.

I think that the Buckeyes are just more athletic on both sides of the ball and that will show on the offensive side especially. Even a lot of Washington outlets have mentioned that the athletic discrepancy will be the biggest thing to watch because Washington hasn’t faced this speed all year long. I think that Ohio State kills their team total and covers here pretty safely towards the end of the game, but a few big plays can keep Washington in the game for a while. Bet The Buckeyes at -6.5.