Oklahoma State vs. TCU Betting: Fireworks aplenty in Fort Worth? 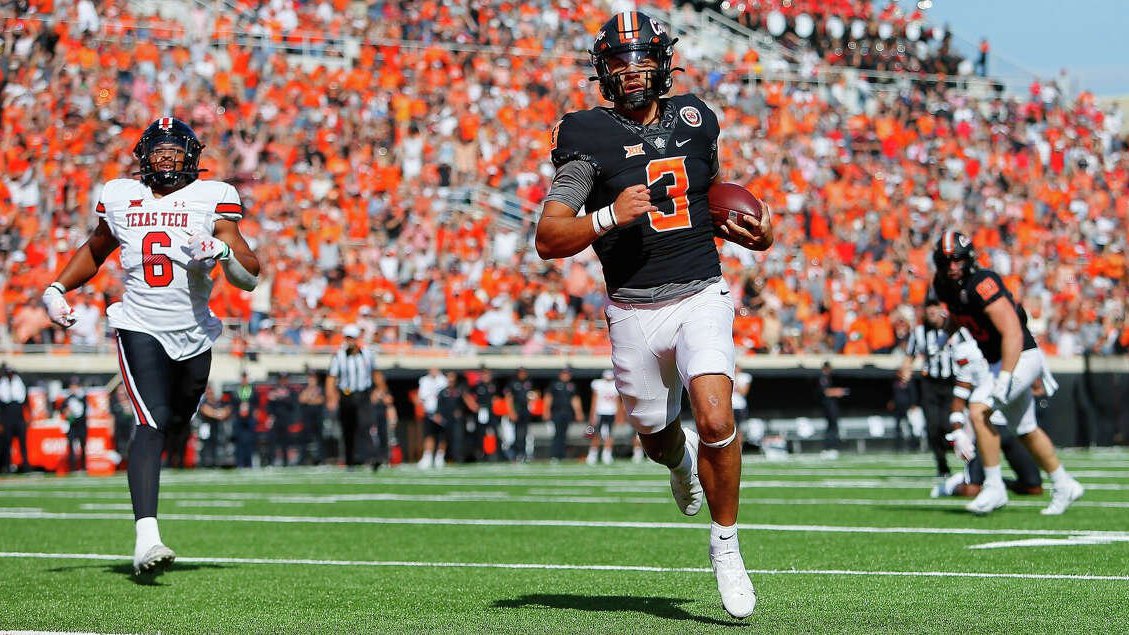 For the third straight college football season, Oklahoma State is undefeated and ranked in the top ten in October. Will TCU end that perfect start and extend their own on Saturday in Fort Worth?

In 2020, the Cowboys started 4-0 and were ranked sixth when unranked Texas visited Stillwater and overcame an 11-point deficit in the second half in a 41-34 overtime win.

Last season, Okie State was 6-0 and ranked eighth when they visited unranked Iowa State. With a little over a minute left, the Cowboys were trailing 24-21 but driving to either tie or win the game, and the Cyclones stopped them on 4th down and short inside the 45 to seal the win.

This week’s trip to Fort Worth will be the first of four straight games against teams who are currently ranked, with #22 Texas (home), #17 Kansas State (away), and #19 Kansas (away) to follow the matchup with TCU.

Win all four games, and the Cowboys will enter the home stretch with serious College Football Playoff hopes and dreams.

TCU is hoping to end up in the same position, as home wins over Oklahoma State and Kansas State in the next two weeks will set up the Horned Frogs to likely be 9-0 when they visit Texas on November 12.

With a lot of games left and how much chaos could still be ahead around the country, the loser of Saturday’s showdown will still have plenty to play for. But it is safe to say that a lot will be on the line in this matchup.

Game odds are via FanDuel. Odds from our other recommended legal sports betting sites may also be used in this article.

It’s not surprise that the Horned Frogs are favored here, but the Cowboys are the more complete team and will pull out the win in Fort Worth.

The one thing that the Cowboys haven’t done as well as the Horned Frogs have is run the ball, which is a bit of a surprise given how much success the Cowboys have had on the ground under Mike Gundy.

That said, they have still been more than serviceable in that area, averaging 158.6 yards per game, and with more than half of the season remaining, RB Dominic Richardson still has a very good chance of becoming the latest Oklahoma State back to hit the 1,000-yard mark.

Unexpected success from veteran QBs has been key for both teams. Few would have expected to see Spencer Sanders (+4000 at FanDuel) and Max Duggan (+5000) in the Heisman Trophy conversation at this point, but they both are, and the winner of this game could see their odds significantly shorten.

I expect both QBs to continue to be prolific, and I expect to see a lot of points and yards on both sides in this matchup.

But in a battle where both defenses will likely both bend and break plenty, Oklahoma State’s defense is the better bet to come up with the difference-making defensive plays.

Along with being more adept than TCU at stopping the run, the Pokes’ playmaking D has 51 tackles for loss and 16 sacks through five games. Look for them to back up another big day by Sanders with some timely plays to help Oklahoma State successfully navigate the first game of a season-defining stretch.