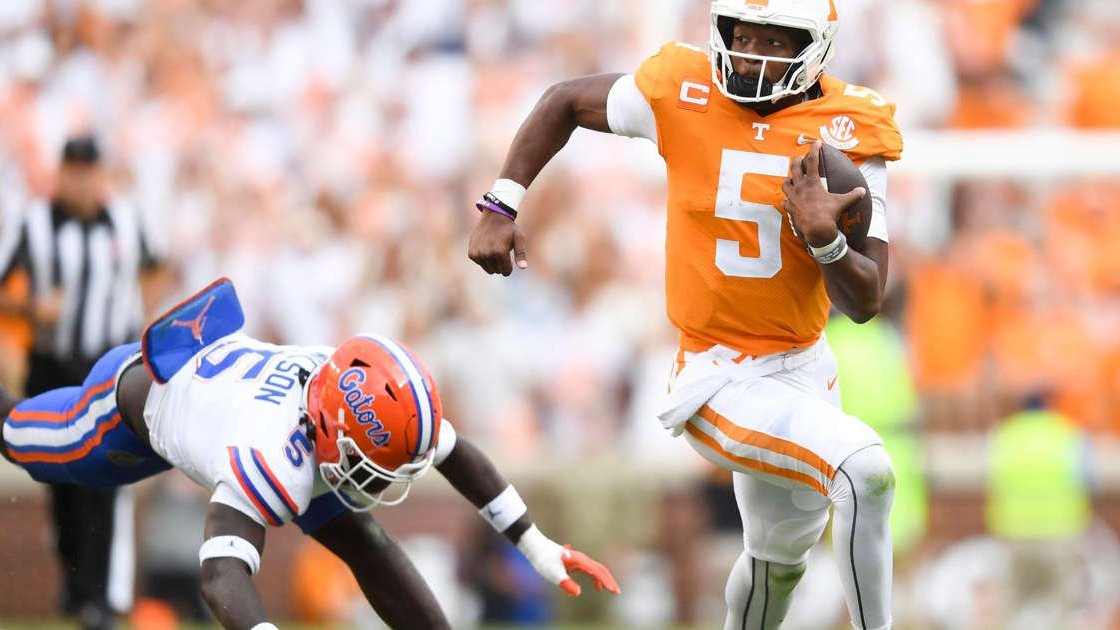 With there being only 12 regular season games, and most of those being conference games, almost every week in college football is a big week.

Big game(s) in the SEC? Check.

Big game(s) in the ACC? Check.

There’s even a notable game outside of the Power 5, if you are invested in the outcome of Georgia Southern’s matchup with undefeated (and now ranked) James Madison.

It’s a smart idea to take a good look at the current national championship odds (via FanDuel), because they may look quite different a week from now.

Odds are already out at top online sportsbooks, and it isn’t too early to start planning and making your bets.

Without further ado, let’s take a look at the early odds for the big games on this week’s college football schedule.

Rankings are from this week’s AP poll.

All of these games take place on Saturday, October 15. So, if you have any plans, I suggest cancelling them, if they aren’t somewhere there is a TV, Wi-Fi, or good cell service.

Odds are via Caesars Sportsbook, unless otherwise noted.

Penn State has quietly started 5-0, but we will see if they are a contender or pretender in Ann Arbor.

Success for the ground game has minimized what QB Sean Clifford has had to do, but how will he fare if he is called upon to make big plays against Michigan?

Illinois has ridden the nation’s leading rusher–Chase Brown, who has hit the 100-yard mark in every game this season–and strong defense to a fine start and a long-awaited return to the top 25.

But oddsmakers are clearly still skeptical of the Illini, as the Golden Gophers are favored in this one. Minnesota is coming off of a bye after a loss at home to Purdue, in which their offense struggled without star RB Mohamed Ibrahim.

This will be the biggest game at Neyland Stadium in quite some time. If they win, they will be in the thick of the College Football Playoff conversation with a visit to Georgia looming on November 5.

The Tide did their best to hand Texas A&M a win, but they survived and should have Bryce Young back for the trip to Knoxville. It would be wise to hold off on betting on this one until that is less of an unknown, however.

Given what both Oklahoma State and TCU have ahead, their CFP hopes might last only so long. But the winner of this game will have at least another week before they crush the hearts and hopes of their fans, so there’s that at least.

As with Penn State, we’ll get to find out a lot about Syracuse this week. (Interestingly, both have beaten Purdue this season.)

With a pretty difficult remaining schedule–they visit Clemson, Pitt, and Wake Forest and host NC State, Notre Dame, and FSU, the bubble is likely to burst for the Orange at some point. But it will be a lot nicer to go into their trip to Clemson at 6-0 than 5-1.

NC State was fortunate to emerge with a win over Florida State, as QB Devin Leary, who was already struggling through another underwhelming performance after entering the season with significant hype as one of the best QBs in college football, went down with a shoulder injury.

Will he play at Syracuse? That’s up in the air, but they will need more than him just being on the field to win.

This matchup is not nearly as interesting as it would have been a few weeks ago. But the Razorbacks have lost three straight games, and the Cougars took their second loss of the season on Saturday at Notre Dame.

That doesn’t mean it doesn’t warrant your attention, as there could be a lot of points in this one, especially if Arkansas QB KJ Jefferson is able to go after missing Saturday’s loss at Mississippi State.

The stakes aren’t as high here as they are in most of the matchups on this list, but it is a very important matchup for two first-year head coaches.

Will this week be the week that it all finally clicks for Anthony Richardson?

Last year’s 49-42 loss in Baton Rouge marked the beginning of the end for Dan Mullen, but Richardson announced himself to the college football world with four second-half touchdowns. This would be a good point for him to find his footing after an up and down start this season.

Questionable play-calling and decision-making hurt Florida State against Wake Forest and did so again at NC State, where they failed to score in the second half after leading 17-3 at halftime.

Two losses in games that could have produced signature wins have slowed momentum in Tallahassee, but it seems that oddsmakers haven’t been put off completely. Or is the early spread more about a lack of belief in Clemson?

After throwing away a game they should have won at Ole Miss, Kentucky had an ugly loss at home to South Carolina without QB Will Levis.

Levis may or may not be back for the visit from the Bulldogs, who are 5-1 after following a 42-24 win over Texas A&M with a 40-17 win over Arkansas. Will the Wildcats have an answer for Will Rogers and the Air Raid?

This one would have a little more spice to it had Utah not lost at UCLA on Saturday to stick a fork in their College Football Playoff hopes. But there’s no cure for having your hopes and dreams ruined like ruining another team’s hopes and dreams.