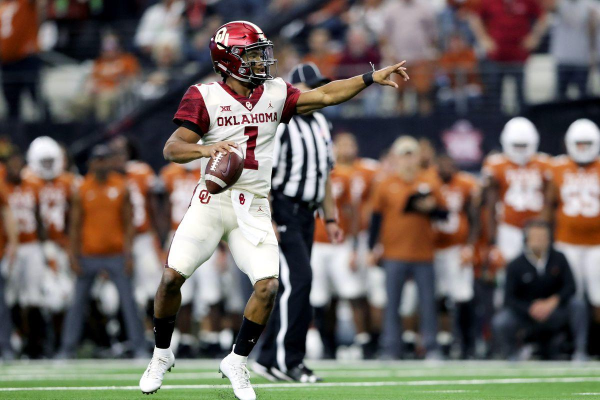 After a short recess in the college football season, we are less than a week away from the start of bowl season. Of course, between the Heisman announcement, player movements, and coaching changes, a lot has happened in the past week. Let’s try to catch up on everything you may have missed.

For the second straight season, Oklahoma’s starting quarterback has won the Heisman Trophy. Following in the footsteps of Baker Mayfield last year, Kyler Murray is the 2018 Heisman winner. It was essentially a two-horse race, with Murray earning 517 first-place votes compared to 299 for Alabama’s Tua Tagovailoa. With many voters waiting until after last week’s conference championship games to cast their ballot, Tagovailoa was no doubt hurt by his performance against Georgia, especially with his backup rallying the team to victory. Of course, these two will see each other later this month when Alabama faces Oklahoma in the College Football Playoff.

This is How It Ends

Outside of the Heisman, the biggest news of the week was the retirement of Ohio State coach Urban Meyer. The Rose Bowl against Washington will be Meyer’s last game as head coach of the Buckeyes. Much like his exit from Florida in 2010, this move is largely related to issues involving Meyer’s health. This retirement would seem to be more permanent than the last, but at age 54, a comeback in a few years can’t be ruled out. Offensive coordinator Ryan Day will become Ohio State’s head coach immediately following the Rose Bowl.

For the third straight season, Army beat Navy in the annual rivalry game between the two major service academies. Navy rallied late, but Army quarterback Kelvin Hopkins Jr. scored two touchdowns to help seal the 17-10 win. With the victory, the Knights cap off a 10-win regular season before playing Houston in the Armed Forces Bowl. Navy, meanwhile, finishes the campaign 3-10. After the Midshipmen rattled off 14 in a row against Army from 2002 to 2014, the Cadets must feel good to string three straight wins together in this rivalry.

For the most part, the firing part of the coaching carousel is over. Let’s check out the schools that hired a new head coach over the past week.

Mike Locksley has been named the new head coach at Maryland, although the current Alabama offensively coordinator will remain with the Tide through the CFP. Locksley served as the offensive coordinator at Maryland from 2012 to 2015 and went 1-5 as interim coach in 2015 after Randy Edsall was let go. He also had a 2-26 stint at New Mexico from 2009 to midway through the 2011 campaign, so his history as a head coach isn’t great.

After Louisville was turned down by Jeff Brohm, they have brought in Scott Satterfield, who was formerly the head coach at Appalachian State. In 2013, Satterfield took over a program that was still playing FCS football. Six seasons later, the Mountaineers are Sun Belt Champions, winning at least a share of the conference title for three straight seasons.

As speculated, Georgia defensive coordinator Mel Tucker has been hired as Colorado’s new head coach. Tucker was interim coach of the Jacksonville Jaguars in 2011, going 2-3, but other than that, this will be his first gig as a head coach.

After a disastrous ending to his time at Ole Miss, Hugh Freeze is back in coaching after two years away. He’s the new head coach of the Liberty Flames. Freeze was 39-25 in five seasons at Ole Miss, including a top-10 finish in 2015. However, his time there ended with his resignation amidst a scandal that put the program under NCAA sanctions.

After Paul Johnson retired, Georgia Tech has hired Temple coach Geoff Collins as his replacement. Collins is a Georgia native with two previous stints as an assistant on the Georgia Tech staff. He’s gone 15-10 in his two seasons at Temple. Most importantly, he figures to take Georgia Tech away from the days of being a triple-option team, which should be interesting to watch.

Former Clemson quarterback Kelly Bryant announced this week that he’ll spend his final year of eligibility in 2019 at Missouri. The Tigers are losing Drew Lock to graduation, which should make it easy for Bryant to step in as the starter. He will certainly make Missouri a team to watch in the SEC East next year.

It’s not even bowl season, but there are several players who have announced their intentions to either transfer or leave for the NFL. Here are some of the more notable.

Auburn quarterback Jarrett Stidham is off to the NFL after his junior year. Both Stidham and the Tigers had disappointing seasons, but that won’t stop him from trying to take advantage of a subpar quarterback class.

Michigan State running back L.J. Scott is also off to the NFL. His 2018 season was plagued by injuries, so much that he could have red-shirted and come back next season. However, the running back will take his chances coming off a down year.

Kansas State quarterback Alex Delton will seek a transfer. Delton spent this past season in a quarterback controversy with Skylar Thompson. He must not like his chances of starting at K-State with Bill Snyder retiring.

Elsewhere in the Big 12, TCU’s Shawn Robinson will also transfer. Robinson began the season with great promise, but he failed to reach expectations, as did TCU.