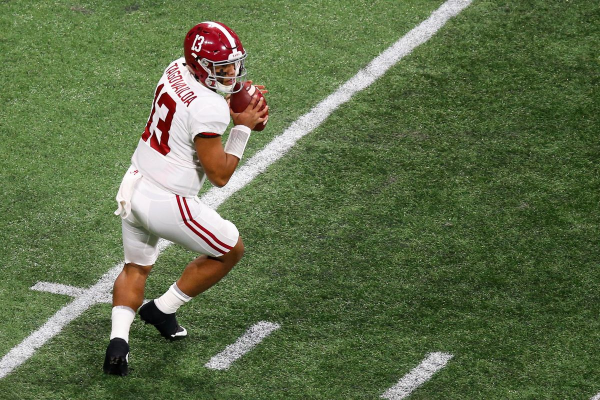 November is here and that means the college football season is officially in the stretch run. Not that the last two months weren’t important, but everything that happens from here on out is even more important for teams that are going after a spot in the College Football Playoff or just trying to secure a bowl bid. Let’s catch up on everything that happened this past weekend.

Even with three weeks left in the regular season, the SEC Championship Game has been settled. It will be a rematch of last year’s national championship game between Alabama and Georgia. The Crimson Tide rolled over LSU on Saturday night, erasing any doubt that they’re the team to beat this year. Meanwhile, the Bulldogs handled their business against upstart Kentucky. Both teams can’t necessarily afford to lose between now and then, but for all intents and purposes, the winner of that game will begin the CFP.

For whatever reason, most teams can’t stand the thought of being ranked because they keep losing. In total, nine ranked teams lost this weekend, with five of them losing to unranked opponents. Florida was the most egregious example, losing by three touchdowns to a Missouri team that hadn’t yet won a conference game this season. The likes of Iowa, Virginia, and Texas A&M also their top-25 spots taken away by upset losses.

Is There A Doctor in the House?

This was a bad weekend to be a starting quarterback. Multiple quarterbacks went down with serious injuries on Saturday, and that doesn’t even include Alabama’s Tua Tagovailoa, who re-aggravated his sprained knee but appears to be fine moving forward. Here are the other quarterback injuries you should know about moving forward:

While a number of teams lost this weekend, all but knocking them out of the CFP conversation, a few breathed a sigh of relief to keep their hopes alive. Notre Dame survived a tough game against Northwestern, leaving them with just wins why of running the table. Washington State also survived a scare against suddenly competent Cal. The Cougars will need to win out and get a lot of help to reach the top four, but a one-loss Pac-12 champion could have a shot depending on how things shake out.

Things are officially crazy in the Big 12 after this weekend. West Virginia won a wild game at Texas while Oklahoma did the same against Texas Tech. Both teams have just one loss, and both the Mountaineers and Sooners have a good chance to still have one loss when they meet the final week of the regular season. There’s also a good chance of those teams meeting the very next week in the Big-12 title game. Of course, the same team would have to win both of those games to have any chance of reaching the CFP.