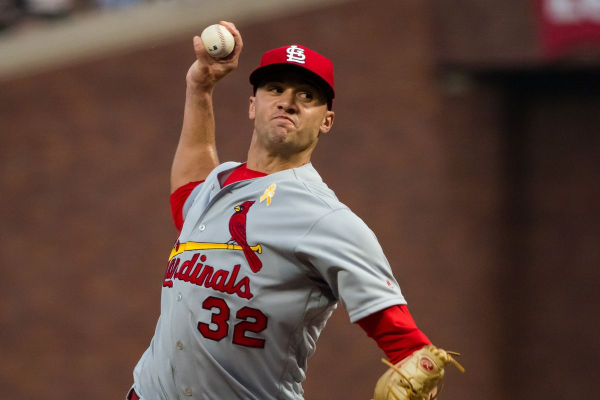 Congratulations, fellow college football fans! We’ve officially made it to July, which means by the end of the month we will have enjoyed each conference’s media day and be gearing up for the start of pre-season practice. In the meantime, let’s check out some of the top stories of the past week.

Unfortunately, Penn State offensive lineman Nana Asiedu will not be participating in the 2018 season or any other season. Before his career could get started, he’s been forced to retire from football because of hypertrophic cardiomyopathy, a genetic heart condition. Asiedu was considered a top-150 prospect this past year and would have been a true freshman for the Nittany Lions this fall. The silver lining is that the university will honor his scholarship, so he will be able to get his degree from Penn State and at least be around the football team over the next four years.

Speaking of Penn State, the Nittany Lions reportedly have a new member of their program in former Notre Dame running back CJ Holmes. Holmes was a top-300 recruit in 2017 and earned eight carries as a true freshman last season, all coming in the same game. However, he was suspended and ultimately kicked off the team after he was arrested for shoplifting at a Macy’s department store. He will reportedly walk-on at Penn State and will have to sit out the 2018 season as a transfer. The Nittany Lions recruited him out of high school, although they saw him as a wide receiver. What position he’ll play at Penn State remains to be seen. Either way, he won’t see the field until 2019.

Georgia quarterback Jake Fromm, who led the Bulldogs to the College Football Playoff final as a true freshman last season, broke his non-throwing hand this past week. Fromm reportedly suffered the injury in a “freak boating accident,” whatever that means.The good news is that Georgia head coach Kirby Smart has already said that Fromm will not miss any time because of the injury and is already back to throwing.

Speaking of Georgia, during a radio interview on Tuesday, Oklahoma head coach Lincoln Riley mentioned that if Georgia played in the Big 12, “there is no way they are a top-5 defense in the country.” The Bulldogs knocked off Riley’s Sooners in a 54-48 shootout in the College Football Playoff last season.

Riley tried to backtrack by saying he wasn’t trying to make a dig against Georgia’s defense and merely wanted to state how difficult it can be for Big 12 defenses to face some of the league’s most explosive offenses. But the damage was done, as many fans in Georgia and SEC country took it a little too personally. It should be noted, that Georgia played high-powered offenses like Alabama, Missouri, Notre Dame, and Auburn last season and still managed to post strong defensive numbers, so it’s not unreasonable to think they could hang with most of the high-octane offenses in the Big 12 on a weekly basis.

If the Big Ten has its way, college football teams may soon have mandatory injury reports. Athletic directors from the Big Ten proposed a rule to the NCAA Football Oversight Committee that would force teams to release injury information on Fridays and provide information about injuries during games. As it stands, each school can choose what information to release to the public and what information to keep to themselves. The Big Ten’s argument for the new rule relates to the integrity of the game as it relates to the new law that makes sports gambling legal. Whether the NCAA will implement the rule remains to be seen. Of course, whether the NCAA could enforce that every team releases an accurate injury report every week is another issue.

It appears as if Oklahoma’s Kyler Murray isn’t the only quarterback who also has baseball aspirations. Michigan quarterback Shea Patterson has signed with the Texas Rangers, who took him in the 39th round of last month’s MLB Draft. The fact that he got drafted must have gotten lost in the shuffle since he was the 1,169th overall pick. In any event, Patterson’s contract with the Rangers allows him to complete his career at Michigan before turning his focus to baseball. After transferring from Ole Miss, Patterson will have to beat out Brandon Peters and Dylan McCaffrey for the starting job in fall camp. Oddly enough, Patterson hasn’t played baseball since his junior year of high school, as he chose to focus on football when he got to Ole Miss.