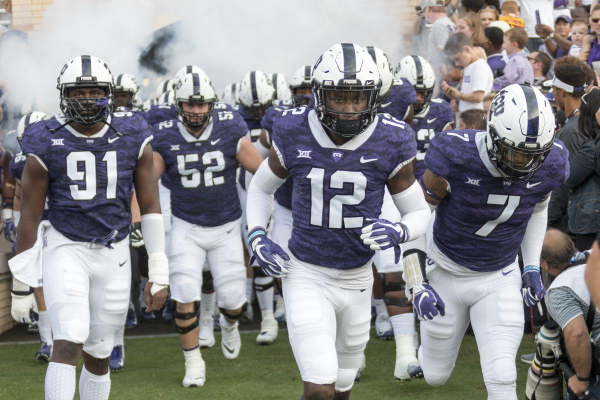 The day after Christmas sees bowl season pick right back up as the TCU Horned Frogs (6-6) will face off against the California Golden Bears (7-5) in the Cheez-It Bowl. This game is being played at Chase Field in Arizona. For TCU, the main storyline is how their team will be playing through several injuries. They will be using their third-string quarterback and their backup running back in this game. Still, that duo was good enough for a regular season finale win over Oklahoma State, 31-24. Other notable victories for the Horned Frogs include a 17-14 win over Iowa State at the end of September and a 14-13 win over Kansas State in November. For California, they will be bringing in their stingy defense to try to take this bowl game. That defense has seen them hold the opposition to 24 points or less in all but 2 of their games this season. They even held number 9 Washington to 10 points and number 13 Washington State to 19 points earlier in the year. Kickoff for this contest is scheduled for 9:00 pm ET.

The point spread for this one comes in with the California Golden Bears as 1-point favorites at the neutral site. The over/under on total points scored is set at 38.5 points.

Cal’s defense is stout. On the season, they rank 16th in college football in terms of total defense. They are allowing a paltry 319.4 yards of total offense to opposing teams on average this season. TCU ranks a respectable 26th, allowing 344.4 yards per game. On the offensive side, TCU gets the nod in terms of average points scored per game, ranking 96th in the country at 24.7 points per game. California comes in at 108th, with 22.8 points per game. Again, though, it is hard to put too much stock into this knowing the injury situation for the Horned Frogs.

TCU Trying To Get It Done With Backups

TCU started the season with Shawn Robinson at quarterback, but after a shoulder injury, his season was done. They then moved to Mike Collins, but he injured his right leg in a mid-November game against Baylor. Now, they are set to use senior Grayson Muehlstein. He has only started one game, but that one game equated to a win over Oklahoma State. The Horned Frogs are hoping to get a repeat performance in the Cheez-It Bowl. On the season, Muehlstein is 28 for 43 with 3 touchdowns and 0 interceptions. Still, having taken snaps in only 4 games (1 start), that is a pretty small sample size to have a true idea of his potential in this one.

For Muehlstein, his leading receiver is Jalen Reagor. On the season, he has 72 catches for 1,061 yards and 9 touchdowns. While others are involved in the passing game, no other player has even broken 500 yards receiving this season for TCU. In the ground game, it appears that leading rusher Darius Anderson will not be playing as he too has been dealing with injuries. That would leave it to Sewo Olonilua as the next leading rusher. He has rushed 103 times for 441 yards (4.3 average) and 1 touchdown. In their last game against Oklahoma State, he led the way in carries with 14, but it was Jalen Reagor who led the way in yards as he rushed 5 times for 121 yards.

Defense Needed To Secure The Win

For California, it will be all about the defense. This season they are holding teams to just 132.3 yards on the ground and 187.08 in the air. They are also the number 24 scoring defense in the nation and, with an average at best offense, will lean heavily on their defense to put themselves in good field position, if not to actually put up some points themselves. The defensive stat leaders for Cal are Evan Weaver (142 tackles), both Luc Bequette and Alex Funches (5 sacks each) and Ashtyn Davis (4 interceptions).

Offensively, the team is led under center by Chase Garbers. He has thrown for 1,413 yards and 14 touchdowns, although he has also thrown 7 interceptions. Garbers has also rushed for 398 yards and another score. The leading rusher for Cal is Patrick Laird, who has rushed for 932 yards and 5 touchdowns. Through the air, the leading receiver is Vic Wharton III. He has 50 catches for 502 yards and a touchdown.

Cal Wins In A Low-Scoring Contest

I just don’t see a whole lot of points being put up in this one. Neither offense is especially solid, and both defenses are above average. While the backups didn’t play too bad against Oklahoma State, I can’t say I trust a senior quarterback who is making just his second start of his career against one of the better defenses in college. For my money, I am taking the under in this one, and I am taking California despite giving up the one point.

Tonight’s NBA betting schedule is lacking in overly compelling matchups, but tonight’s action will also be taking place with a few notable names missing. Booker, Morant, and Lillard Sidelined Tonight and Beyond Booker Out Versus Pistons Due to Hamstring Injury The Phoenix Suns lost Devin Booker (hamstring) on Tuesday against Golden State but closed out END_OF_DOCUMENT_TOKEN_TO_BE_REPLACED