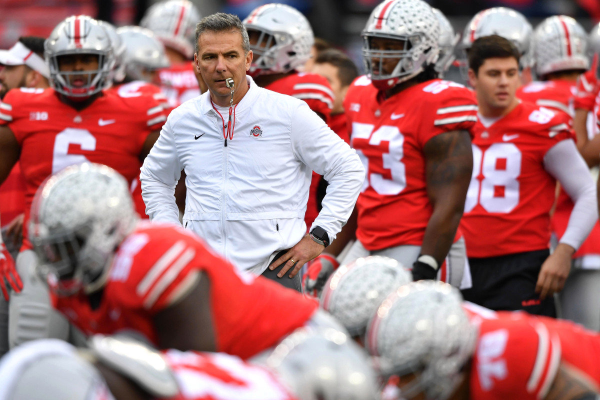 A pair of unlikely teams will meet up in the Big Ten Championship Game on Saturday night in Indianapolis. Ohio State capped off a crazy regular season by beating their rival Michigan to win the Big Ten East Division. Northwestern stunned everyone in the Big Ten West, going 8-1 in conference play to win the division. Ohio State has won their last five matchups against Northwestern, and they have beaten the Wildcats 30 out of 31 previous times.

The Buckeyes survived a few late-game scares and a blowout loss to Purdue this season but managed to rebound by winning their final four games of the season. Ohio State comes into this game ranked 6th in the most recent College Football Playoff rankings and will need a solid showing in this game and some help to crack the top four. Northwestern stumbled to a 1-3 start to the regular season but ended the season by winning seven of their final eight games. The Wildcats come into this game as a 14.5 point underdog against the Ohio State Buckeyes.

How Will Northwestern Score?

The biggest question coming into this game deals with the Northwestern offense. The Wildcats have struggled to score points all season long but will need an offensive explosion to keep up with Ohio State in this game. Northwestern averaged just 23.7 points per game during the regular season, and this won’t be enough scoring to win this game. Running back Isaiah Bowser has racked up 736 rushing yards and six touchdowns this season, and is the best offensive threat for the Wildcats. Quarterback Clayton Thorson will also need to have his best game in a Northwestern uniform to lead his team.

Ohio State is one of the most explosive offenses in the country, and they have been clicking on all cylinders of late. Quarterback Dwayne Haskins set Big Ten records this season for passing yards (4,081) and passing touchdowns (42). The Buckeyes lit up a terrific Michigan defense with 62 points in the regular season finale and should be able to use their athleticism to rack up points against Northwestern. Running back J.K. Dobbins has run for 961 yards this season and gives the Buckeyes a solid 1-2 punch.

The Buckeyes defense finally showed up in the win against Michigan, but they still have to prove that they can consistently play at a high level. Ohio State allowed nearly 26 points per game this season, including 51 points to a bad Maryland squad two weeks ago. The Buckeyes are giving up over 181 rushing yards per game, and this could give Northwestern a chance to run the ball and keep the score low.

Buckeyes Win in a Blowout

Northwestern will need to play a near-perfect game to compete with Ohio State and win the Big Ten Championship. The Wildcats don’t feature an explosive offense and will need to rely on their defense and running game to keep this game close. Northwestern has had a great season, but they are dealing with a determined Ohio State in this game.

Ohio State has one of the most talented rosters in college football, and they put that on display against Michigan. The Buckeyes come into this game with a ton of momentum, and they should roll over an inferior opponent. Northwestern will play hard, but Ohio State will blow out the Wildcats on Saturday night. Bet Ohio State -14.5 over Northwestern in the Big Ten Championship Game.