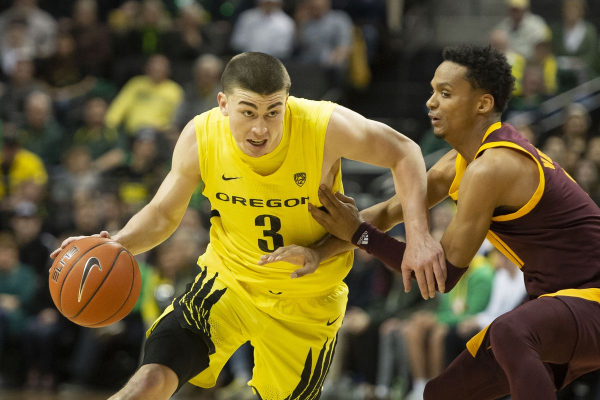 Sunday features a Pac-12 battle as the UCLA Bruins (10-9) travel to the Matthew Knight Arena to take on the No. 12 Oregon Ducks (16-4). UCLA would love to get a signature win in the midst of an inconsistent season, and beating the Ducks would do exactly that.

Oregon currently sits in second in the Pac-12 behind Stanford and will try to close the gap with a win over UCLA. Oregon comes in as big favorites and will look to take care of business on its home court. Tipoff for this one is scheduled for 5 pm ET.

It has been a pretty tough season for the Bruins thus far. They are 3-3 in their last six games but have won two in a row coming into play Sunday. UCLA’s only matchup against a Top 25 team was back at the end of November when it lost to Michigan State. The Bruins will look to beat their first ranked team Sunday.

Oregon has won five of its last six games, including two in a row over Washington and USC. The Ducks’ lone loss in that time was a setback to Washington State on the road.

Oregon has had a pretty tough schedule, as it has already played six games against ranked teams, going 4-2 in that time. Being battle-tested down the stretch will certainly help Oregon, and it is hoping to utilize it to take care of UCLA at home.

The Ducks come into this one as overwhelming 13.5-point favorites playing at home. The over/under for total points is set at 133.

Hoping To Pull Off Shocker

UCLA is having a struggling season, as it sits just one game over .500, and it can be attributed to a lack of offense. The Bruins’ lack of dominance can be shown simply in the fact that they only have one player averaging double-digits, and it isn’t a dominating amount. Their leading scorer is junior guard Chris Smith, who is averaging 12.5 points, 1.7 assists and 5.4 rebounds per game.

Looking To Stay Perfect At Home

Unlike UCLA, Oregon has an elite scorer, and it may have found another boost as well. Payton Pritchard is averaging 19.8 points, 4.3 rebounds and 5.8 assists per game. While he has been the main option, the Ducks are hoping junior guard Chris Duarte can keep up what he did in his last game.

Against USC, Duarte went for 30 points, 11 rebounds, a whopping eight steals and two blocks. If he can show that type of dominance, the Ducks could be hard to beat.

At a perfect 11-0, Oregon is deadly at home. Throw on top of that the fact that the Ducks have been better than the Bruins on both offense and defense this year, and I have a hard time seeing the Ducks losing this one.

The real question is whether they can cover the massive 13.5-point spread. In their wins, the Ducks have only beaten teams by more than 13.5 points six times and only twice in their last 12 wins. Long story short, I definitely see the Ducks winning this one, but for my money, I am taking the Bruins and the 13.5 points.