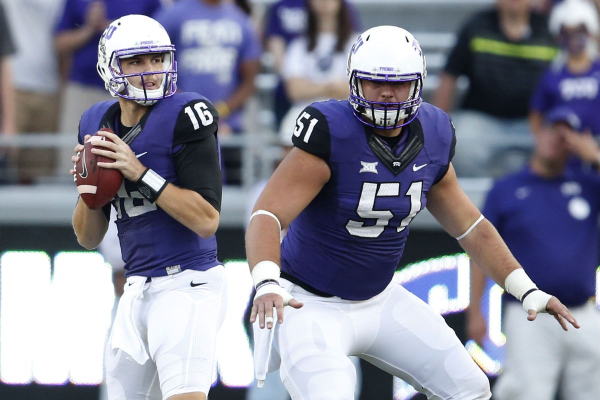 There’s a lot going on in the sports world this week, but the collegebasketball world rolls on with plenty of interesting news as well. Here are some of the top stories you may have missed over the past week.

The college football world rejoiced in last week’s news that the NCAA’s Division I Council has changed transfer rules for players, but that rule will also have a serious impact on basketball players. Starting in October, players will no longer need to get permission from a school in order to transfer. Instead, they will tell the school they want to leave and the school will have two days to put that player into a transfer database. Once in that database, schools with interest in pursuing that player as a transfer can contact the player directly. Needless to say, the rule change is long overdue and actually treats students-athletes like students.

On the Way Out

Evidence that the one-and-done rule could become a thing of the past continues to pile up. According to reports, the NBA sent a memo to teams last week informing them that “eligibility rules” could change as early as the 2021 draft. The memo said the league is reviewing issues related to “the corruption investigation in college basketball.” Obviously, this is all in the hands of the NBA, but it will have a profound impact on college basketball. However, the memo states that a change to do away with the one-and-done role isn’t likely to happen until 2021 or 2022.

In a crazy recruiting twist, one of the top recruits in the country, CharlesBassey, has committed to Western Kentucky. On top of that, the 6’10’’ Bassey will reclassify to the class of 2018 so that he’ll be able to play this coming season. Bassey moved to the U.S. from Nigeria when he was 14 years old. He was ruled ineligible to play the 2016-17 season at a Catholic high school in Texas before moving to Aspire Academy in Kentucky this past season. He is already on the Western Kentucky campus, so his recruitment is officially over. Many believe he will be a lottery pick after spending one season in college.

“After discussing this opportunity with my parents, I feel that this is the best decision for me,” said Bassey. “(Western Kentucky head coach) RickStansbury was the first coach to offer me, and I’m comfortable here. I know Coach Stansbury will push me, and I want to be a part of rebuilding this program. I’m looking forward to the challenges that college brings and hope to help us win the conference.”

Not to be outdone by WesternKentucky landing Bassey, John Calipari’s Kentucky Wildcats also benefited from a player reclassifying this week. Point guard Ashton Hagans committed to the Wildcats in April, but he has now decided to reclassify as part of the class of 2018 so he can play in Lexington this season. The five-star player from Georgia will become the fifth top-100 prospect in Kentucky’s 2018 recruiting class. Of course, the Wildcats saw five players leave early to enter the NBA Draft and two more transfer out of the program, so Kentucky was in need of a large recruiting class. Hagans may not start right away, but he’ll have an opportunity to see minutes as a freshman this season.

College basketball fans will find a familiar face on the George Washington sidelines this season, as former Duke point guard Greg Paulus has been hired as an assistant coach. Paulus played four years of basketball for the Blue Devils and then spent one season as the starting quarterback on the Syracuse football team before getting into coaching. He spent six seasons on the bench at Ohio State before spending last season as an assistant under David Padgett at Louisville. With Padgett out after one season as the interim coach of the Cardinals, Paulus joins Maurice Joseph’s staff at GWU. Joseph, a former player at Michigan State and Vermont guard, is 35-33 in his first two seasons at George Washington.

Filling Out the Staff

In another intriguing coaching move, Sam Mitchell is joining Penny Hardaway’s coaching staff at Memphis. Mitchell was the 2007 NBA Coach of the Year with the Toronto Raptors, who he coached from 2004 to 2009. Mitchell also spent the 2015-16 season as the interim head coach of the Minnesota Timberwolves. He will bring some much-needed coaching experience to the Memphis staff, as Hardaway’s only experience as a head coach has come at the high school level.