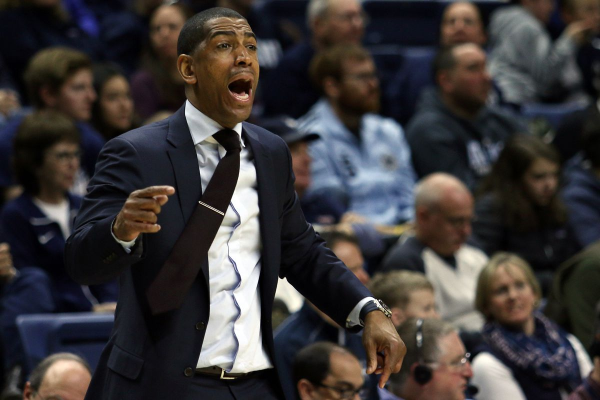 We may be deep in the collegebasketball offseason, but there is still a lot to talk about. Player movement continues over the summer, and of course, it wouldn’t be college basketball without some drama and controversy.

Former UConn coach KevinOllie is not going down without a fight. The University fired Ollie after back-to-back losing seasons. However, the school said it had “just cause” for firing him and so there was no need to pay him the $10 million owed on his contract. UConn performed an investigation that confirmed that Ollie either committed violations or knew about violations, giving the school enough justification to fire him without paying what’s left on his contract. However, Ollie is refusing to accept that outcome.

Ollie’s legal team has sent a letter to the university president demanding a retraction of NCAA transcripts that detail Ollie’s violations while he was the head coach at UConn. Those transcripts were released to the media via a Freedom of Information Act request, but Ollie’s team says they contain information that is both confidential and false. Ollie’s representatives are threatening to sue UConn for defamation, and they may do the same for the $10 million he’s still owed.

There will be an arbitration hearing on Ollie receiving the $10 million he says the school owes him. Meanwhile, the NCAA is yet to finish investigating the UConn basketball program for improprieties during Ollie’s tenure. Stay tuned, folks, because this story isn’t anywhere close to finished.

The Kansas Jayhawks received a pleasant surprise this past week when Lagerald Vick decided to return to school for his senior season. Vick, a 6’5’’ guard, declared for the NBADraft and then withdrew his name. However, he said at the end of March that he intended to play professionally next season, most likely overseas. But he has changed his mind and will play one more season in Lawrence.

Of course, BillSelf and the Jayhawks planned on not having Vick back, so his presence could create a rather crowded backcourt for Kansas. Nevertheless, Vick provides experience and perimeter shooting on a team that could be lacking both of those things next season. Vick started 35 games for the Jayhawks last season, scoring 12 points per game and shooting 37% from three-point range. His return may throw a wrench in Self’s plans, but Kansas will still be glad to have him back.

The Oregon Ducks welcomed a new member of their team this week in the form of graduate transfer Rehab Amin. The 6’4’’ guard will transfer to Oregon from Texas A&M Corpus-Christi. He originally committed to Nevada, but the Wolf Pack didn’t have a scholarship for him after three players pulled out of the NBA Draft. Instead, Amin will head to Oregon, where he will help them replace Troy Brown Jr., who stayed in the draft and was selected 15th overall.

Amin sat out last season with a hip injury, giving him the opportunity to become a grad transfer. The previous season, he averaged 16.9 points per game, as well as 3.4 steals per game, which led the nation. It’ll be a big step up from the Southland to the Pac-12, but Amin is a nice addition for the Ducks, who also welcome a top-5 recruiting class.

New Louisville head coach Chris Mack is all about graduate transfers to help the Cardinals get back to the NCAA Tournament in his first year at the helm. The latest to join the Cards is KhawnFore, who has one year of eligibility left after starting his career at Richmond. Mack described the 6’ Fore as an “explosive athlete.” Fore reportedly had offers from Auburn, Tennessee, and UAB, so he was a wanted commodity on the grad transfer market and could end up playing a big role in the Louisville backcourt next season.

While speaking on a conference call this past week, Kentucky coach John Calipari spoke of his desire for his team to have balanced scoring next season. The statement comes soon after the Wildcats added Stanford grad transfer Reid Travis to a team that is already welcoming another star-studded recruiting class and returns plenty of contributors from last season. Calipari says he wants six or seven players to average double figures in scoring, not have one guy averaging 25 points per game. Villanova had six players average double digits while winning the national championship this past season, but it’s been over 20 years since a team had seven. The fact that Calipari thinks it’s possible means he thinks highly of a team that most already view is favorites to reach the Final Four in 2019.