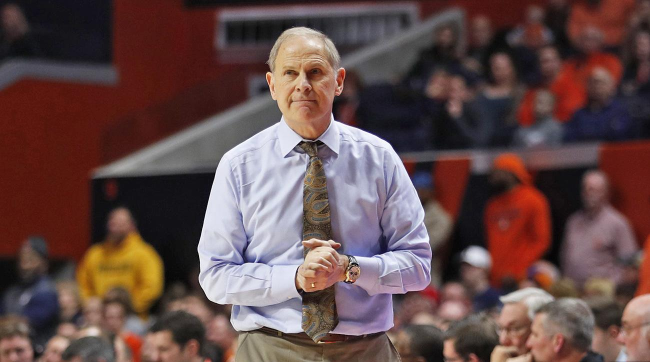 The college basketball season is long over, but the offseason won’t stop buzzing. Let’s catch up on everything that’s happened this week.

The coaching ranks got a major shakeup this week with longtime Michigan coach John Beilein leaving to become the head coach of the Cleveland Cavaliers. Beilein flirted with the NBA last summer but decided against it, ultimately signing an extension with Michigan. However, he’s taken the leap this time around. The move essentially ends Beilein’s 40-year career as a college head coach. In his 12 seasons at Michigan, he’s made the Wolverines one of the nation’s elite programs, going to five Sweet 16’s and two Final Fours in the last seven years. He leaves big shoes for Michigan to fill.

The name of Arizona coach Sean Miller came up in a rather unflattering way during the recent court case in which a former Adidas rep and aspiring agent were found guilty of bribery. However, the university is standing behind Miller, with university president Robert Robbins saying “Sean’s our coach” in a recent TV interview. Of course, Arizona is also under investigation from the NCAA, so that could change.

Rule changes both on and off the field could be coming both on and off the court. On the court, the NCAA Rules Committee recommended moving the 3-point line back by a foot, opening the door for a change to be made in time for next season. The committee also recommended resetting the shot clock to only 20 seconds following an offensive rebound, allowing coaches to call live-ball timeouts in the final two minutes of the 2nd half and overtime, and expanding replay to include goaltending calls late in games and in overtime.

Away from the playing field, the NCAA is putting a group together to explore the possibility of players being able to make money from their name, image, and likeness. The report is due in October, so no changes will be made right away. However, this is a step in the right direction for the NCAA allowing athletes more freedom to receive some kind of compensation.

National champion Virginia picked up a commitment this week from junior college guard Tomas Woldetensae. The native of Italy shot 48% from three-point range at Indian Hills Community College in Iowa last season. With both Kyle Guy and Ty Jerome leaving for the NBA, there’s a massive vacancy in the Virginia backcourt that the Cavaliers hope Woldetensae can help fill.

One of the top grad transfers on the market is heading to Memphis. Rayjon Tucker, a 6’5’’ wing player started his career at Florida Gulf Coast before transferring to Little Rock. He averaged over 20 points per game at Little Rock last season but will use his final year of eligibility at Memphis, assuming he withdraws his name from the NBA Draft. The addition of Tuckers make the Tigers even more interesting next season, as head coach Penny Hardaway has already pulled in four of the top-100 high school recruits in the country in the class of 2019.

There were countless other transfers to find new schools this week. Let’s recap a few of the more notable players switching schools.

Washington State has added Colorado State grad transfer Deion James, who will use his final year of eligibility with the Cougars. James, a 6’8’’ forward, averaged 10 points and five rebounds at Colorado State last season.

Georgia will get help next season from Northeastern grad transfer Donnell Gresham. The 6’2’’ guard was a regular starter for NCAA Tournament participant Northwestern, averaging nearly 10 points per game.

Former Kentucky guard Jemari Baker will continue his career at Arizona. He played sparingly as a redshirt freshman at Kentucky this past season and will have to sit out next season before being eligible for the 2020-21 season.

Iowa State also added a traditional transfer this week, landing Troy’s Javan Johnson. He played two seasons at Troy, averaging over 10 points and four rebounds per game this past season. The 6’7’’ forward will sit out this season but have two years of eligibility for the Cyclones starting in 2020-21.

Vermont landed two power-5 big men on the transfer market this week. Alabama grad transfer Daniel Giddens will give the Catamounts some much-needed size in 2019-20 to a team that brings back a lot from its NCAA Tournament squad this past season. Meanwhile, 6’8’’ forward Duncan Demuth will transfer from Oklahoma State to Vermont. He’ll sit out next season but has three years of eligibility after that.