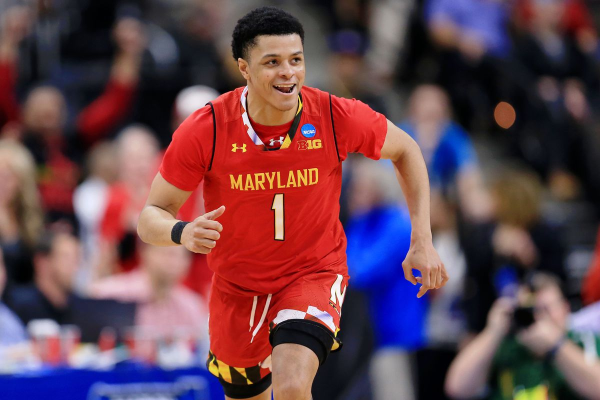 Last week was the deadline for college players to decide whether or not to remain in the NBA Draft or return to school. Let’s recap all of the last-minute decisions and catch up on all of the other big news from the past week.

Among the players who will be returning to college next season after pulling their names from the draft are Maryland’s Anthony Cowan Jr., Duke’s Javin DeLaurier, Virginia’s Mamadi Diakite, Seton Hall’s Myles Powell, Kentucky’s E.J. Montgomery, and Louisville’s Jordan Nwora. Obviously, all of those schools will be better off next season with those players coming back.

To the Next Step

Meanwhile, among the players who have decided to take their chances in the draft are Duke’s Marques Bolden, Minnesota’s Amir Coffey, and Little Rock’s Rayjon Tucker, who previously committed to Memphis as a grad transfer but will turn pro instead.

The draft entry deadline got a little complicated for the Kansas Jayhawks. The good news is that guards Devon Dotson and Quentin Grimes both removed their names from the NBA Draft. However, Grimes has decided to enter the transfer portal rather than return to Kansas. His destination is known, although it’s likely he’ll have to sit out next season. Dotson, meanwhile, will play for the Jayhawks next season and have a chance to be one of the top point guards in both the Big 12 and nationally.

Returning but Getting Out of Here

Virginia Tech big man Kerry Blackshear appears to be following a similar path to Grimes. Blackshear pulled out of the draft but is “still evaluating my options for my last year of eligibility.” With Virginia Tech coach Buzz Williams leaving the school for Texas A&M, Blackshear appears poised to also leave Blacksburg and spend next season as a grad transfer, although his destination is also unknown at this time. However, once he enters the transfer portal, he’ll be one of the top grad transfers available.

Former Villanova guard Jahvon Quinerly has found a new home at Alabama. Quinerly was a McDonald’s All-American and a big part of Villanova’s top-flight recruiting class last year. However, his freshman season with the Wildcats was not what he expected. Quinerly struggled for playing time, averaging just nine minutes per game and sitting out nearly a dozen games entirely. He will apply for a waiver to be eligible right away, but the New Jersey native is likely to sit out next season at Alabama. However, if he’s granted immediate eligibility, new Crimson Tide head coach Nate Oats could have a potent backcourt on his hands after adding West Virginia grad transfer James Bolden earlier this offseason.

Penn State transfer Rasir Bolton has officially signed with Iowa State. As a freshman last season, the 6’2’’ Bolton averaged 11.6 points per game for the Nittany Lions. He is likely to sit out next season and then have three years of eligibility left. However, he may apply for a waiver that would allow him to play next season and immediately help the Cyclones replace the likes of Lindell Wigginton and Talen Horton-Tucker, two high-scoring guards who turned pro early.

Everyone Needs a Good Assistant

Juwan Howard’s first big decision as the new head coach of Michigan has been to hire longtime St. Joseph’s coach Phil Martelli as one of his assistant coaches. Martelli was fired in March with the St. Joseph’s program starting to struggle. He was at the Philadelphia school for 34 years, 10 as an assistant and 24 as the head coach. His experience as a head coach should be a valuable asset for Howard, who is getting his first head coaching job at a major program that has lefty expectations on a yearly basis.

It looks like Kentucky coach John Calipari will no longer have his son on the sidelines with him. Brad Calipari, a walk-on with the Wildcats, has entered the transfer portal. Brad played sparingly in his first two seasons at Kentucky, playing in 27 games and averaging less than three minutes per game. He redshirted this past season and was on track to graduate in three years, meaning he’ll be able to transfer with two years of eligibility left and play right away without sitting out a year. Coach Cal is actually understanding of his son’s choice, knowing there won’t be many minutes for him at Kentucky.